“I have hade several birthdays myself some it’s a wonder I lived through but they say joy never kills an I Guess this is true caus Iv swollowed enough joy to drowned a cow on sevral occasions.” – CM Russell to Paris Gibson, June 29, 1916

Today marks Charles Russell’s birthday. By the time Russell died in 1926, he had established a career as an artist of the American West, leaving a lasting legacy in painting, watercolor, and bronze. In addition, Russell was a devoted author of correspondence, producing more than 500 letters, most of which were illustrated. Because expressing himself through writing was a challenge (the rules of spelling, punctuation, and grammar were not the artist’s forte), he resorted to pictures to convey his sentiments, as seen in the Sid Richardson Museum’s Maney Snows Have Fallen. . . 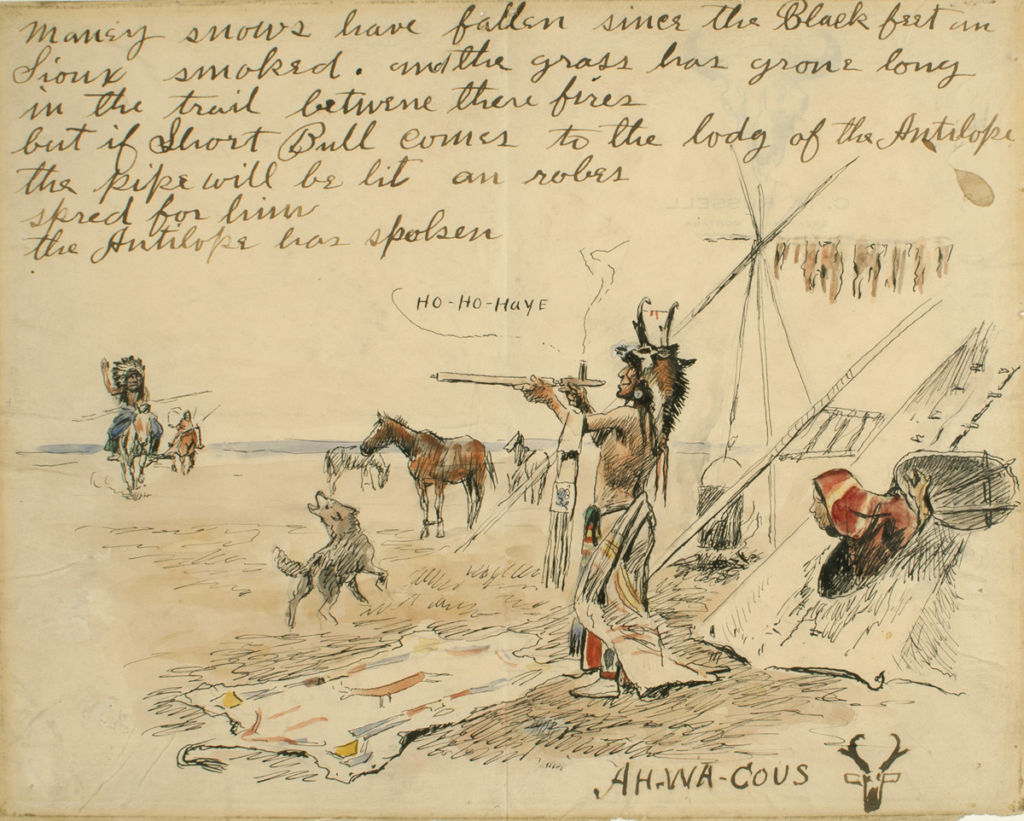 Many snows have fallen since the Blackfeet and Sioux smoked, and the grass has grown long in the trail between their fires. But if Short Bull comes to the lodge of the Antelope the pipe will be lit and robes spread for him. The Antelope has spoken.

Russell signs the letter with his Blackfoot name “Ah-Wa-Cous,” which translates to Antelope. Earlier in his career, in 1887-1888, it is believed Russell spent time near Alberta, Canada living among the Blood Indians, a subgroup of the Blackfeet. When Charlie had visited, he was still working as a cowboy, and as such was wearing wool trousers that had been patched or reinforced with light-colored buckskin. These reinforced pants were popular in the early days and gave the rider a good grip on their saddle, eliminating the need for chaps. The shape, color, and location of the buckskin on Charlie’s backside reminded the American Indians of the antelope, thus the name Ah Wa Cous. 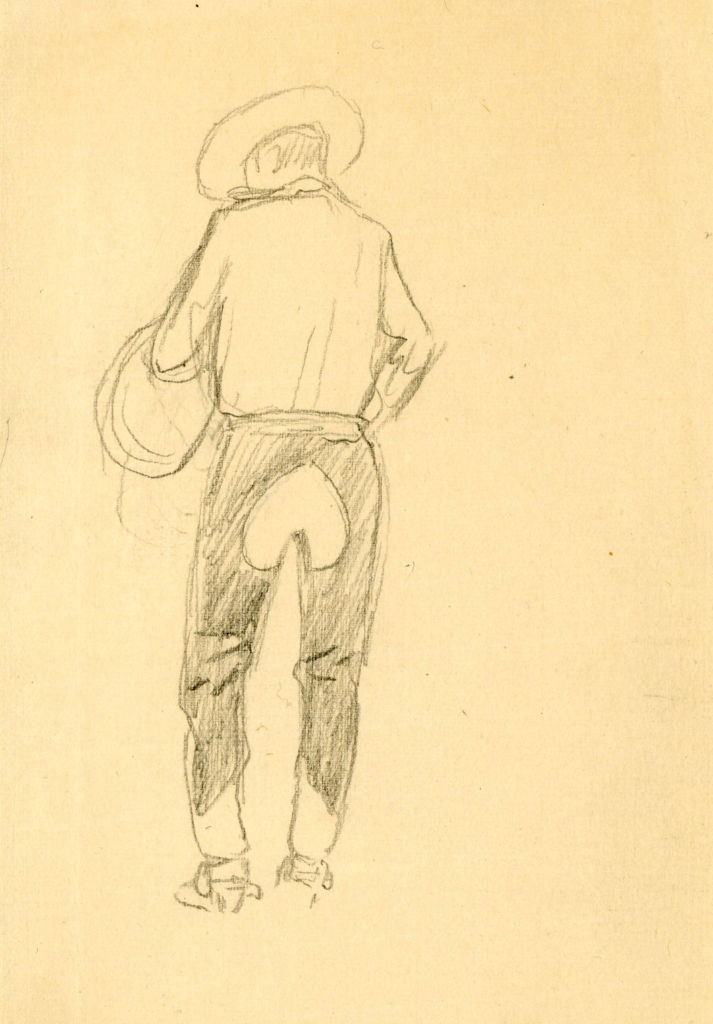 Written with great imagination, the letter demonstrates the artist’s sense of humor and his love for the American Indian culture. Reserved only for a special few among his friends, Russell would sometimes portray himself as a Plains Indian and his recipient – likely an Easterner – another Native tribe. In this case, the artist has depicted himself and his wife as Blackfeet, extending the welcoming pipe to two Sioux visitors, or “Short Bull.” The Sioux and Blackfeet were often enemies on the American frontier. Smoking the peace pipe, a sacred tradition for Plains Indians, was commonly used to confirm treaties and agreements. 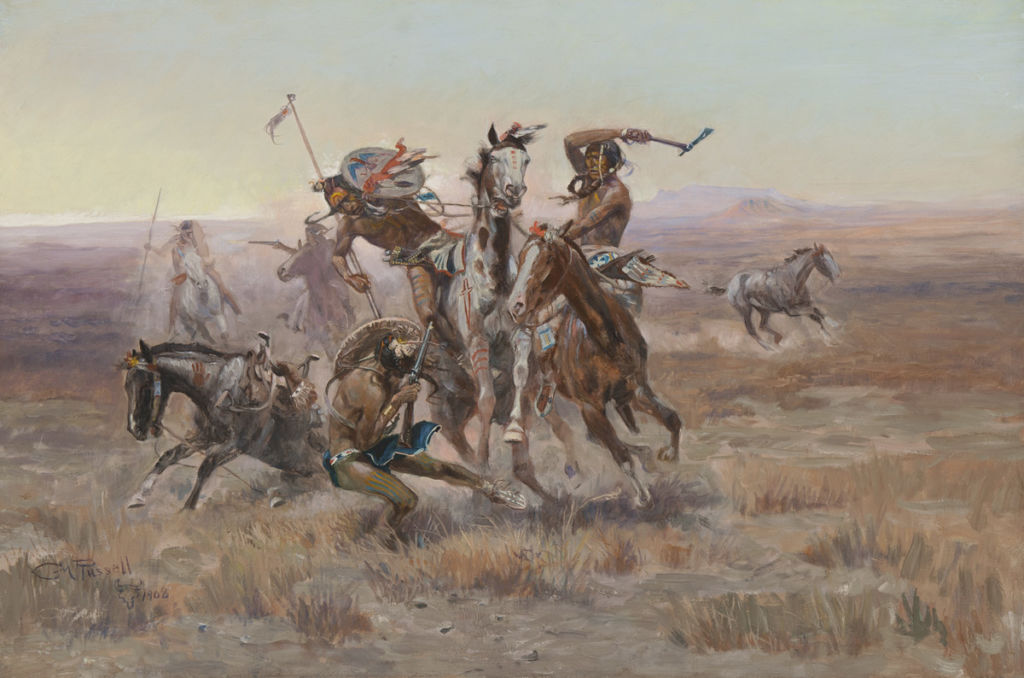 The identity of “Short Bull” is unknown. A possible correspondent could have been Jim Gabriel, a performer with Buffalo Bill’s Wild West show, with whom Russell was acquainted. Gabriel also spent time during the Sioux wars as a courier for General Nelson Miles.