MISSION of the Sid Richardson Museum

The Sid Richardson Museum educates, engages, and inspires its visitors to find meaning, value, and enjoyment in exploring its collection of paintings of the American West.

The Sid Richardson Museum, a Fort Worth art museum located in historic Sundance Square, features permanent and special exhibitions of paintings by the premier Western artists, Frederic Remington and Charles M. Russell. The works, reflecting both the romance and reality of the American West, are the legacy of the late oilman and philanthropist, Sid Williams Richardson. Most were acquired by him from 1942 until his death in 1959. The collection also includes works by Oscar E. Berninghaus, Charles F. Browne, Edwin W. Deming, William Gilbert Gaul, Peter Hurd, Frank Tenney Johnson, William R. Leigh, Peter Moran, and Charles Schreyvogel.

In 1947 Sid Richardson established a foundation for the purpose of supporting not-for-profit organizations that serve the people of Texas. Throughout the years, the board of directors and staff have sought to fulfill his vision by providing grants primarily in the areas of education, health, human services, and the arts and humanities. 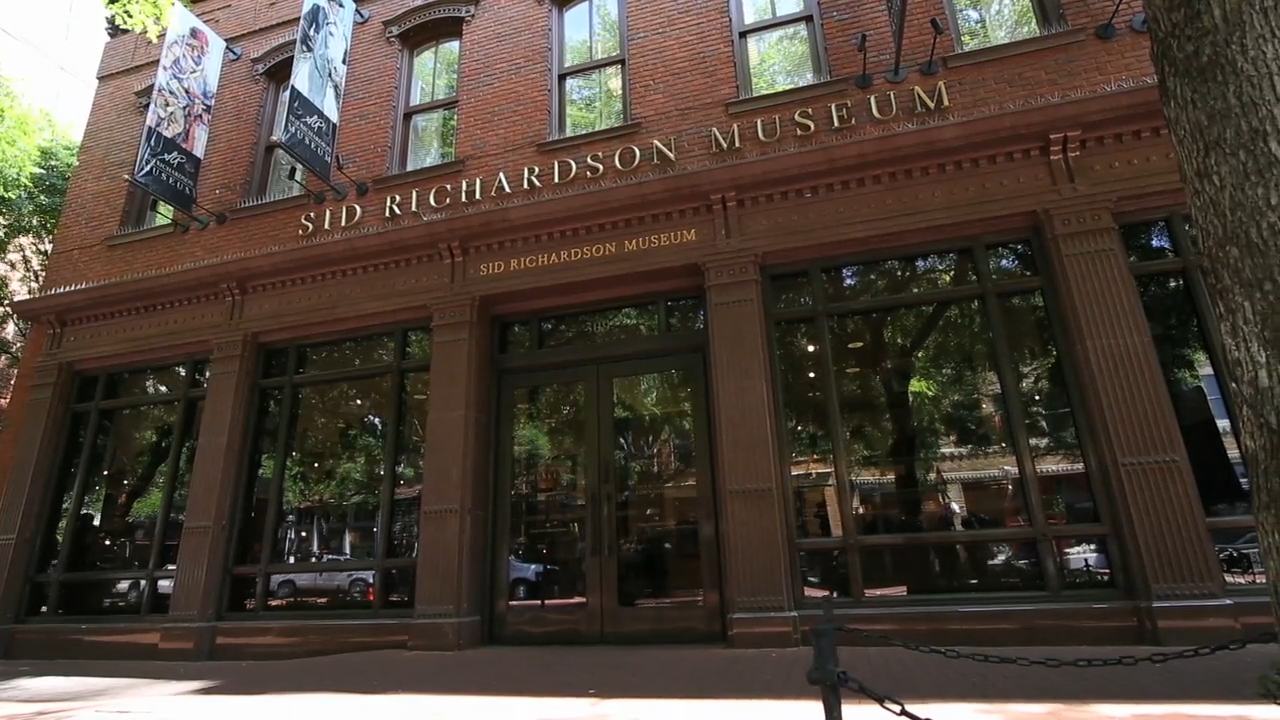 The Sid Richardson Museum opened in 1982. The location of the museum is in historic Sundance Square, an area of restored buildings in downtown Fort Worth. The site was chosen by the Foundation trustees both for its convenience to downtown visitors and workers and for the historic atmosphere of the area. With an annual attendance numbering over 50,000, visitors come from all 50 states and over 53 foreign countries.

Beginning in 2005, the art museum underwent a 14-month renovation, reopening in 2006 with an additional 30% square footage, enhanced Gallery and educational spaces, and a new windowed facade. The renovated building contains red granite from the Texas Hill Country and is ornamented with bronze brass buffalo medallions.

Following Sid Richardson’s philosophy of helping others, this free art museum offers educational resources and programs, such as tours for families, adults, and children.

With many of us at home, video conferencing has become a favorite way to connect with co-workers, classmates, friends and family. Now, you can add a touch of the west to your online video chats with Sid Richardson Museum virtual backgrounds.  It’s easy to add these backgrounds to your next video chat.  Simply right-click on the image and save it to your computer. Then, follow the conferencing platform’s instructions to add to your video conferencing. 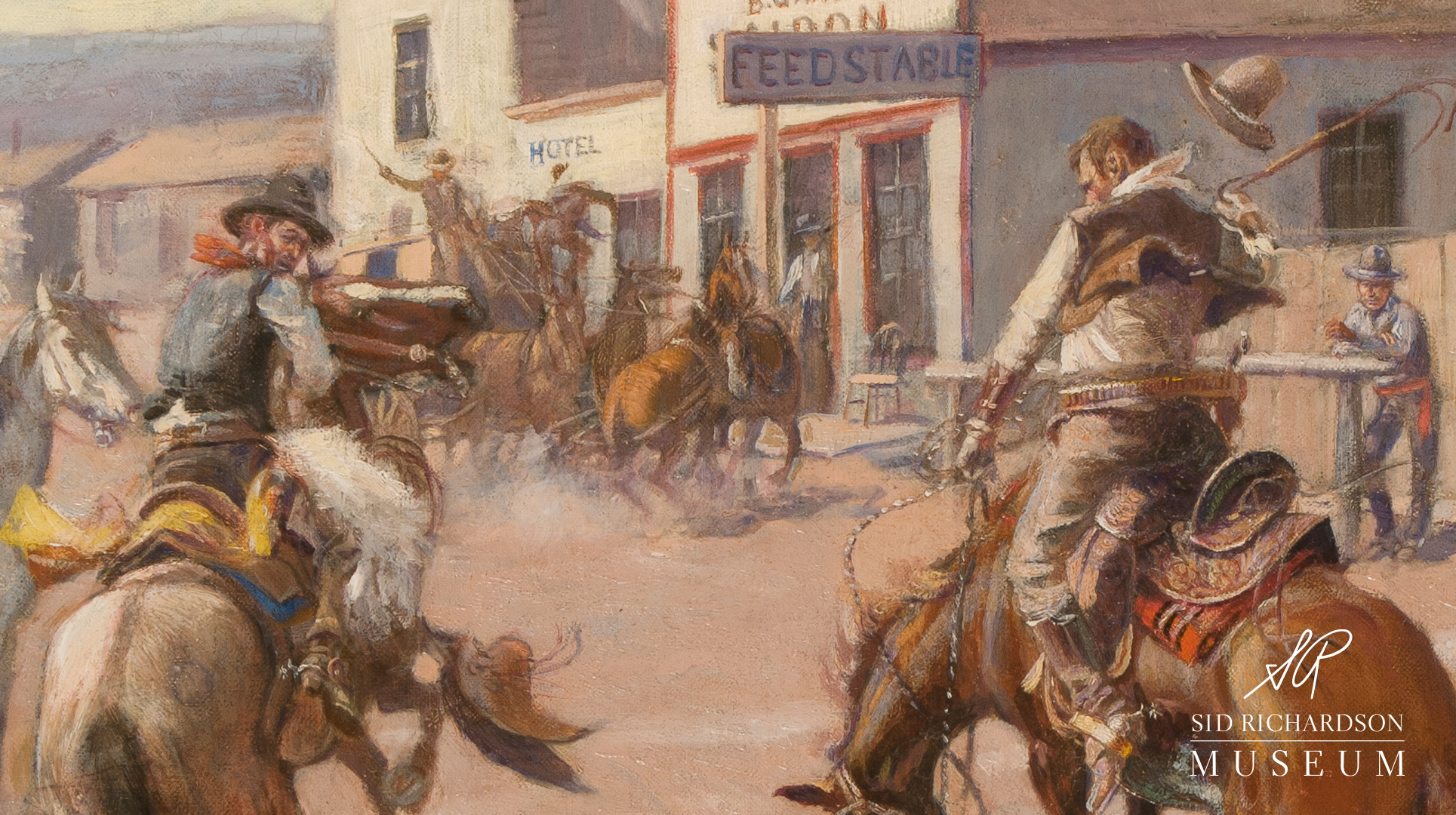 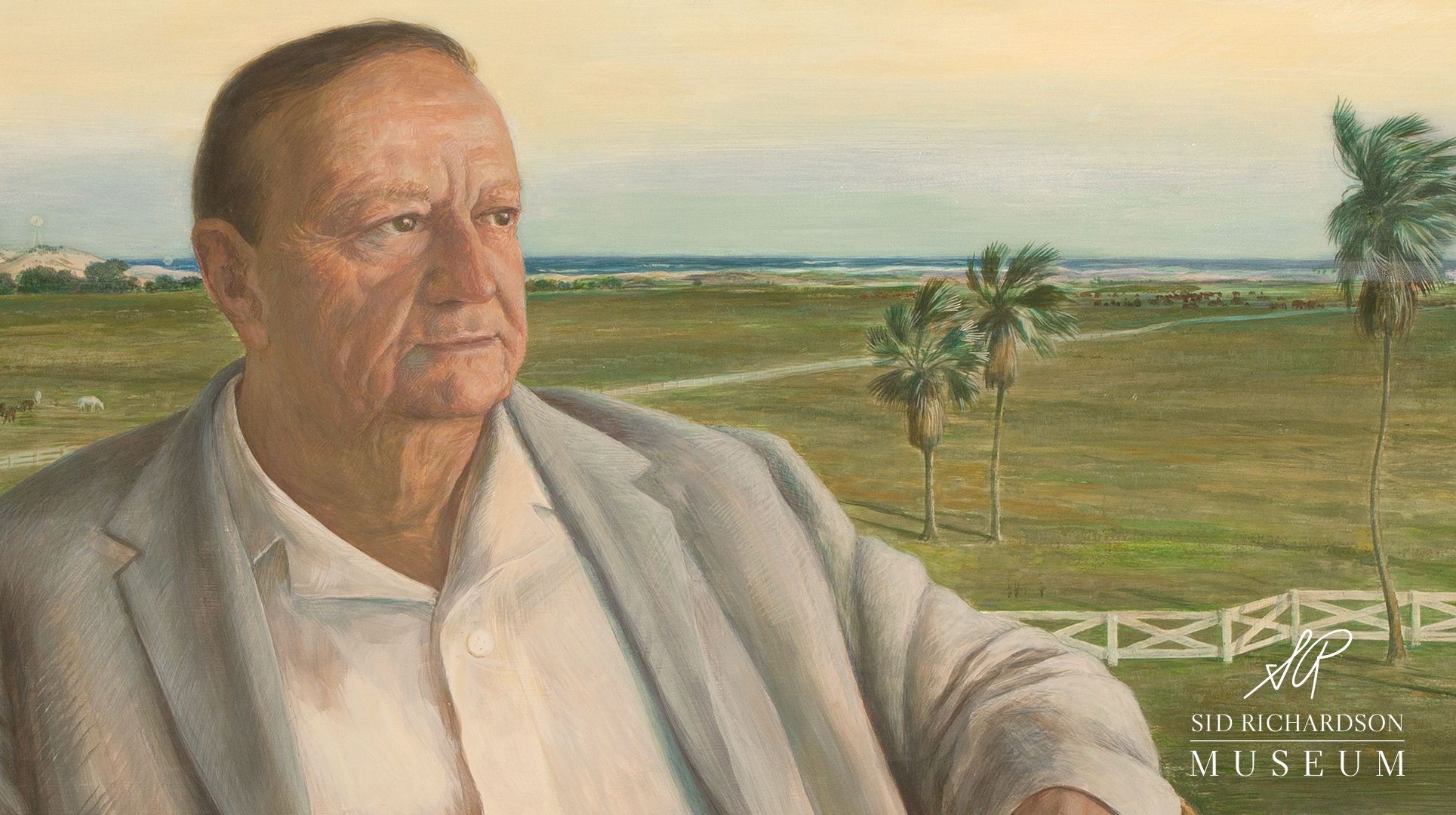 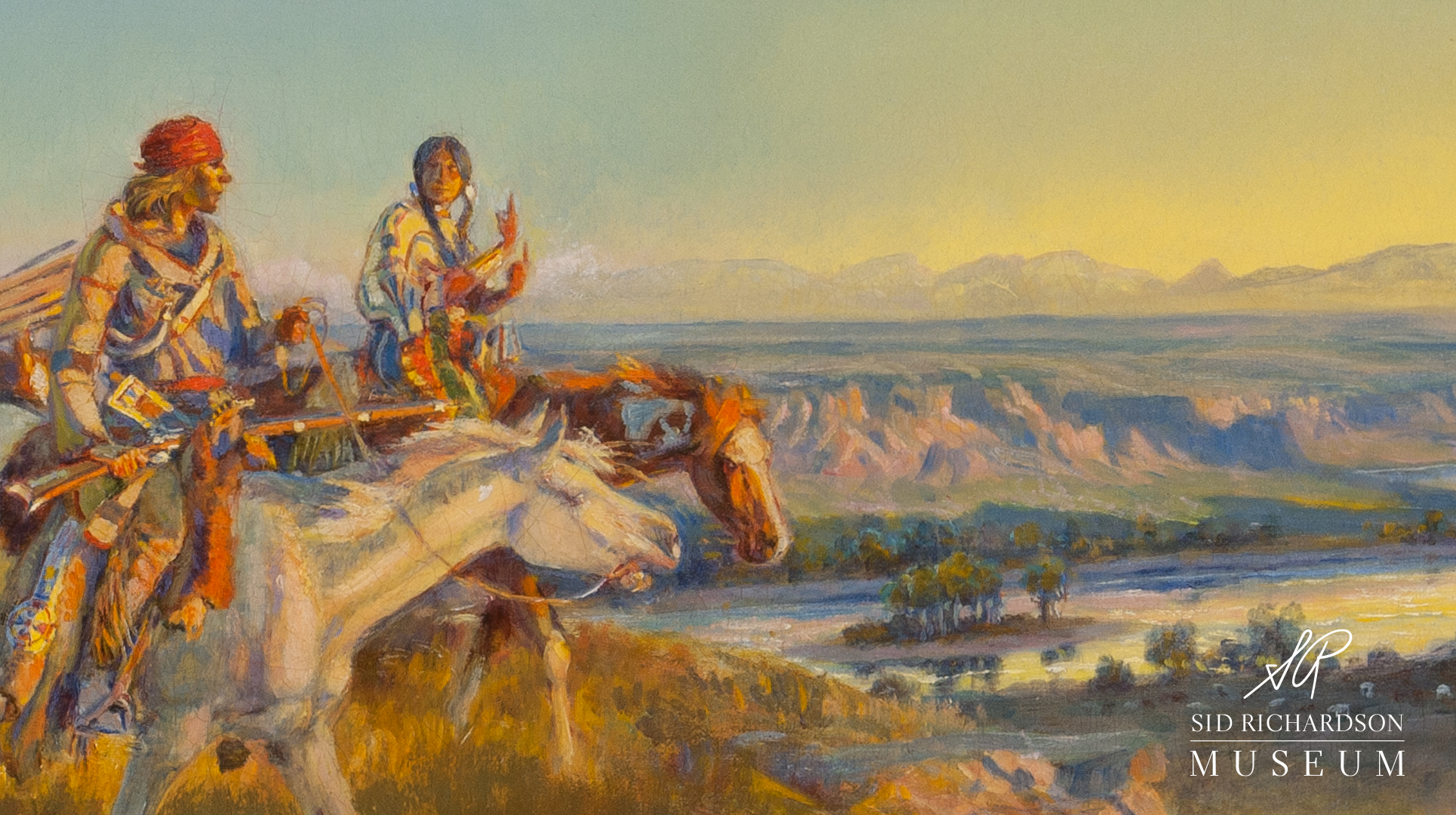 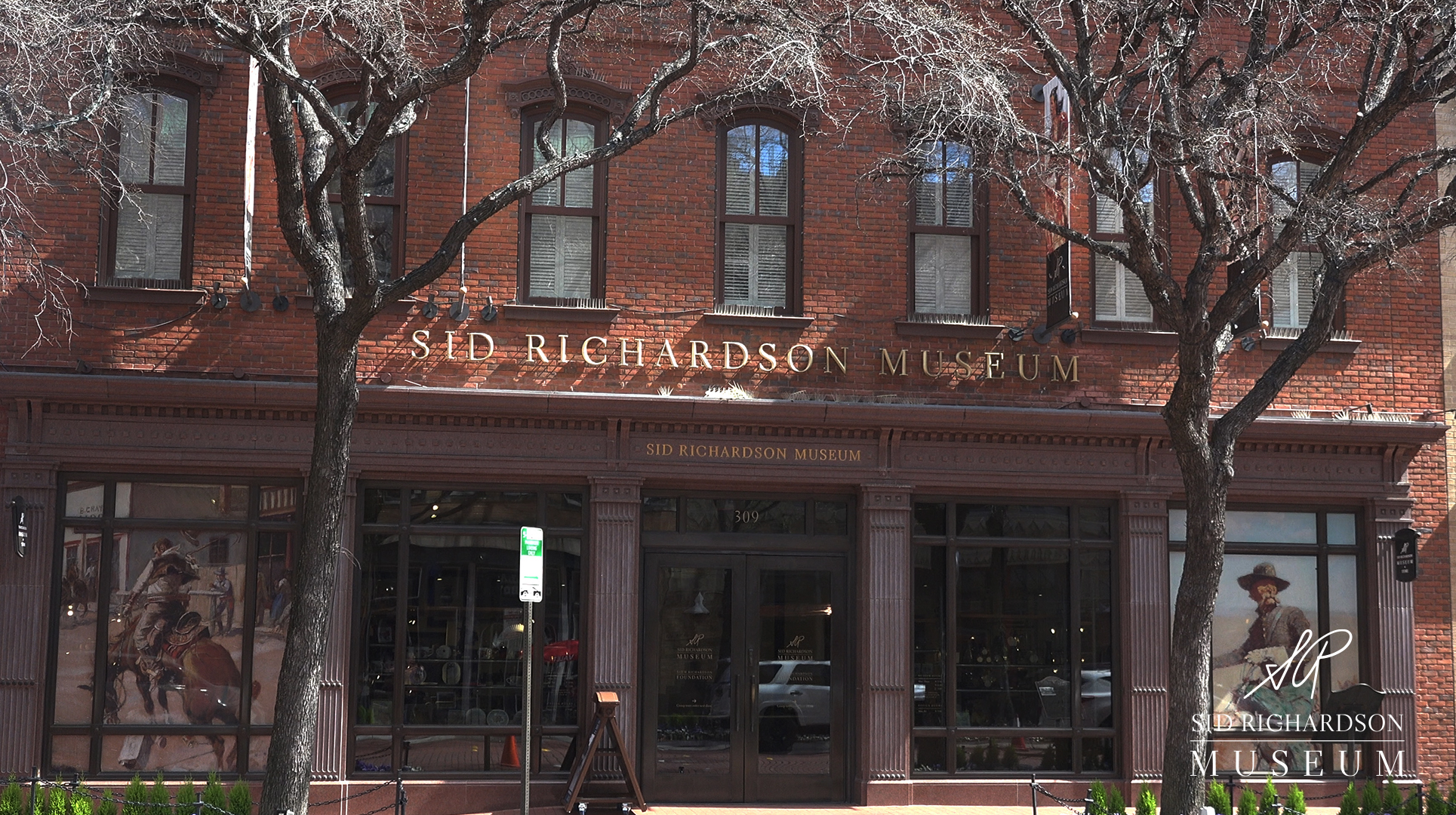