The West that has Passed

The West that has Passed

Between 1911 and 1916, Charles Russell’s first national exhibition “The West That Has Passed” was held in great cities like New York, Chicago, and Pittsburgh and across the pond in London. The exhibition was a significant milestone in Russell’s career. Although it didn’t garner many sales, the exhibit did earn the respect of critics, who had begun to take the cowboy artist seriously. News of Russell’s success soon spread. 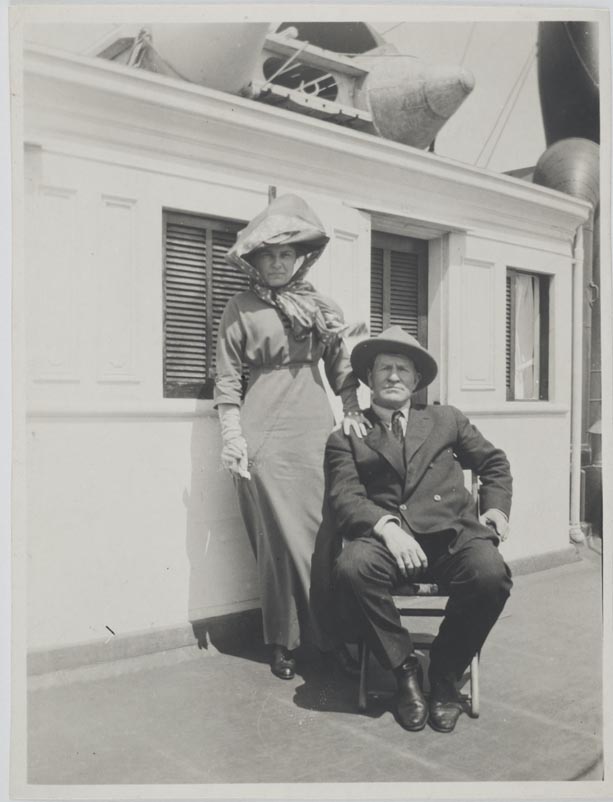 Nancy and Charlie posing on board a ship headed to Savannah for a well-deserved vacation after the successful “West That Has Passed” exhibition in New York. Nancy handed her Kodak to a stranger for the snapshot, May 1911. Charles M. Russell Research Collection. TU2009.39.273.5b. The Gilcrease Museum. University of Tulsa.

At the same time that Russell’s work and that of other Western artists began to rise in popularity, so too did art of the Modern movement. Oddly enough, when Charlie’s exhibit “The West That Has Passed” traveled to the Doré Galleries in London in 1914, the work hung simultaneously with a show of works by the newly formed Futurists in the next room. Futurists had evolved from the Cubists, favoring speed and glorifying modernity. How funny then that a show that celebrated a time passed paralleled an exhibit of works looking to the future!

Charlie was not a fan of his gallery mates’ artwork, nor did he enjoy the work of many European modernists or Old Masters. After the Doré exhibit ended, Charlie and his wife Nancy took a brief excursion to Paris and visited the Louvre. But Charlie was not impressed and longed to return home to his log studio in Montana. 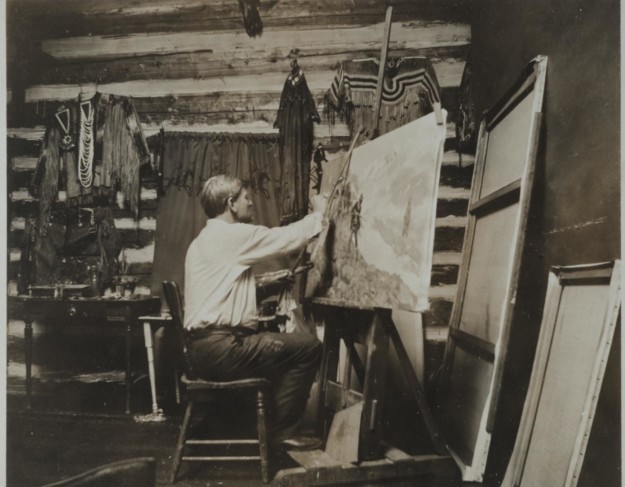