During the Great Depression era, like many of his peers, Hurd joined the New Deal art projects to execute several post office murals in locations such as Dallas and Big Spring, Texas and Alamogordo, New Mexico, his native state. In Texas alone, the federal government commissioned 106 artworks for 69 post offices and federal buildings. Several of these pieces are now lost. As a scholar and admirer of American and Texas art of the 1930s, I have made it my personal mission to visit and document the remaining. 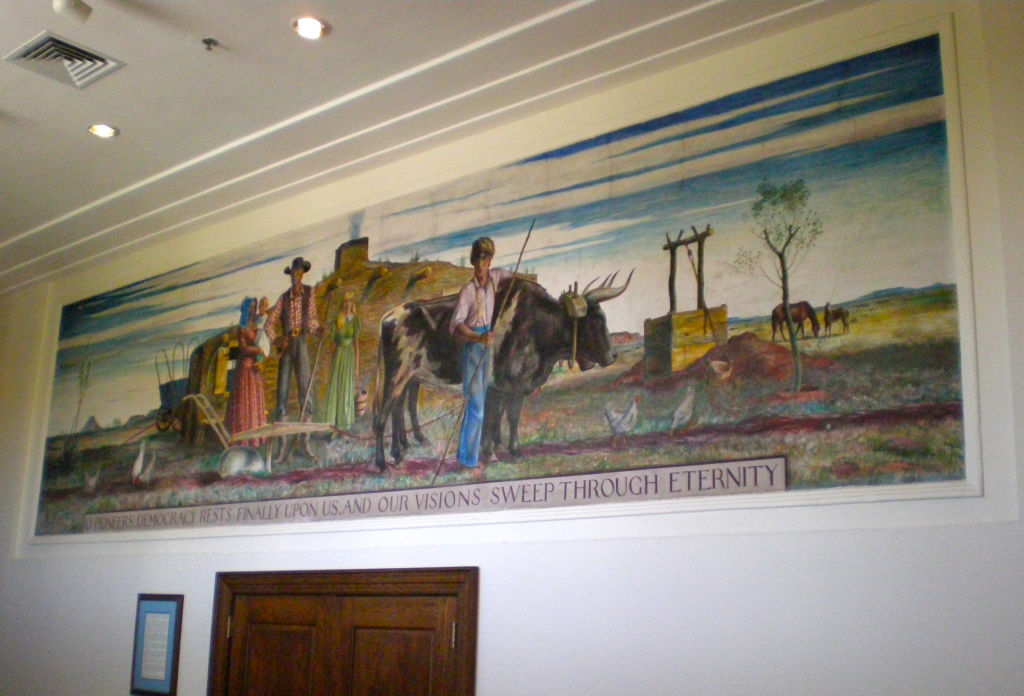 One of the Texas post office murals I have visited is Peter Hurd’s O Pioneers, which he painted in 1938 for Big Spring. The title is stems from a poem by Walt Whitman, a line of which is modified and inscribed on the mural:

The painting depicts a domestic scene of pioneer life on the West Texas prairie. The Section of Fine Arts liked to project images of stability with its frontier subjects and encouraged Hurd to add details that would communicate such, like fat chickens and clothes hanging on the line to dry. While the clothesline doesn’t appear in this composition, Hurd did include the plump poultry, reinforcing another message endorsed by the federal officials: hard work leads to prosperity. In addition, Hurd attended to local details, incorporating Big Spring’s identify mesa, Signal Mountain, in the background. 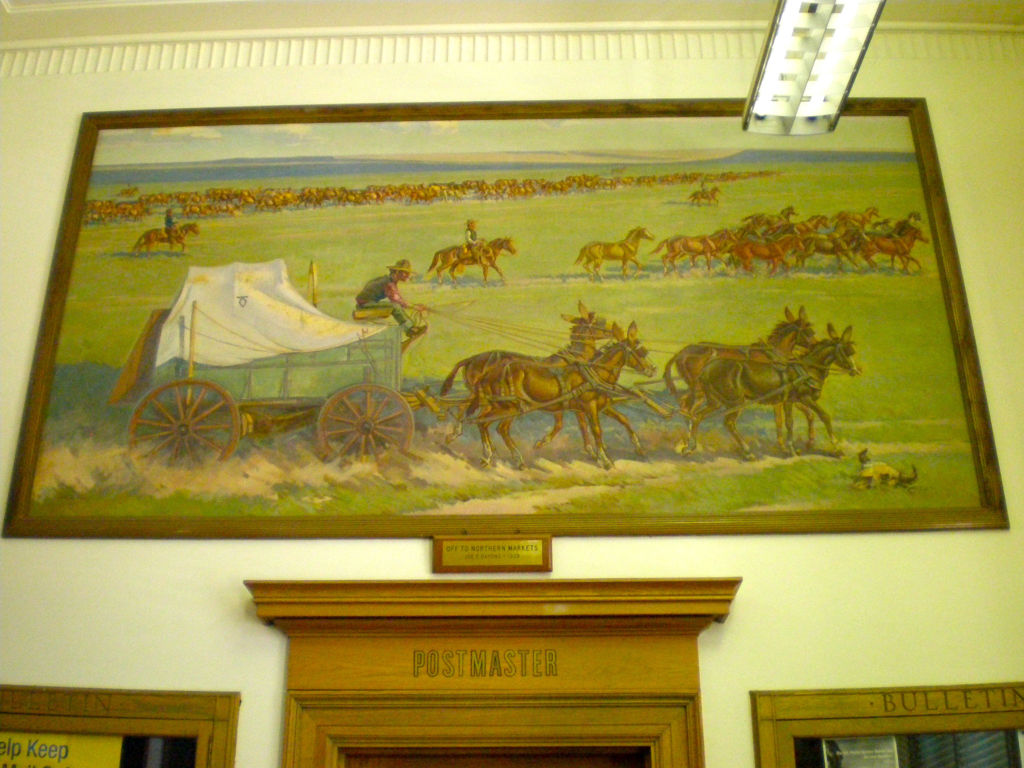 To our museum visitors and Charles Russell followers, another familiar name found among the Texas post office murals is the cowboy artist’s only protégé, Joe De Yong. In 1939, De Yong painted Off to Northern Markets, for the Gatesville post office. Although a California artist, De Yong grew up among Texas and Oklahoma cowboys, providing him with some knowledge of cattle drives. (Fun fact: De Yong worked on this Gatesville mural while serving as technical advisor and costume designer for the Cecil B. De Mille movie Union Pacific.)