To complete our stock show series, today we’ll highlight the legend of the Fort Worth Stock Show and its connection to the Sid Richardson Museum collection.

One artist included in our current exhibition Western Treasures is Frank Tenney Johnson.  Like Remington, Johnson began his career as an illustrator for many popular magazines. He studied under the likes of Richard Lorenze, a well-known painter of Western subjects, and John Henry Twachtman of the Art Students League, New York. 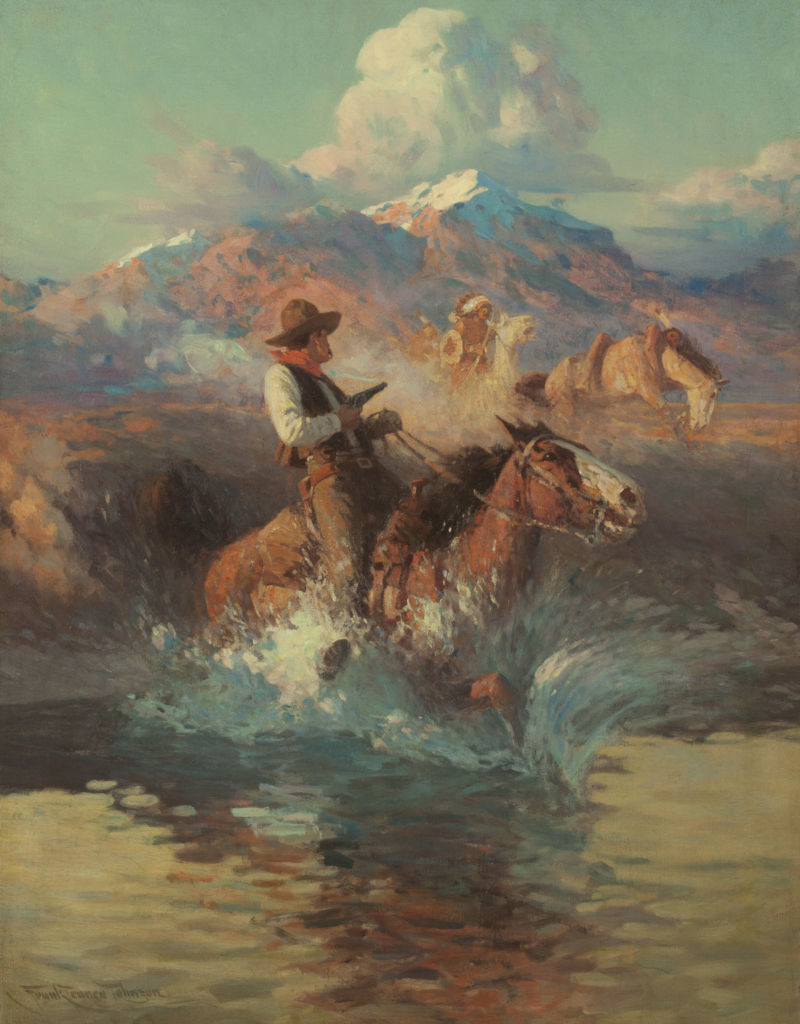 Johnson exhibited in various institutions, including a one-man show at the Fort Worth Museum of Art (now the Modern Art Museum of Fort Worth) in 1930, which then traveled to the Highland Park Society of Arts in Dallas. 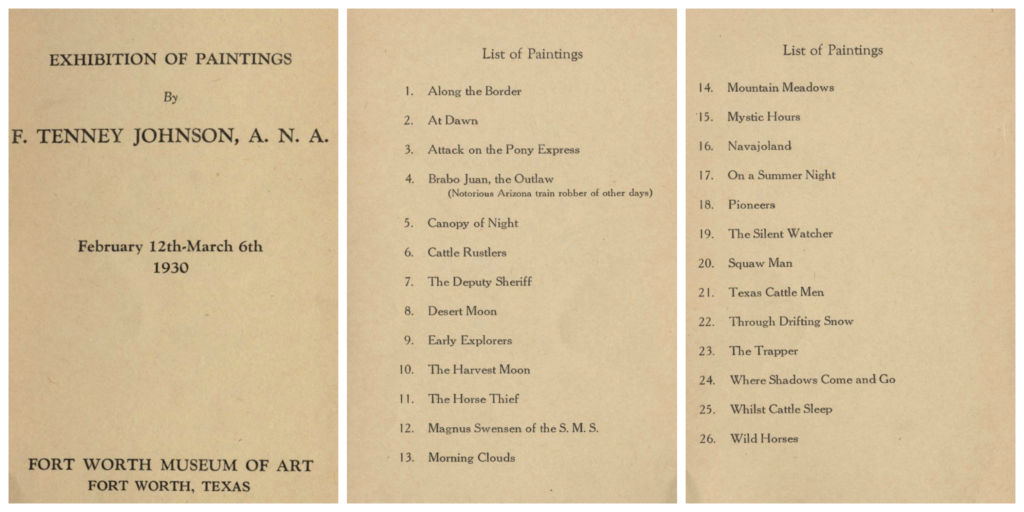 The artist’s exhibition coincided with the nearby annual Southwestern Exposition and Fat Stock Show, where Johnson spent much of his time watching and sketching at the rodeo contests. On one occasion he wore a pair of chaps and had his picture taken for the newspaper. In the photo, the artist can be seen standing alongside the notorious “Midnight,” a big black outlaw horse that had never been “ridden” despite the many attempts by the best cowboys in the business. 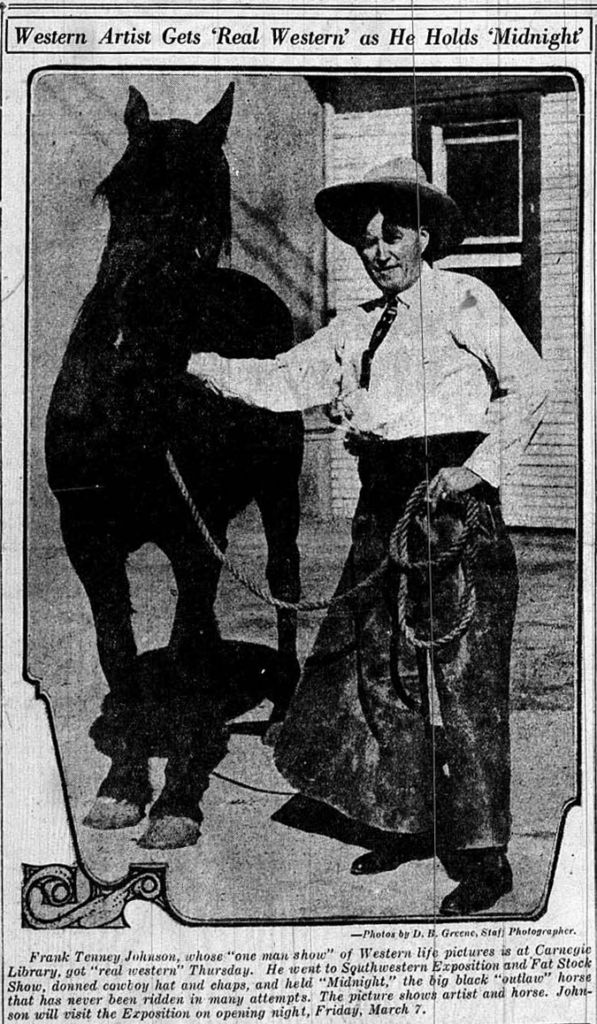