Today, Charles M. Russell is a household name among patrons of art of the American West. Who do art historians consistently credit for being the reason we have the beautiful Russell artworks that not only grace our galleries at the Sid Richardson Museum, but many public and private collections around the world? The artist’s wife, Nancy Cooper Russell.

Born in 1874 in Kentucky, Nancy Cooper moved with her family to Montana in 1890. Four years later, at the age of 16, Nancy was left to fend for herself and eventually found work as a live-in housekeeper for a couple in Cascade, Montana. It was at their home where Nancy first met Charlie. A year later, in 1896, they married. Charlie was 32. Nancy was 18.

“I married the only Charlie Russell in the world, and my life has been full of romance, which they like to make movies out of, only mine happens to be real.”     Nancy Russell, 1924 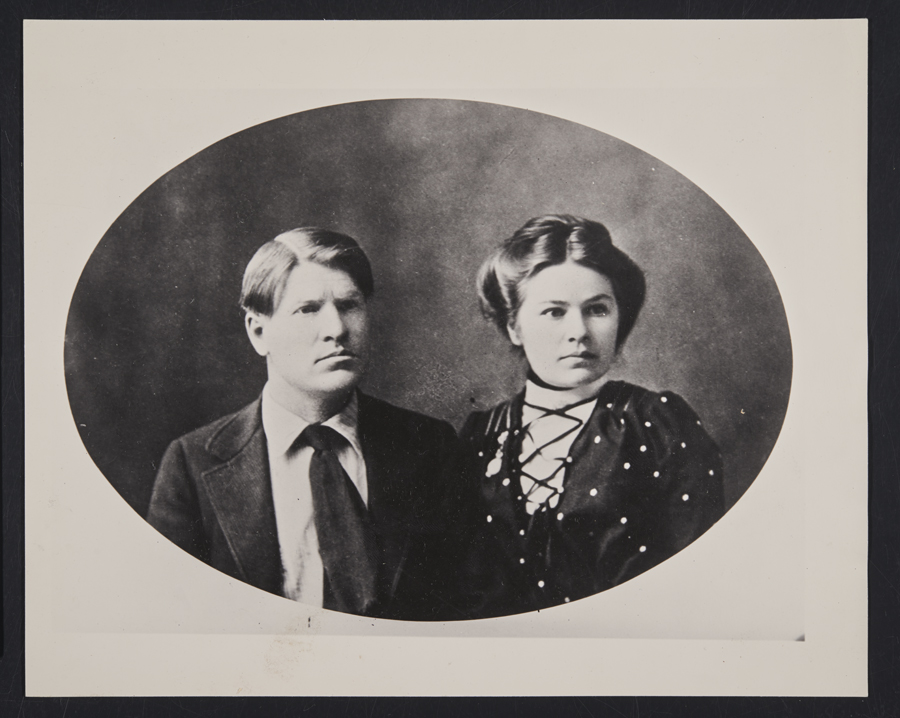 Although Nancy was young and had little education, she possessed great motivation. Without Nancy’s direction and business savvy, Charlie could have easily continued his life as a cowboy, trading sketches for drinks at the nearby tavern rather than becoming one of the highest paid living artists of his time. Nancy was not only Charlie’s wife, companion, and supporter, but she quickly became the artist’s business manager and gifted public relations expert. She guided Charlie on his choice of subjects, size, and medium of his works in response to buyer preferences. Nancy was even known to have her husband touch up paintings to increase their appeal to collectors.

“My wife has been an inspiration to me in my work. Without her I would probably have never attempted to soar or reach any height, further than to make a few pictures for my friends and old acquaintances . . . I still love and long for the old west, but I would sacrifice it all for Mrs. Russell.”

The two were certainly opposites in many ways; Russell charismatic and playful, Nancy structured and driven. They complemented each other. Charlie referred to the two as partners. Like any marriage, theirs was not without its struggles. But in a letter Charlie wrote to Nancy, his “Mame,” in 1919, he described how he really felt about her:

Dear Mame it’s a week tonight you left and it seems like longer to me. I want you to stay til you get all rested. the longer you stay the glader IM be to see you … maybe I’v fallen in love the second time but it’s all right if its the same woman and it is.

And a week later:

Dear Mame Its two weeks tomorrow night you left and I hope your rest has made you ten years younger caus you’l need it to stand the hugs you’l get when you meet me. I’l admit it must seem funny after being married over twenty- two years [to] start writing love letters, but it dont seem like I ever wanted you like I do now .., well I guess I’l bed down. There is one girl I know that I wish was here. Your loving husband’ 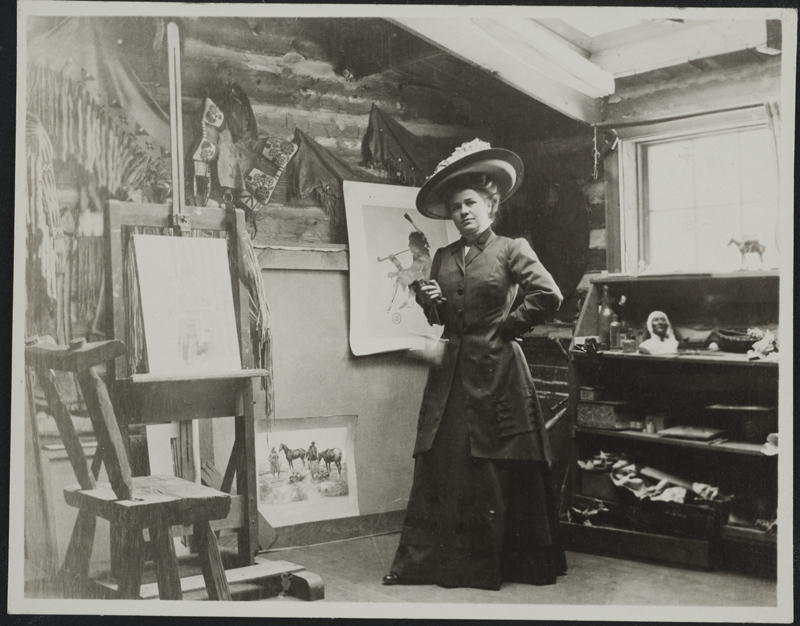 A self-taught business woman, Nancy was certainly a woman before her time. She was an advocate for her husband, a steward of his art, and a liaison to his patrons and critics. With her ability to take charge, Nancy Cooper Russell’s influence on Charlie’s career cannot be overlooked. Charlie was a lucky man.