Today is Peter Moran’s birthday. While his brother, Thomas Moran, has long been recognized as one of the premier painters of the American landscape, Peter Moran has received less attention, partly due to the lack of primary source material available. Like his brother, Peter was drawn to the West and traveled to that region on many sketching trips, resulting in paintings like Indian Encampment, in the museum’s collection.

Overtime, Peter Moran garnered a reputation as an accomplished etcher of animals. In particular, cattle were omnipresent in his work, a motif familiar to those of us here in Cowtown. During the late nineteenth century, images of cows resonated with an American audience who recognized that the traditional way of life these domestic cattle signified was rapidly vanishing. Working in a nation transformed by industrialization, Moran’s works evoked nostalgia among his buyers who would reserve these etchings for the parlors of their urban homes. 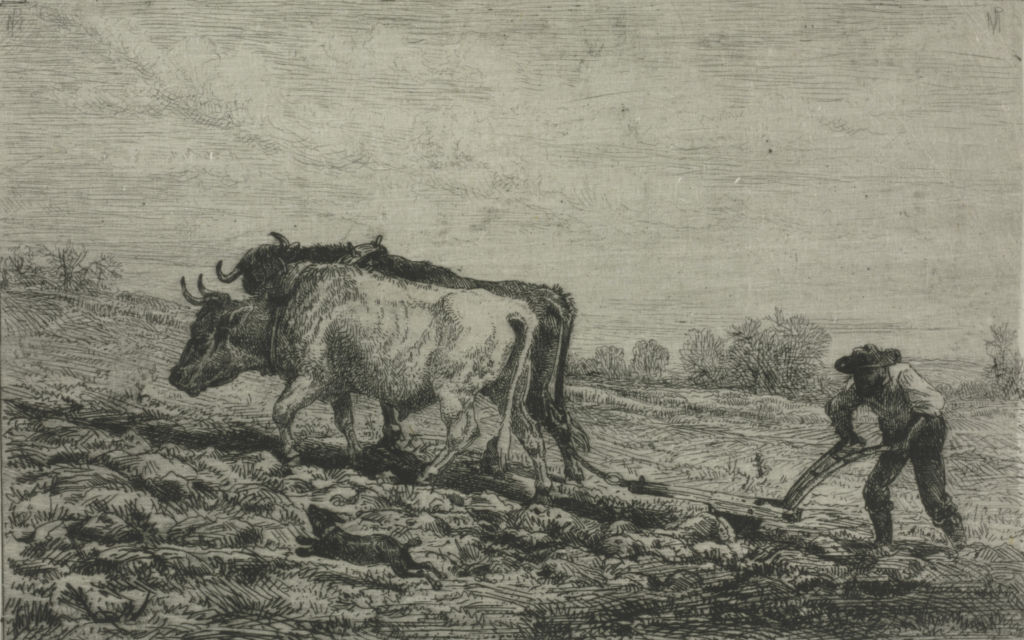 Sid Richardson also witnessed the decline of another American landscape, that of the Western frontier developed by the cattle drives and ranches whose empire rested on the rugged Texas Longhorn. Starting as early as the 1870s, ranchers were importing Longhorns from the British Isles, producing much heavier cross bred cattle. By the 1920s, the remaining Texas Longhorns were facing extinction as many were slaughtered during an effort to eliminate “tick fever.” Sid’s friends J. Frank Dobie, University of Texas professor and folklorist, and Graves Peeler, a renowned Texas Ranger, sought Mr. Richardson’s financial assistance in saving this dying breed. Later, Sid began a breeding program on his San Jose Island in 1940, first with Brahman and Shorthorn cattle, and then with Santa Gertrudis bulls. Together, their efforts helped ensure the survival of the Texas Longhorn. 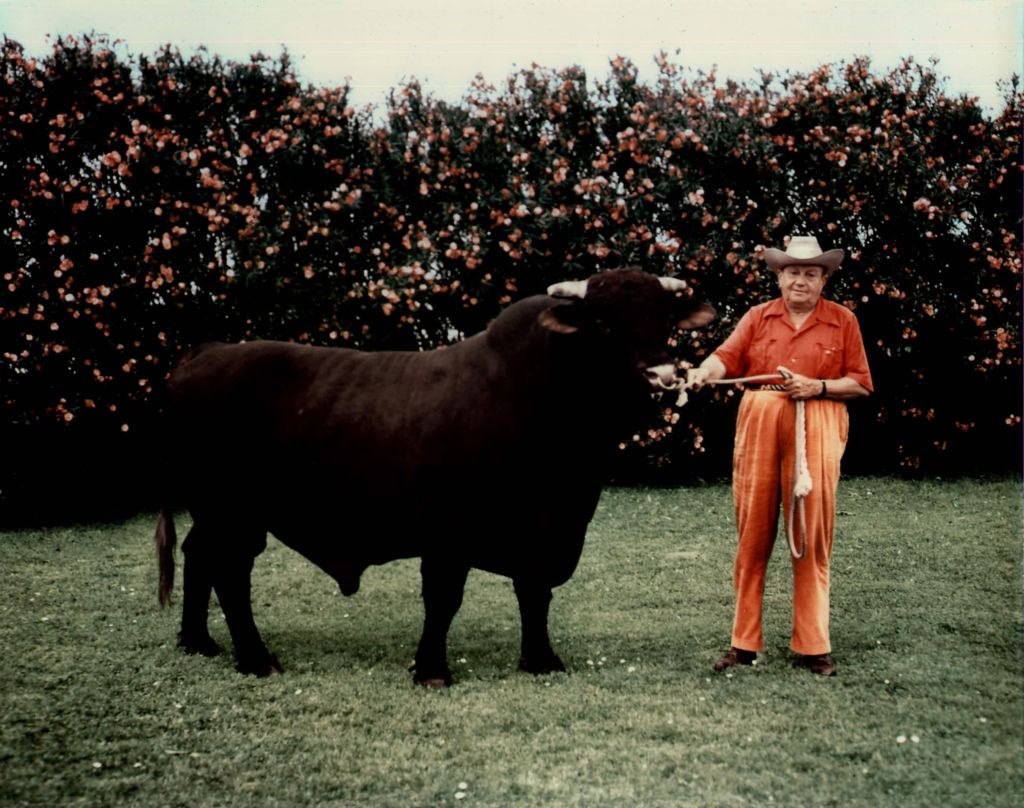