Today marks the birthday of Peter Hurd, born in 1904. A native of New Mexico, Hurd became a member of the famous Wyeth family after marrying the daughter of renowned illustrator N. C. Wyeth. Earning the distinction as one of the great painters of the Southwest, the artist was known for his work in the meticulous medium of egg tempera.

Hurd was acquainted with Sid Richardson before beginning work on his portrait. In Sid, Peter found a colorful and amusing old friend. Although the portrait was executed in Palm Springs, CA, the painting’s background depicts Richardson’s ranch in San Jose Island. Located off the coast of Rockport, TX, Sid bought the ranch in 1936 where the oilman and philanthropist raised Santa Gertrudis cattle. The museum’s portrait was made the year before Sid Richardson died in 1959. 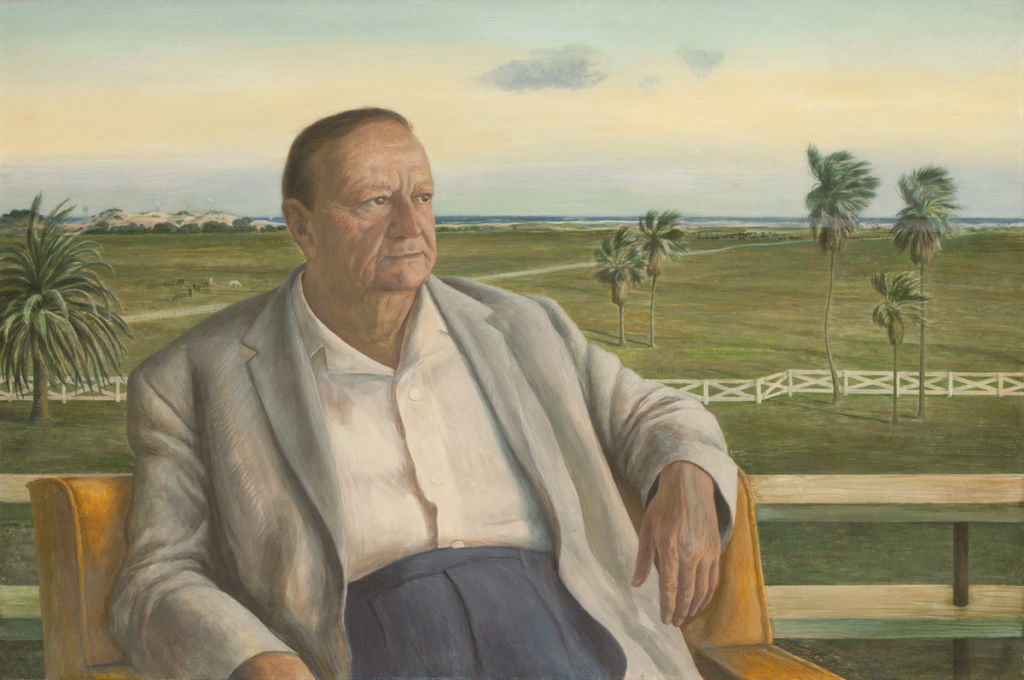 Hurd had depicted Richardson’s likeness four years earlier, in 1954, for a mural at what was then Texas Technological College (now Texas Tech University). The 1,300 square foot fresco mural depicts the history of Lubbock and the South Plains on the walls of what was then The Museum (now Holden Hall). Each panel includes figures of actual individuals to represent various professions typical of the pioneers who helped settle and build the region. Sid Richardson was chosen to represent the oil industry. 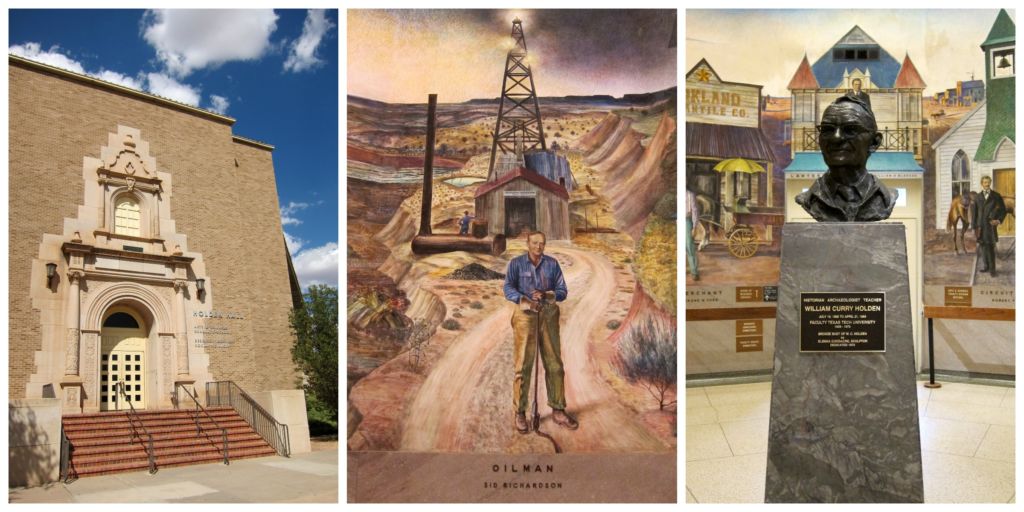 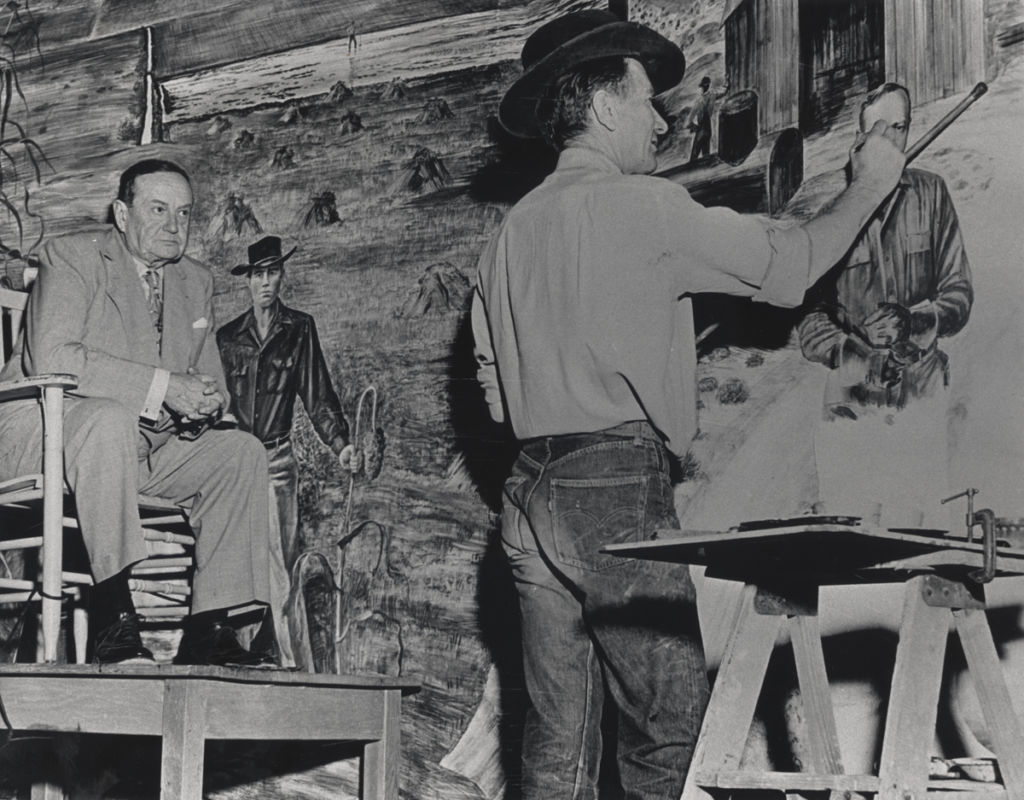