Although he spent much of his career in New York and California, Frank journeyed through Texas on several occasions, including his 1930 appearance at the annual Southwestern Exposition and Fat Stock Show in Fort Worth.

Previously, during the summer of 1921, en route to California on one of their many automobile excursions from New York, Frank Tenney Johnson and his wife Vinnie stopped in Texas. The artist had promised to personally deliver a painting that was purchased by Frank S. Hastings, manager of the SMS Ranch in West Texas. Earlier, Frank had made a drawing that became the frontispiece of Mr. Hasting’s autobiography, A Ranchman’s Recollections. 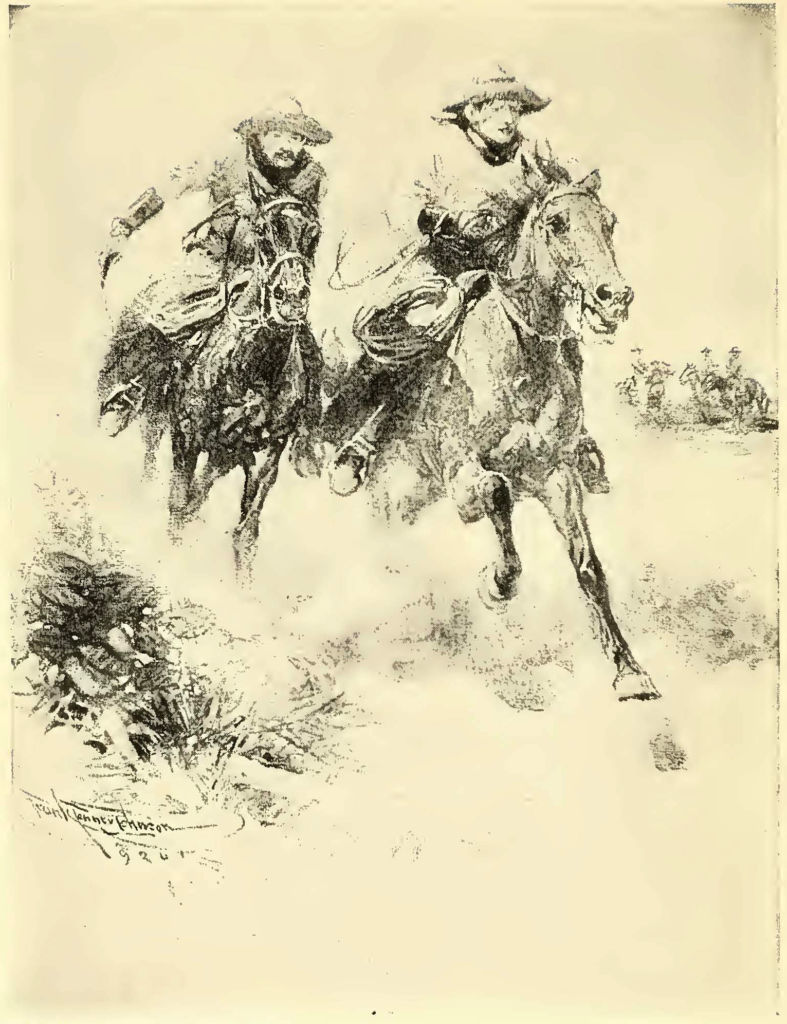 The sprawling SMS Ranch was named after the Swedish Svante Magnus Swenson, who came to Texas in 1838. After becoming a successful merchant in Richmond and Austin, Mr. Swenson purchased land grants out on the West Texas frontier. By the late 1870s, his two sons began developing the land. At the time of Frank Tenney Johnson’s visit, the SMS Ranch consisted of over 400,000 acres and covered parts of nine counties.

The news of the couple’s arrival in Stamford, Texas made it into the local newspaper. The story was even sent as a special dispatch and immediately published in the New York World. The Johnson’s stayed at the ranch, providing the artist with a wealth of lively material from which to sketch and photograph. In fact, several of the SMS cowboys and horses appear in his later paintings. One of his favorite models was a descendant of the Swenson family, the brawny A. M. G. “Swede” Swenson, who had been a star of the University of Texas football team.