Today marks Edwin Willard Deming’s birthday, another artist in our collection. Born on a family homestead in Ohio in 1860, E.W. Deming grew up on the prairie lands of Illinois. As a child, Deming experienced his first encounter with Native Americans when the Winnebagoes would travel down from Wisconsin to hunt and trap nearby. 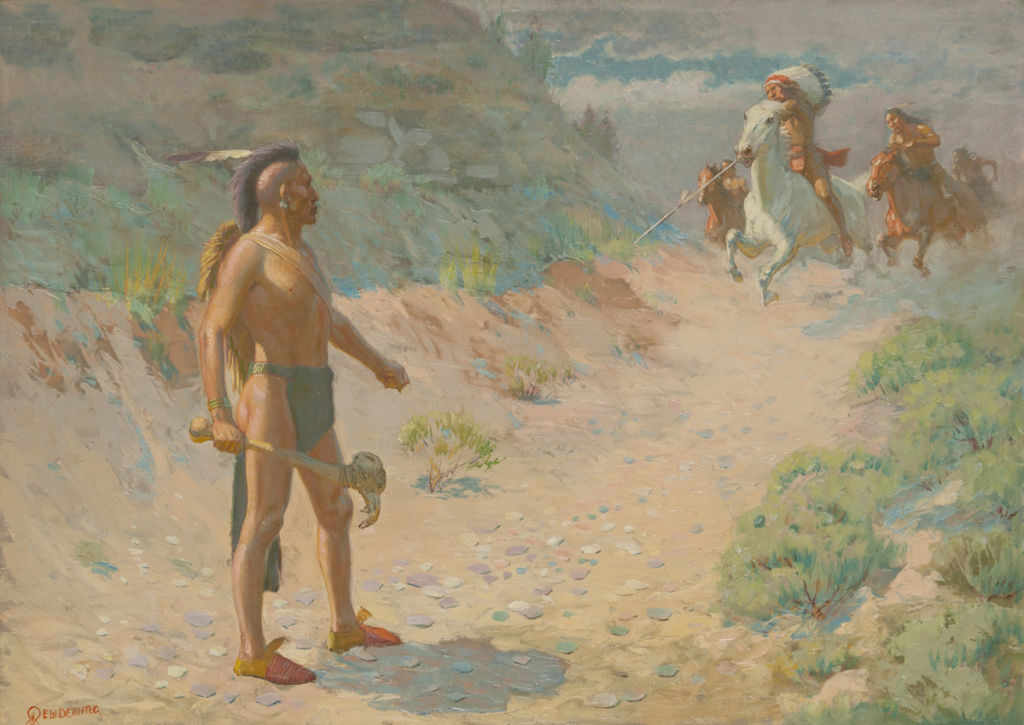 In the late 1880s, Deming went to live with the Crow Indians near Little Bighorn River, the site of the infamous defeat of General Custer. The artist made many studies of the Crows and their homes and land. Thus began the next thirty years of traveling among Indian groups all over North America, becoming friends with the likes of Gall, a Sioux leader, and Rain in the Face, Flying By, Iron Tail, Big Moon, the Cheyenne chief, and others. Deming even received Sitting Bull’s permission to photograph one of the dances of the Ghost Dance ceremony.

The artist was much beloved throughout his career and made friends with many, including former president Theodore Roosevelt, who was a collector of Deming’s work. His paintings were placed in many well-known public institutions during his lifetime, including the Metropolitan Museum of Art, the Whitney Museum, the Smithsonian Institute, and the American Museum of Natural History, which had commissioned the artist to complete a series of murals for their Plains Indian Room. Often known as “the painter of the Indian soul,” Deming painted in an Impressionist manner and imbued his canvases with a diffused softness. The artist also worked in sculptures and produced several bronzes of wildlife and Native Americans. In 1934, Deming became the first living artist to have a painting reproduced on a U.S. postage stamp. 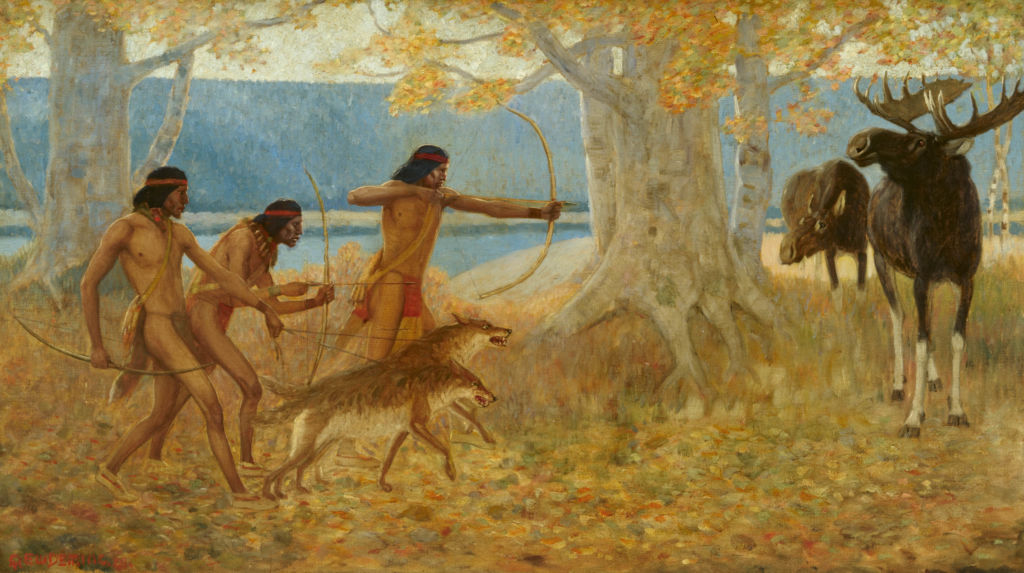 Deming is the focus of a current exhibition on display at the Gilcrease Museum in Tulsa, Oklahoma. Art with Purpose features 30 works from the museum’s collection. Illustrating the evolution of social thought and perceptions of Native Americans, Deming’s work reveals a man who painted with purpose to capture the daily life of these cultures. To learn more about the exhibition, visit the Gilcrease website. 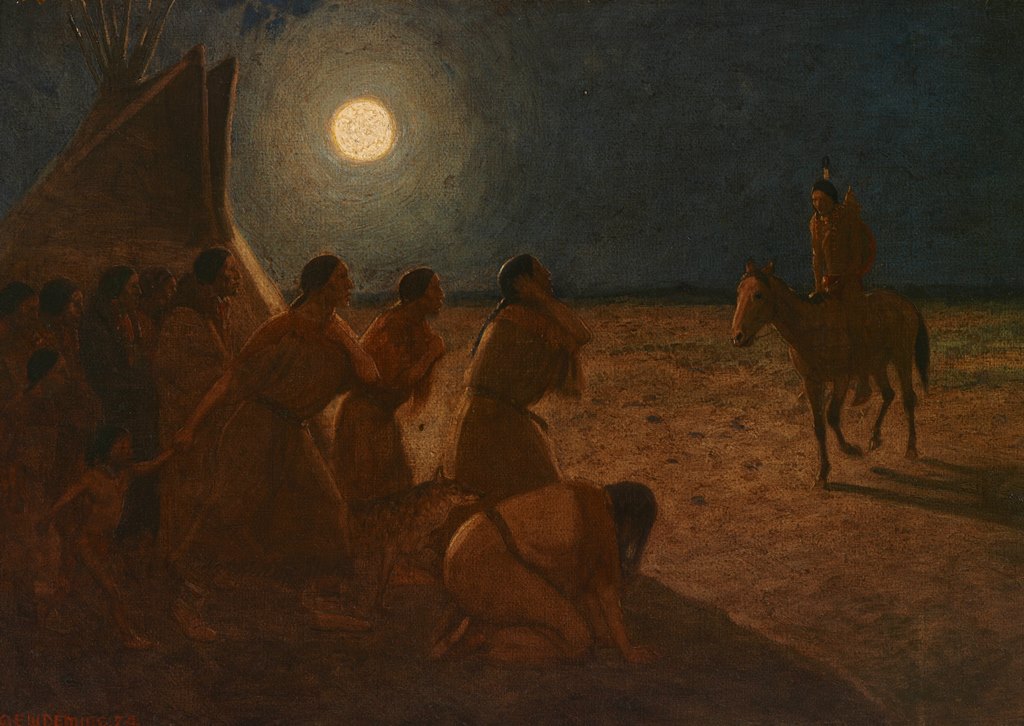 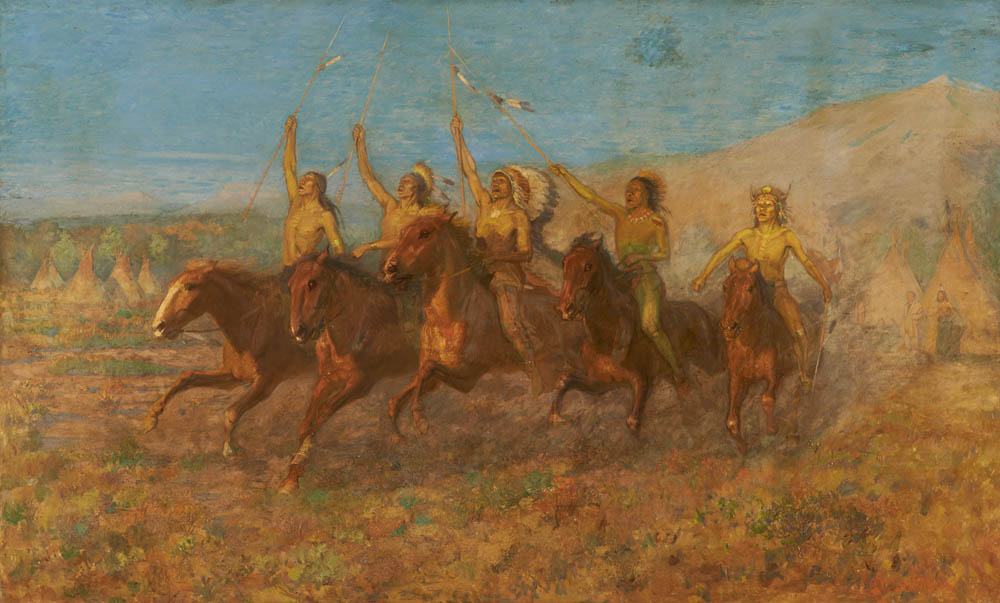