The Ocean of Sunrise

The Ocean of Sunrise

Fall is just around the corner and with it comes a new season of Tea & Talk. This program is geared towards adults who are interested in slowing down their art viewing process and digging a little deeper into our collection (and for those who enjoy a good cup of a tea afterwards!). For our first Tea & Talk of the 2016-2017 season we viewed and discussed a portrait painted by Charles Francis Browne, Nai-U-Chi: Chief of the Bow, Zuni 1895. 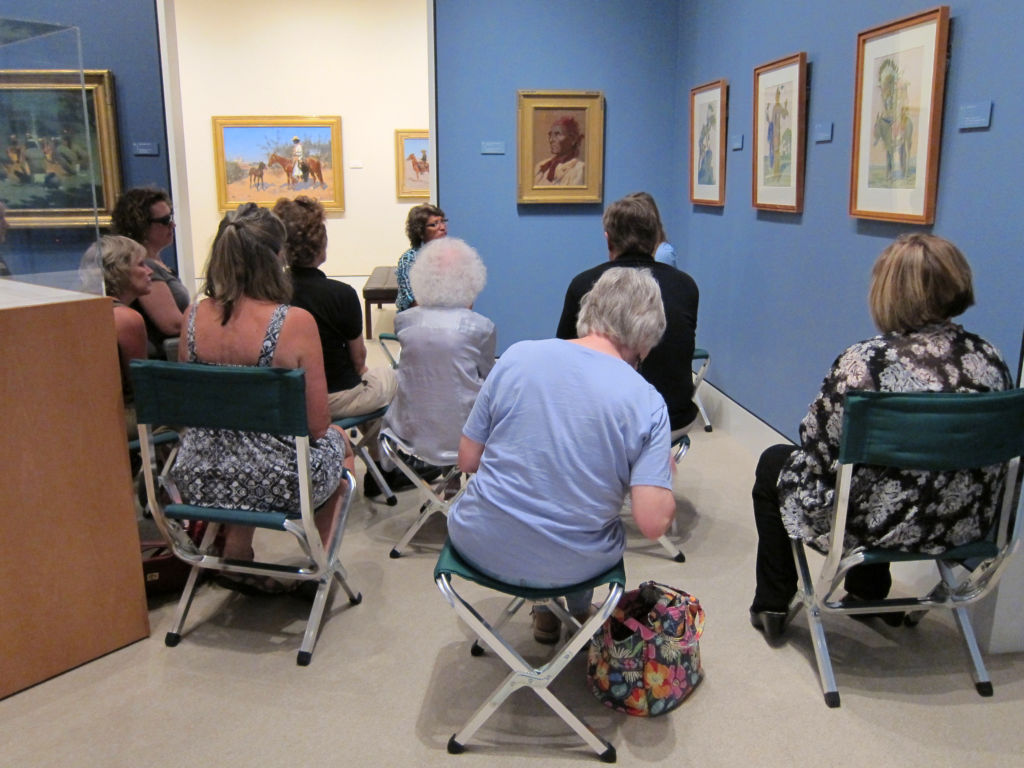 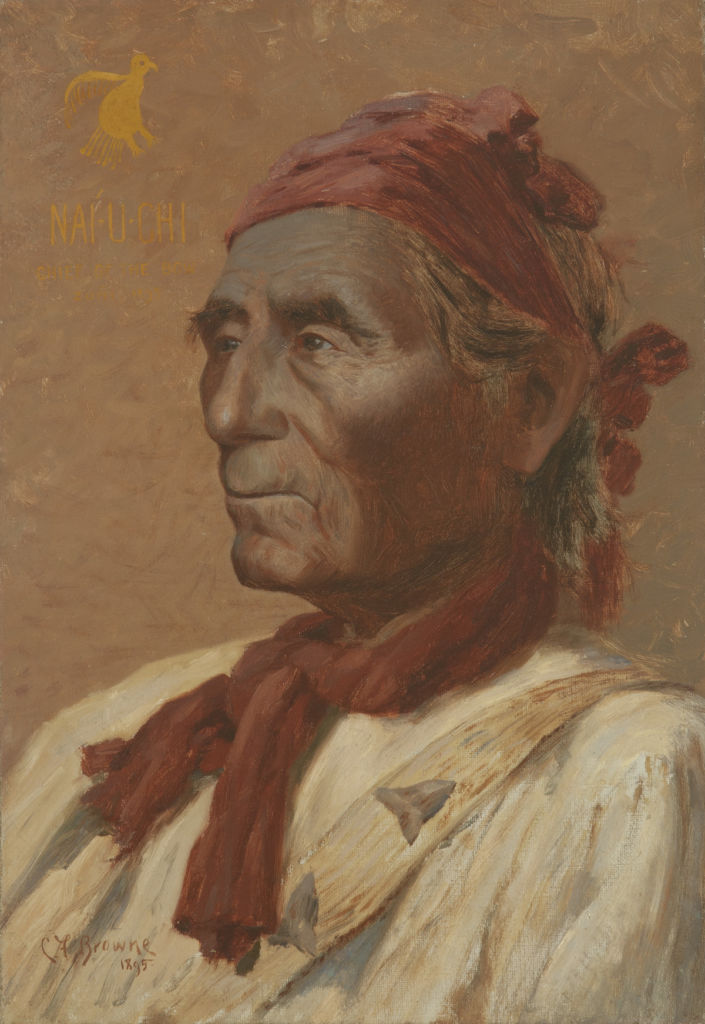 As noted in the title, Nai-U-Chi was part of the Zuni, which are a federally recognized American Indian tribe and one of the Pueblo peoples. Today, most Zuni live in Western New Mexico. Traditionally, the Zuni were an agricultural community. 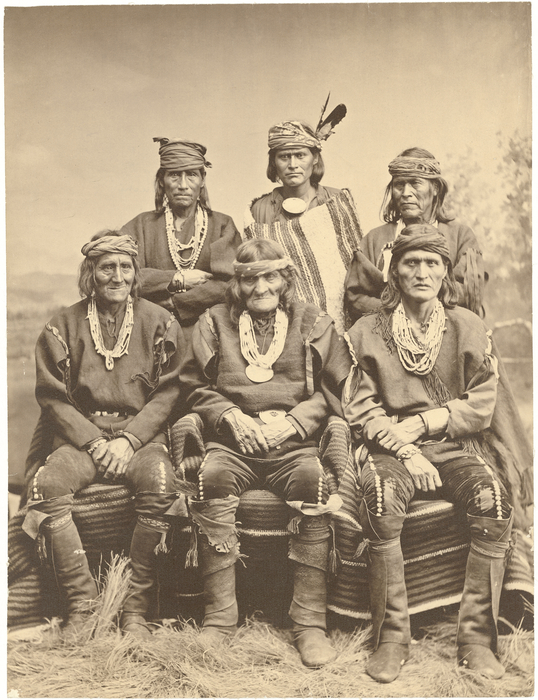 Nai-U-Chi was a member of the Bow Priesthood, a group that exerted considerable power within Zuni life. During Tea & Talk, many participants commented on the various details they saw in the portrait: the red cloth headband, what appears to be a linen-like top, and a sash decorated with unidentified objects. What are those gray objects adorning the sash? Are they arrowheads? After the program, I consulted some of our knowledgeable museum staff and discovered that the artifacts on Nai-U-Chi’s clothing were shark teeth! 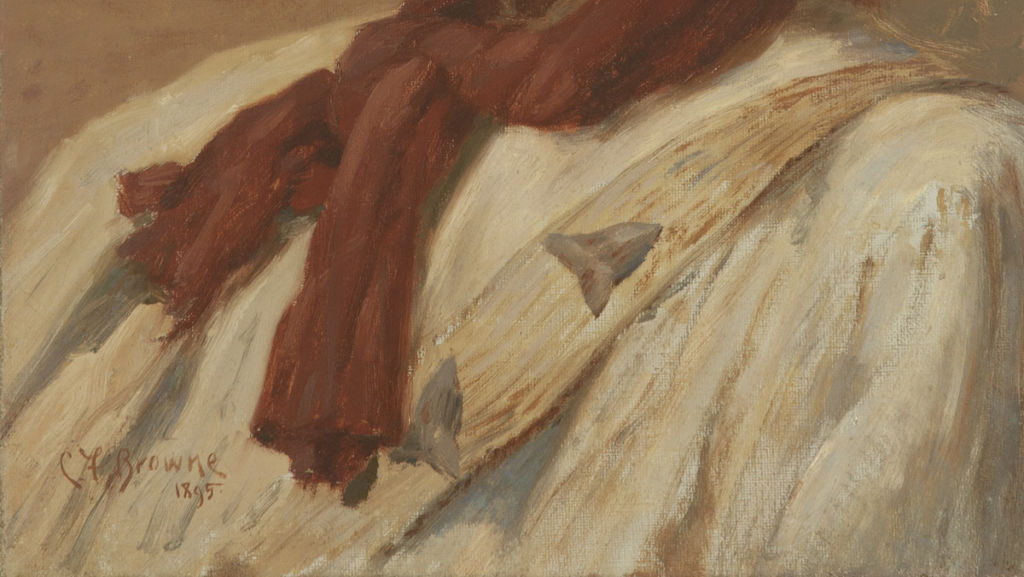 How did a man living in New Mexico in the late 19th century acquire shark teeth? Unfortunately, I have not been able to confirm in print where or how Nai-U-Chi came to possess these items. One must consider a likely possibility that by the time of this portrait, 1895, the Zuni, as with many other native groups, were regularly trading with Americans and other travelers. Another possibility involves a pilgrimage to the Atlantic Ocean.

Most of what we know about Nai-U-Chi is from records of Frank Hamilton Cushing, a pioneering anthropologist associated with the Smithsonian Institution who lived with the Zuni from 1879-1884. Mr. Cushing learned that for many years it had been a dream of some of the Zuni chiefs to visit the East, a land of fable to see “the Ocean of Sunrise.” Living in the dry lands of New Mexico, the Zuni believed their prayers brought clouds from the ocean in the east, clouds that would give them rain.

Many other nearby tribes had had representatives visit Washington, D.C. – the Apaches, the Navajos, but not the Zuni. So Cushing guided a group of Zuni men East, as accounted in an article published in an 1882 issue of The Century Magazine. Eventually, the group made it to their final destination in Boston, selected so as to be as far east as possible.

Upon arriving at the ocean, Nai-U-Chi led the party in a ceremony, scattering sacred meal, which was composed of corn meal and finely ground precious seashells, over the waves. Nai-U-Chi concluded the ceremony with a prayer in which “consideration was asked for the children of the Zunis, of the Americans, and of all men, of the beasts and birds of the world, and of even the creeping and most vile beings of earth, and the most insignificant.” 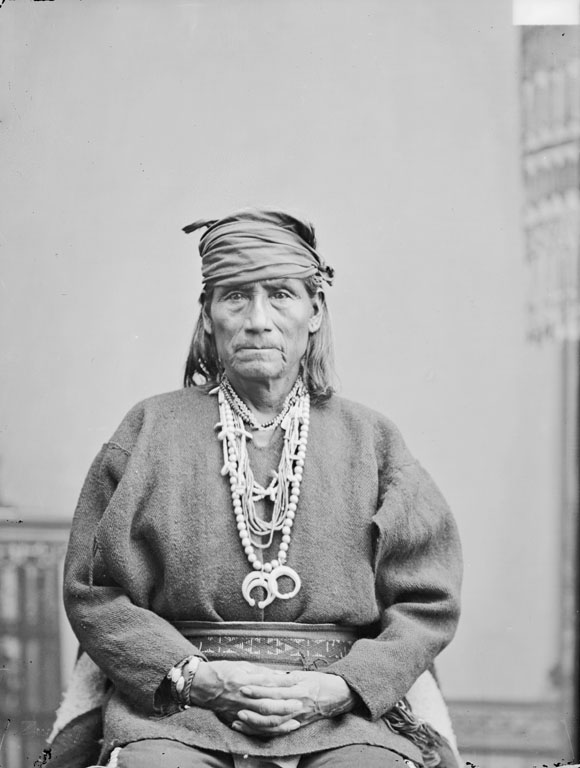 During Tea & Talk, I asked the group what they might infer about the sitter or how they would describe the sitter in Charles Browne’s portrait of Nai-U-Chi. Someone said they imagined him to be an important man. Another participant admitted to feeling respect for the man. In one of the few written descriptions I have found of Nai-U-Chi, he was described as having “a genial, contemplative look, a kindly placidity of countenance, and he was full of poetry, telling folk lore stories charmingly.” I like to imagine what stories Nai-U-Chi could have told us had we had the chance to sit with him longer. 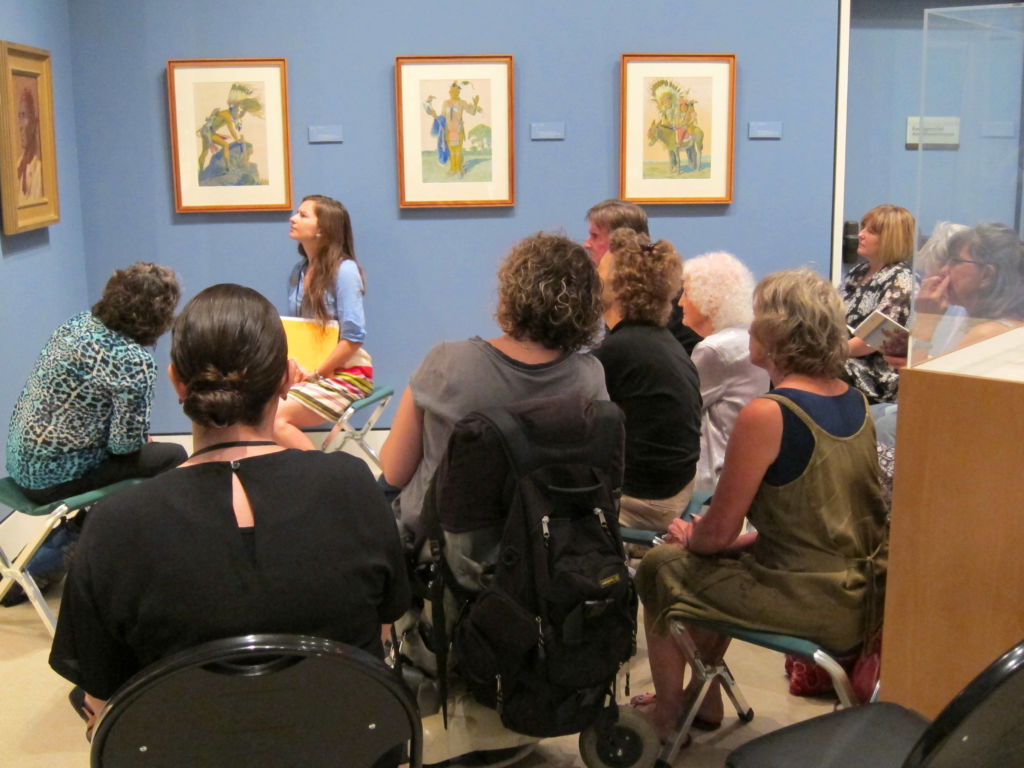 Tea & Talk is a free monthly program, offered the 1st Wednesday of every month at noon from September-May. I hope to see you next time!