Today marks the birthday of Oscar Berninghaus, another artist represented in our collection. Berninghaus is best known as a painter of the Southwest. Although born and raised in St. Louis, the young artist became enamored with Taos, New Mexico after his first trip West in 1899.

The same year New Mexico became a state in 1912, Berninghaus helped found the Taos Society of Artists. The other founding members include Joseph Sharp, Bert Phillips, Ernest Blumenschein, Irving Couse, and Herbert Dunton. The main mission of the Society was to promote the sale of paintings by its members. Since there wasn’t a gallery in Taos at the time, the group organized exhibitions to travel to galleries back East in major art markets like New York, Chicago, and St. Louis.

Through their efforts, the Society put Taos on the map. Painters, sculptors, writers, and other leading intellectuals flocked to the small Southwest town, including Mabel Dodge, D.H. Lawrence, Andrew Dasburg, and Georgia O’Keeffe. By the 1920s, Taos had become one of the great art centers of the world.

Many were looking to Taos as a leader of a real American style, with members of the Society receiving rave reviews. Critics claimed that Berninghaus offered work that is all-American. The horses depicted were, in their essence, American. The desert is American. His was a “real” American art. 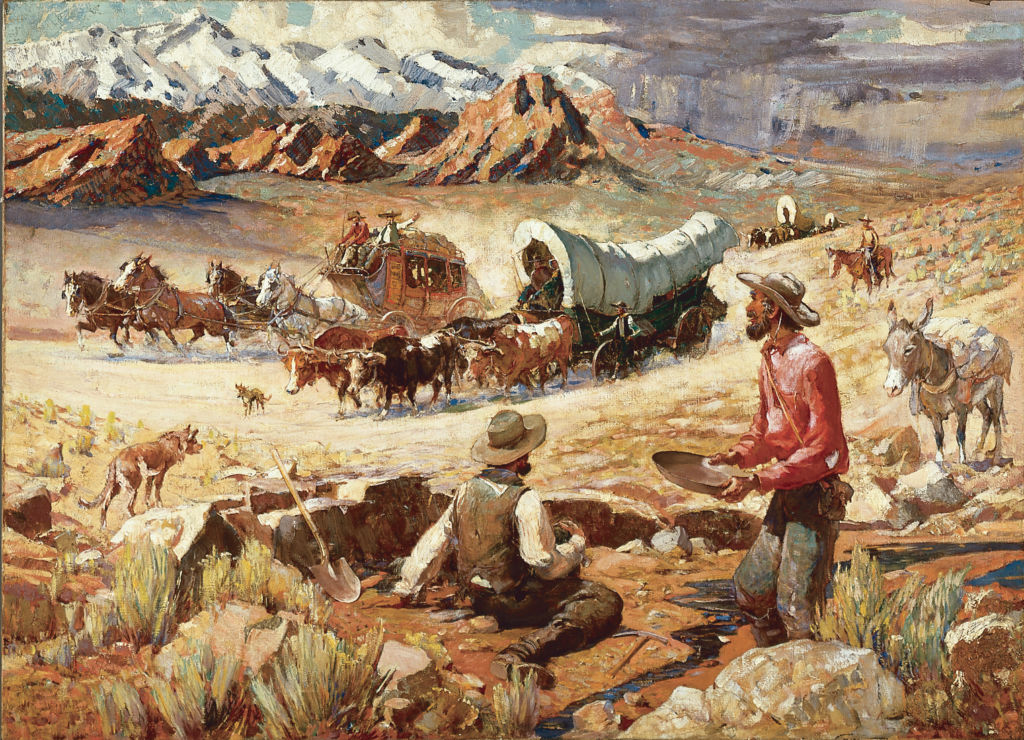