Recently, the museum received a special visit from Montana PBS, which is currently filming a documentary about Charlie Russell and his time in the American West.  Writer and producer, Paul Zalis, is working with many scholars and institutions on this project, including yours truly. One of the project’s chief scholars is Dr. Brian Dippie who is also the guest curator for our current exhibition, Take Two: George Catlin Revisits the West.

Mr. Zalis and his crew filmed Dr. Dippie and Western art scholar, Dr. Rick Stewart, as they toured our collection. 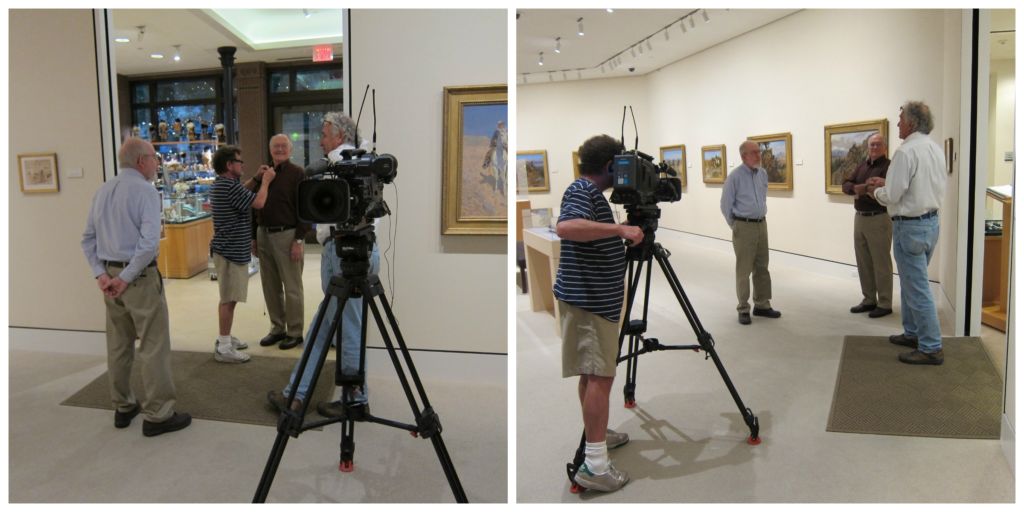 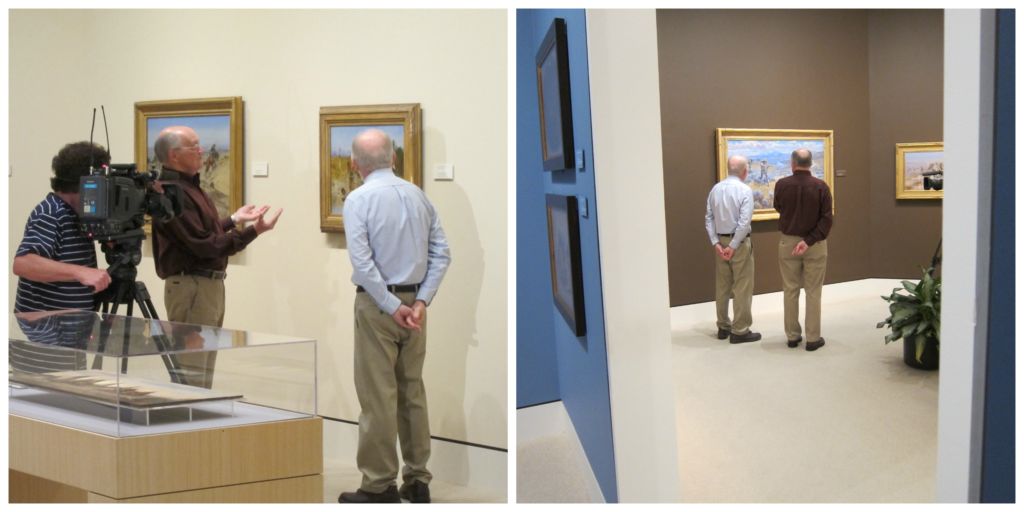 Let’s chat with Paul Zalis to learn more about the project.

Why a documentary about Charlie Russell?

Making a documentary on Charlie Russell was actually an in-the-shower, light bulb, “Ahaa!” moment that my co-producer, Gus Chambers, had. No one has ever done a serious documentary on Russell, which is kind of astounding. Beyond that, Russell is revered in Montana. He is almost our patron saint. But traveling around the States, I realized that the farther I got away from Big Sky country, the less people know who he was. Charlie truly was a great, iconic American, and it’s about time to re-introduce him to the American public.

What drew you to the Sid Richardson Museum?

Sid Richardson was, along with people like Tom Gilcrease and Amon Carter, one of the great, early collectors of Russell’s work. We had heard what a wonderful, intimate museum the Sid Richardson is, and the thoughtful, concise collection at SRM, just off Sundance Square, is a splendid way for people to see, side-by-side, two of America’s greatest Western artists:  Russell and Remington. Mary Burke and the staff have done a wonderful job making the SRM such an inviting space.

What has been the most interesting fact/story you’ve learned about Charlie Russell from your visits with scholars and museums?

The stories and facts are too numerous and too challenging to categorize, but on a personal level, to me and many others,  Russell was an artistic genius, but perhaps his greatest attribute was his sheer likeability and his loyalty to his friends. The word ‘authentic’ is often too easily tossed around, but Charlie was the real deal.

What would you like audiences to learn from watching your film?

The film is far from finished, but we hope that people will not only learn about an extraordinary artist and man who lived and bore witness to a passing era in American history, but through his art work and influence in the early Hollywood film industry, he was ultimately a man who helped shape our image of ourselves as Westerners and Americans.

When/how can audiences outside of Montana view your film?

There will be two films:  A 3-part, 3-hr. mini-series to premiere in Montana the Fall of 2015, and soon thereafter, a one-hour film that will be distributed nationally, and made available to all public television stations, either through PBS or American Public Television.