Will the Cable Hold?

Will the Cable Hold?

Our current exhibit, In a Different Light: Winslow Homer & Frederic Remington, includes some artworks by Homer that focus on his seaside imagery. Homer often created scenes focusing on the forces of nature and dangers of the turbulent sea. Some artworks may include women looking anxiously out at sea, as in his 1888 etching Perils of the Sea, available to view through our virtual tour. Some artworks include scenes of near-drowned women, as in this 1887 etching The Life Line. Both prints are part of a group of etchings that Homer produced in the 1880s that closely followed his painted compositions. In The Life Line, based on his 1884 painting of the same title, a near-drowned woman is held in the arms of her rescuer as they hang above the roiling waves. In the print, Homer has focused our attention on the dramatic rescue of the half-faint woman as her scarf blows in the wind, obscuring the identity of her rescuer. 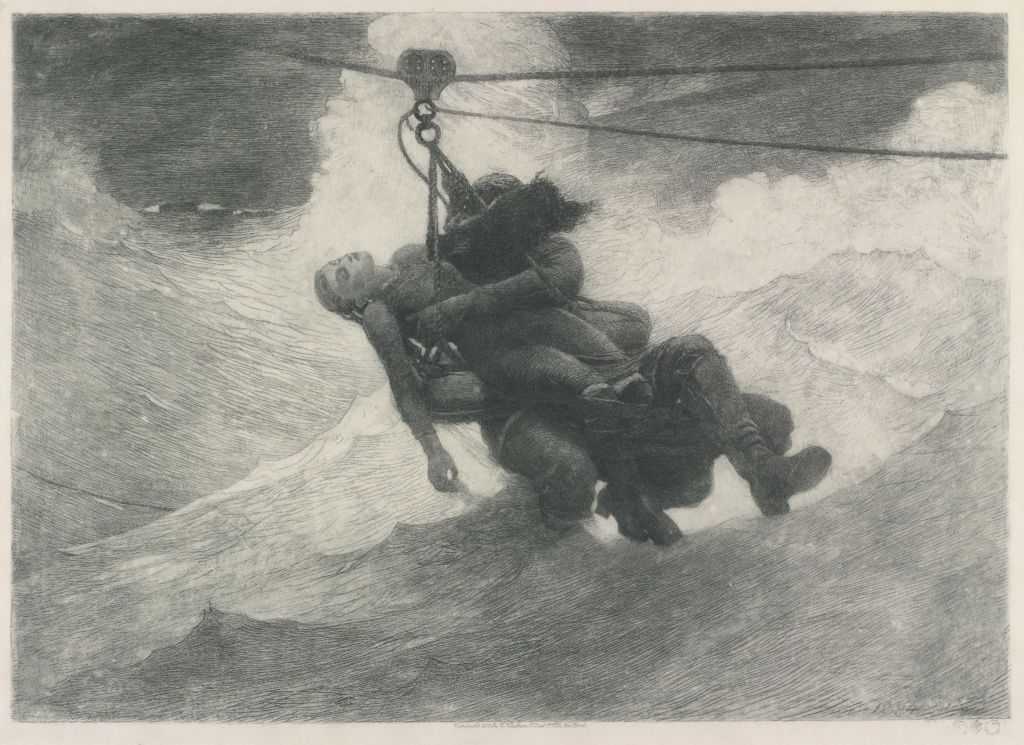 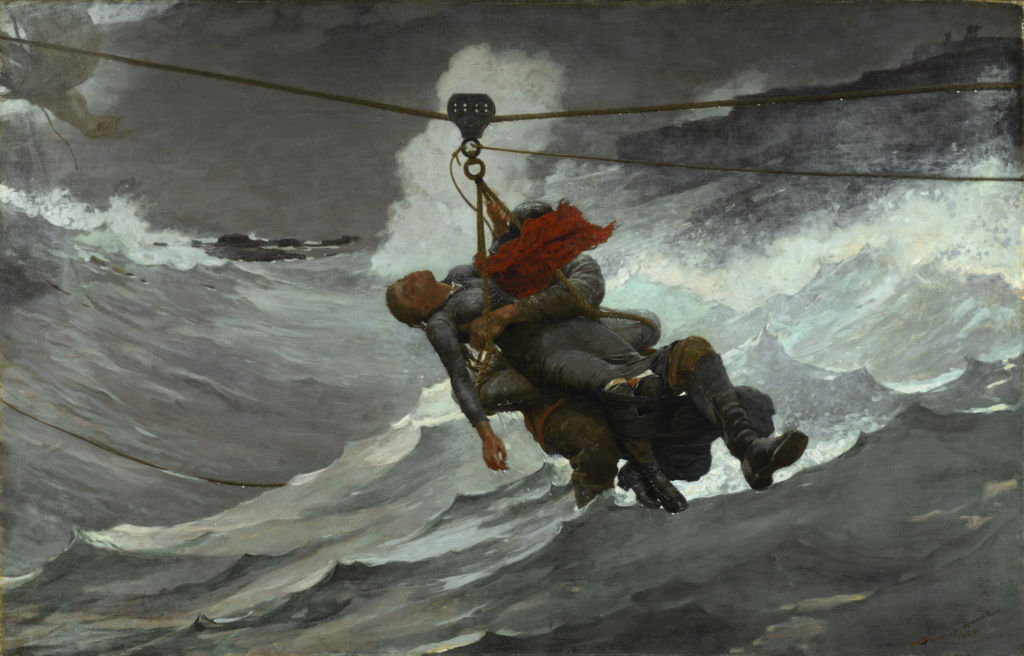 To a 19th-century audience like Homer’s, stories of drowning, shipwrecks, and sea storms would have been familiar. Every immigrant or traveler to the US had to cross the ocean. Overseas shipping was a necessary component of economic trade for merchants. The fear of the sea and its threats to human life haunted almost any American traveling across the Atlantic.

The Life Line was likely inspired by a shipwreck rescue on the coast of Atlantic City, New Jersey. The New Jersey coast was the site of several maritime disasters, including the tragic shipwreck of the RMS Atlantic in 1873. All of the women and children on board drowned, with the exception of one child. This was the largest maritime tragedy prior to the Titanic in 1912. 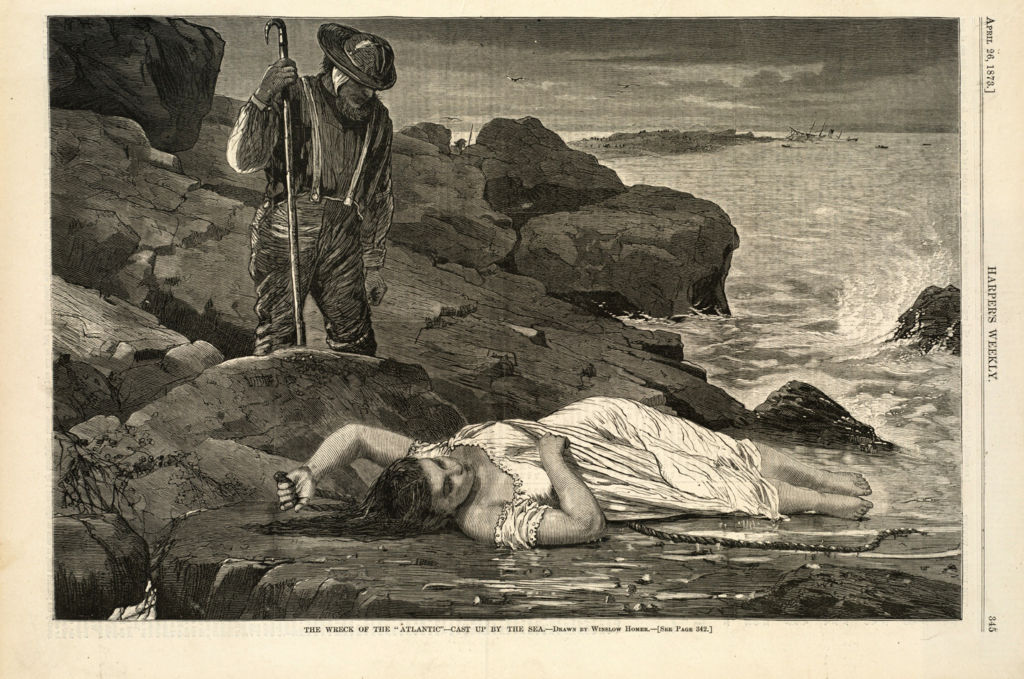 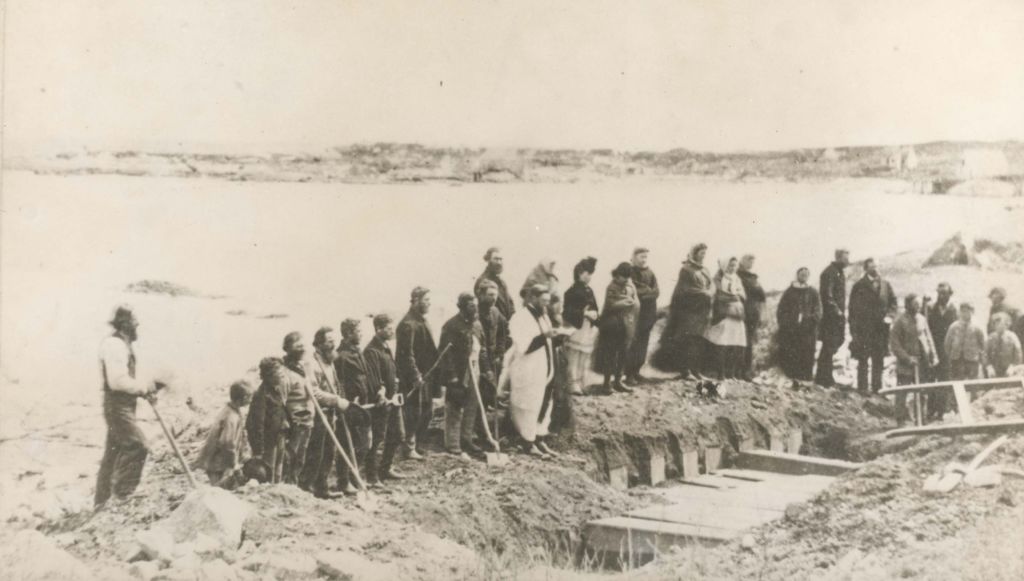 There were no life jackets, adequate life boats, or equipment for carrying RMS Atlantic passengers to shore. Public outrage called for improved safety standards, resulting in the establishment and construction of a professional network in 1878 of coastal lifesaving stations called the Live-Saving Service. Later, in 1915, President Woodrow Wilson signed the “Act to Create the Coast Guard,” merging the Life-Saving Service with the Revenue Cutter Service to create the United States Coast Guard. 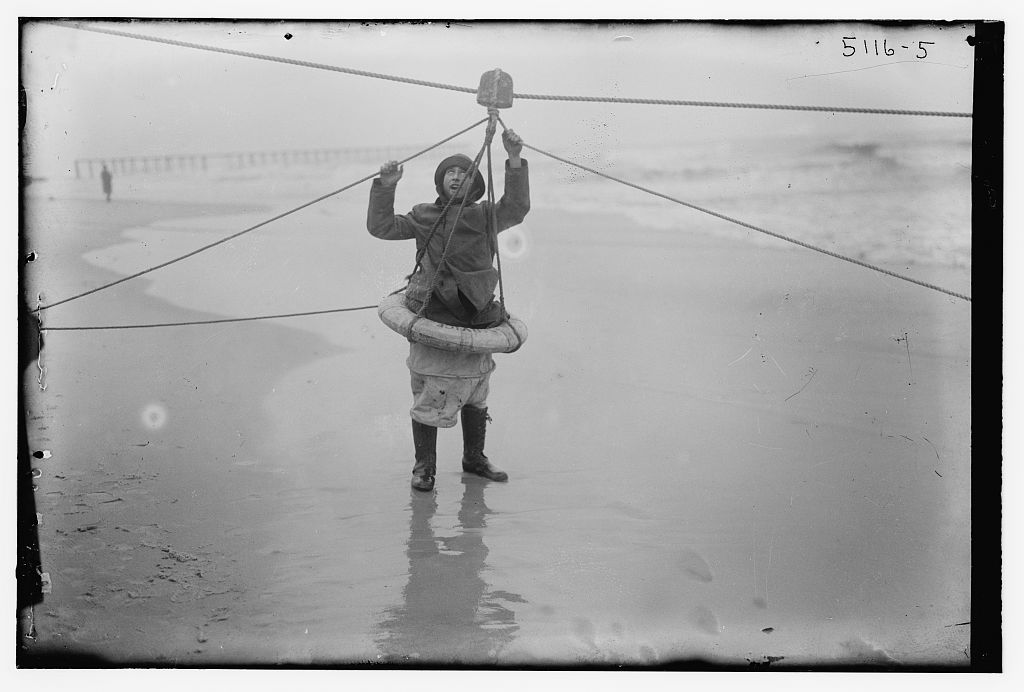 Breeches buoy during the rescue of the SS Northern Pacific on January 2, 1919, Library of Congress

One of the lifesaving technologies developed after the 1873 aftermath was an innovative device called the breeches buoy, as seen in Homer’s image The Life Line. The breeches buoy was a flotation device with a set of breeches, or trousers, attached to make a seat. A brigade house would use a small cannon to fire a rope out to the ship in distress, establishing a life line similar to a zip line. Secured firmly from ship to shore, the pulley system allowed for the transfer of stranded passengers when the seas were too rough for rescue boats. Homer would have likely watched local brigade drills in Cullercoats. Once back in the US, the artist befriended members of the lifesaving station in Atlantic City, where he witnessed the breeches buoy in action. Observation of these practices on both shores helped inform the dramatic details in The Life Line, which will be on view at the Amon Carter Museum of American Art during their upcoming exhibit, Mythmakers: The Art of Winslow Homer and Frederic Remington.