Trouble on the Range

Trouble on the Range

Russell’s When Cowboys Get in Trouble shows a scene familiar to many cowboys. Two of the horses are rearing and trying to buck their riders so they can flee from the mad cow. The saliva flying from the cow’s mouth reveals its frustration, and you can sense the horses’ fear in their widened eyes! In the middle of all the confusion, the cowboy on the gray horse frantically tries to pull his gun out without tangling his hand in the rope. Will he get to the gun before it’s too late? 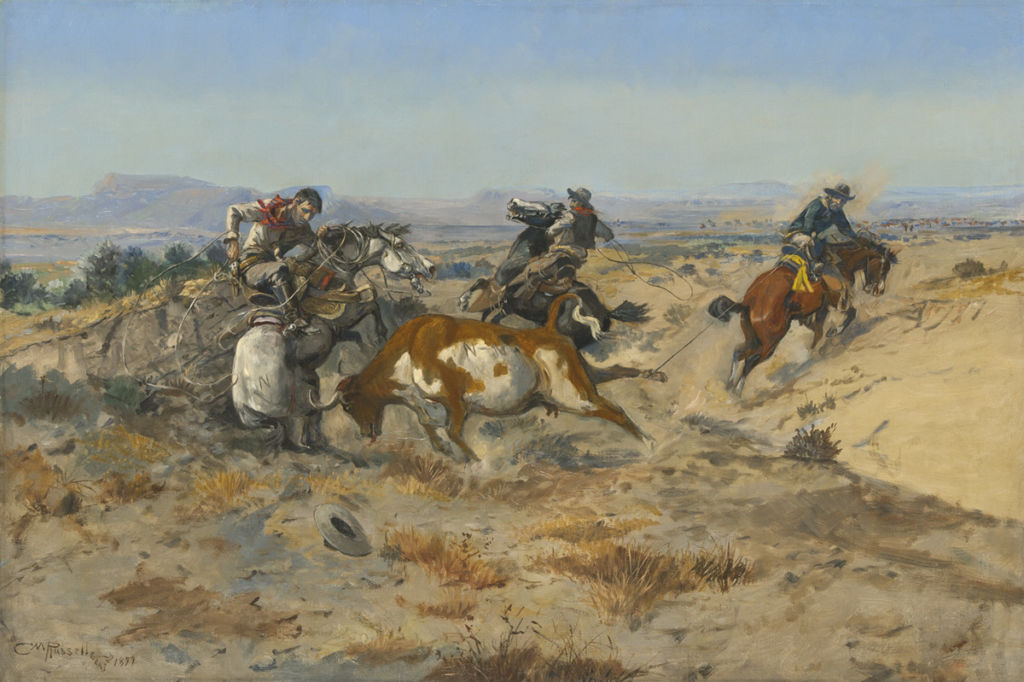 Charlie Russell spent part of his early life on the range as a night herder, watching over the cattle while the other cowboys slept. Although he had not been a skilled cowpuncher, Russell admired the top hands he knew. His firsthand experiences allowed the “cowboy artist” to convey the emotional and intense action in his paintings. Although cattle grazing in a field may look slow and tame, “some of them were wilder than any other animal that eats grass,” as one cowboy put it.

Although this painting features three individual cowboys, these men were part of a much larger cattle industry. After the end of the Civil War, dusty cattle drives like this one journeyed through the American West, with trails to places as distant as California, Montana, and Kansas. While in Texas, cowboys frequently stopped in Fort Worth, one of the towns along the Chisholm Trail. Here, they could enjoy the comforts of civilization before setting out again to face the dangers of cattle driving.

Notice the brand “N Bar N” on the cow’s side. The N Bar N Ranch was established in 1885 by two brothers, William and Frederick Niedringhaus, who bought land on the open ranges of Montana. That following winter was bitterly cold. Dubbed “The Big Die Out,” the season took a toll on many ranchers, including the Niedringhaus brothers, who lost 40,000 head of cattle! However, the brothers eventually expanded their cattle industry, and in 1889, the N Bar N Ranch leased additional territory in the Texas Panhandle at what was known as the White Deer Lands Ranch. 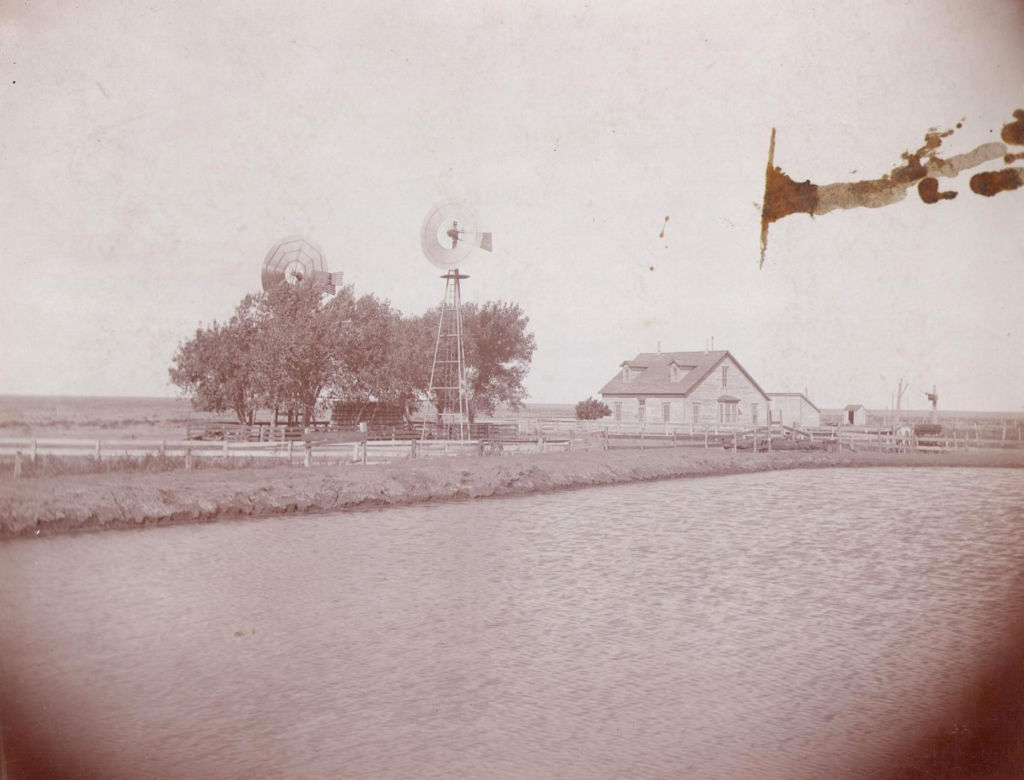 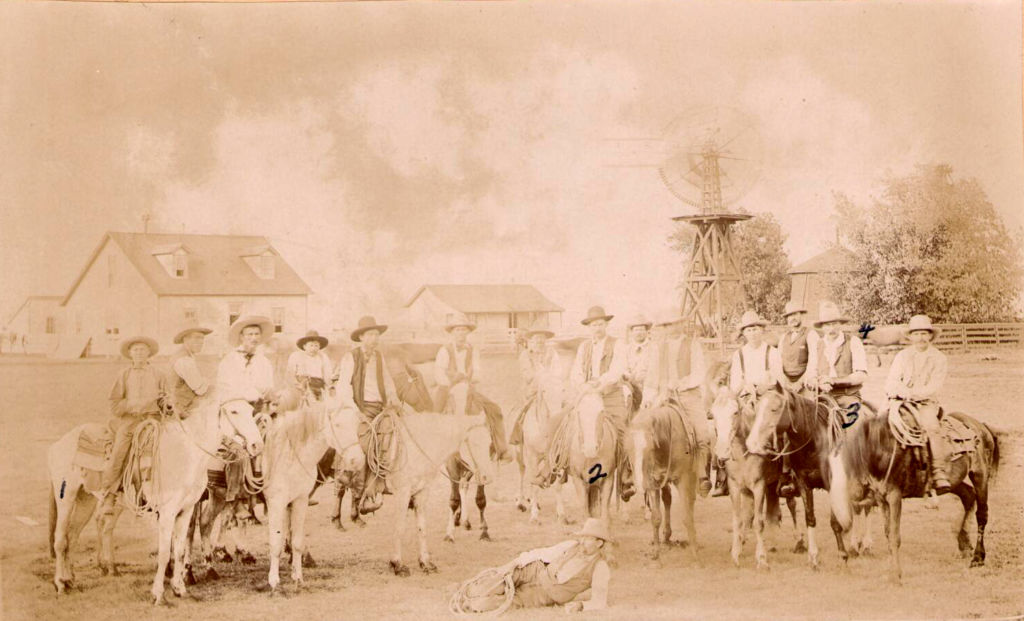 Harry Longabaugh, aka the “Sundance Kid,” once worked for the N-N, joining as a cowhand at the age of 19 for a drive to Montana. Afterwards, Sundance joined the VVV Ranch, from whom he stole a horse and was put in jail in Sundance, Wyoming (though he later escaped). He rejoined the N-N in 1892, working for the ranch until his criminal identity was discovered. In talking about his time with the N-N, Longabaugh said, “I have always worked for an honest living; was employed last summer by one of the best outfits in Montana and don’t think they can say aught against me.”

In addition to the “Sundance Kid,” the N-N ranch also briefly employed Charlie Russell. The cowboy artist worked as a horse wrangler on the Montana ranch periodically between 1890 and 1893. It is believed that the Niedringhaus brothers gave the artist his first largest commission, consisting of more than 15 paintings. This generous patronage allowed Russell to resign from his job as a wrangler and devote his time to his art.

His experience on the range resulted in several canvases dedicated to the subject matter. Russell painted many variations of cowboys in turmoil, including another work in the museum’s collection, Cowpunching Sometimes Spells Trouble. As in When Cowboys Get in Trouble, the situation for the fallen cowboy appears dire. In this battle of man versus animal, who will be triumphant? 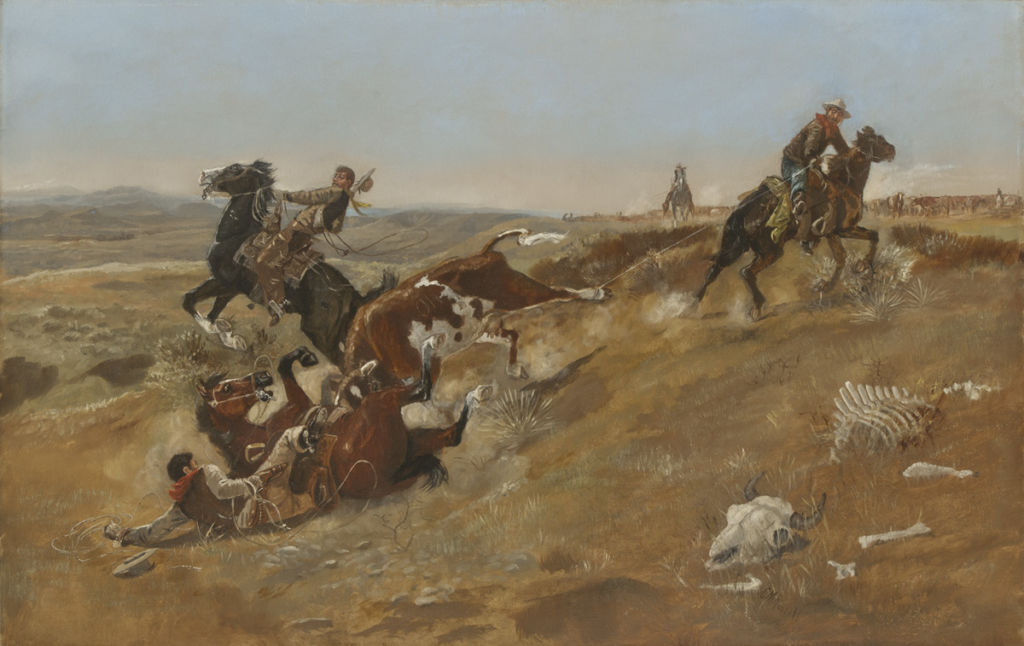