During last week’s blog post, I shared an exciting discovery revealed during a recent Tea & Talk program, which enlightened me about the Métis people. After some further research, I learned about another connection our collection has to this tribe. 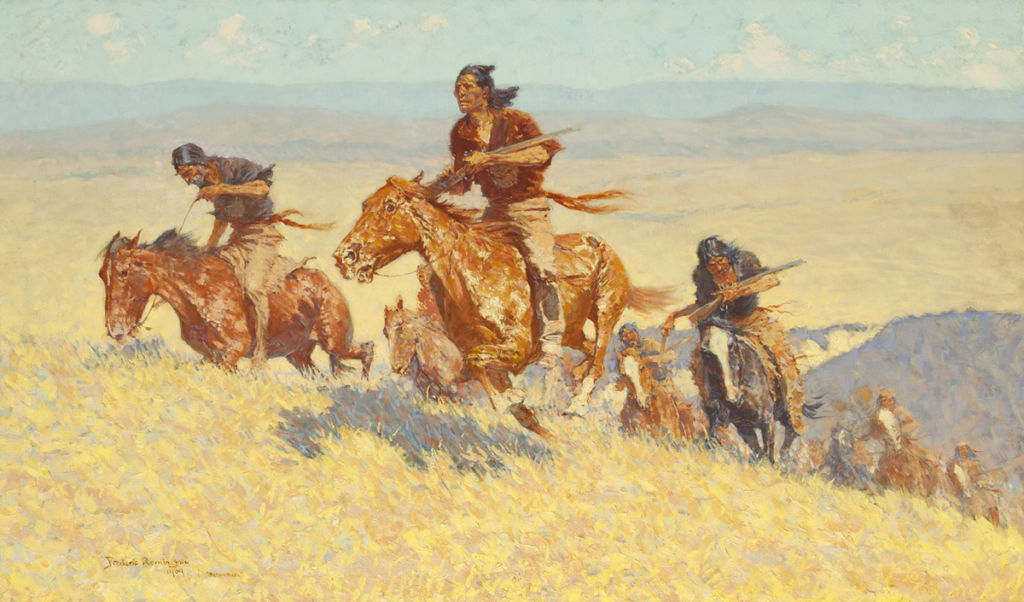 When you view Remington’s Buffalo Runners, you’ll notice that the figures, the Métis, are wearing a sash around their waists, the trimmings of which blow in the wind from the hurried gallop of the horses. This sash is a typical Métis article of clothing. In fact, the Métis still own and use these sashes today for ceremonial purposes. Historically, the sash had many functional uses. The fringed ends could serve as emergency sewing kits when the men were out on a buffalo hunt, like in Remington’s painting. The sash could also perform as a key holder, first aid kit, washcloth, towel, and as an emergency bridle and saddle blanket.

Originally known as L’Assomption Sash, named after a town in Quebec where it was produced, the garment eventually became known as “the Métis sash.”

But the Métis were not the only ones to don the sash. From his earliest days in Montana, Charles Russell began wearing L’Assomption Sash. Apparently, he felt the belt-like item made him look slimmer. Charles once wrote:

“I have all ways worn one and like them better than a belt. I believe they keep me from having a big belly—all breeds usto ware them Mex french lots of people in Quebeck ware them I saw men in france waring them—all that I saw [were] all silk Italions ware.” 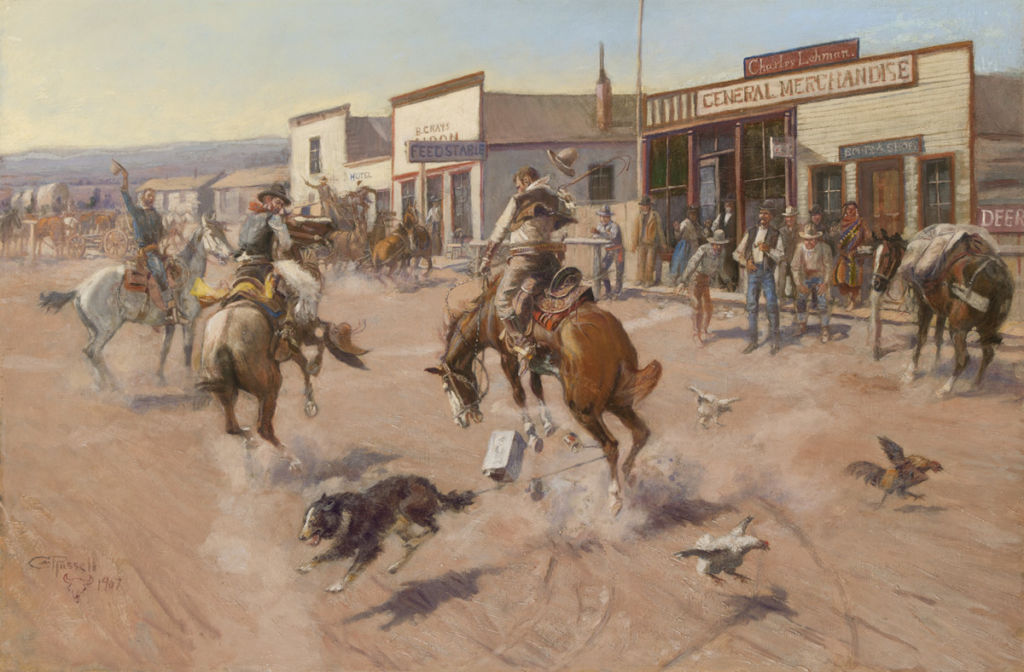 Russell proudly displayed the sash in many photographic portraits as well as paintings. In Russell’s 1907 canvas Utica, the artist paints himself into the composition. He can be easily identified in the background by the red Métis sash around his waist. 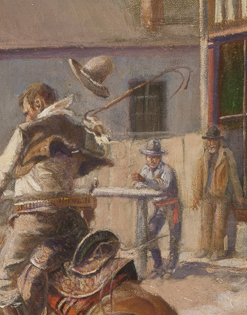