As mentioned previously, Tea & Talk is a regularly scheduled program every second Wednesday of the month at 2pm (September-May). We take a look at two selected works of art, spending about 15-20min with each while sharing our thoughts and observations. The group is intimate in size, which allows for more open dialogue. During our most recent Tea & Talk, participants spent time with Catlin’s Buffalo Chase – Bull Protecting the Calves and Remington’s Buffalo Runners – Big Horn Basin. 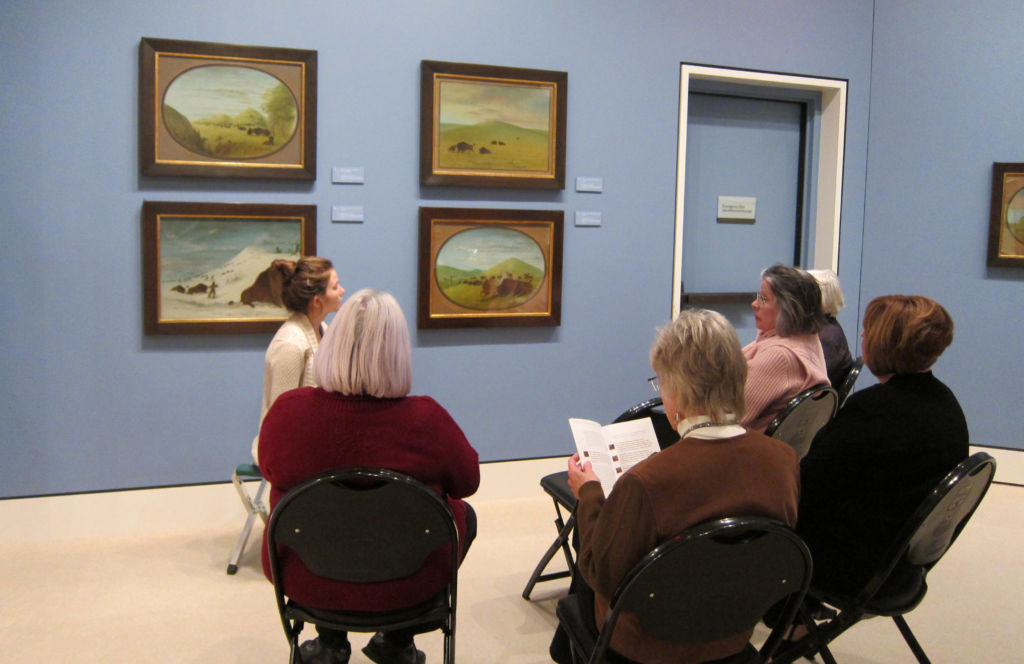 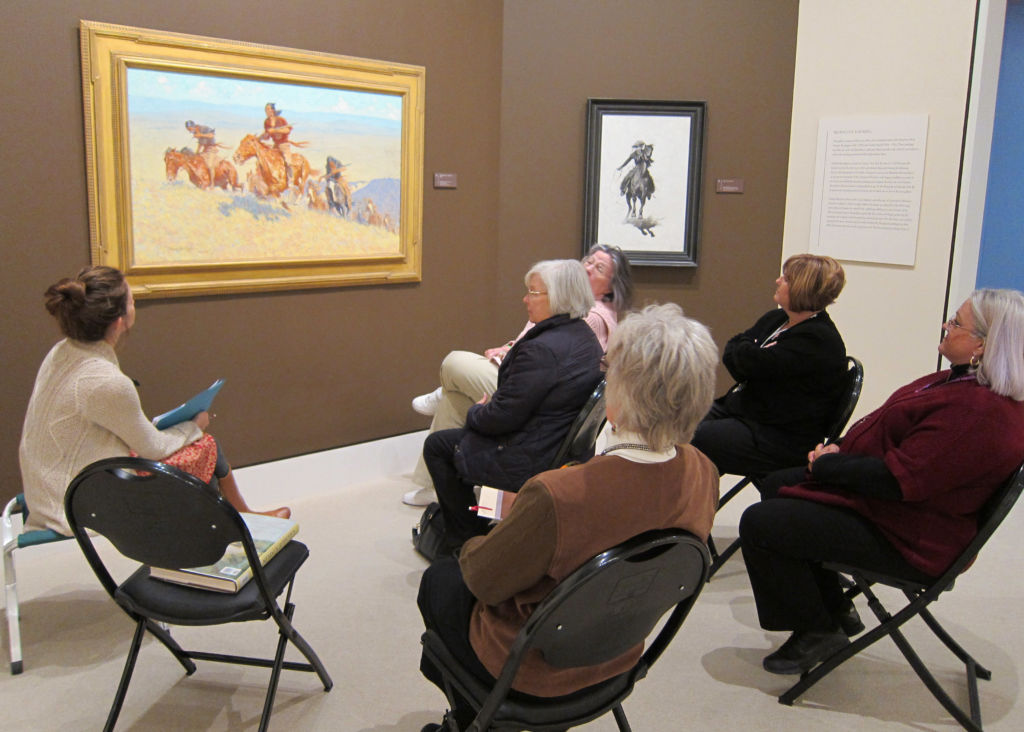 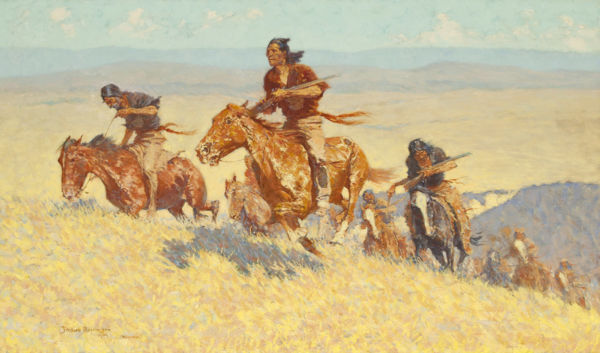 As an art historian and museum educator, I always find Tea & Talk to be a great resource in learning more about the artworks and learning to see our collection in new ways, both of which are sparked by comments and insights shared through our conversations. Last week’s program is a great example. While sitting in front of Remington’s Buffalo Runners – Big Horn Basin, it’s easy to get caught up in the artist’s sun-struck hues, the thick, loose application of paint, and the implied sense of movement in this dynamic scene. In fact, much of our conversation focused on these various aspects. Then someone pointed out the dark shadows on the faces of some of the men.

But wait, American Indian men are not known for having facial hair?

That’s when one of the participants referenced the Métis people.

Métis is the French term for “mixed-blood.” It’s similar to the Spanish term mestizo. The Métis tribe was a result of the encroachment of European settlement and exploration, as relationships developed between fur traders and Native American women, mostly Cree and Ojibwe. The first Métis communities appeared in the Great Lakes region, Ontario, North Dakota, and Montana near the Judith Basin. Many Métis people would come together for annual buffalo hunts, both for subsistence and for buffalo robes to sell.  Today, the Métis are found in many of these same areas and extending into many of the Canadian provinces, where the government has begun to recognize the Métis as a distinct people.

In the U.S., the word Métis is little known outside the historically Métis communities in the north. But now, thanks to Tea & Talk, the participants and I are equipped with this little nugget of knowledge.