In part two of our celebration of the stock show spirit, we’ll continue our look at the Sid Richardson Bohlin Parade Saddle. In 1947, Amon G. Carter presented  the saddle and riding outfit to Mr. Richardson as a token of appreciation for the hard work he had done to help make the Fort Worth Southwestern Exposition and Fat Stock Show a success. In his correspondence with Edward Bohlin, Mr. Carter requested the same type of saddle as made for the King of Arabia. All ornaments were to be silver instead of gold, and the tapaderas, or covered stirrups, to display the silver initials of the rider. 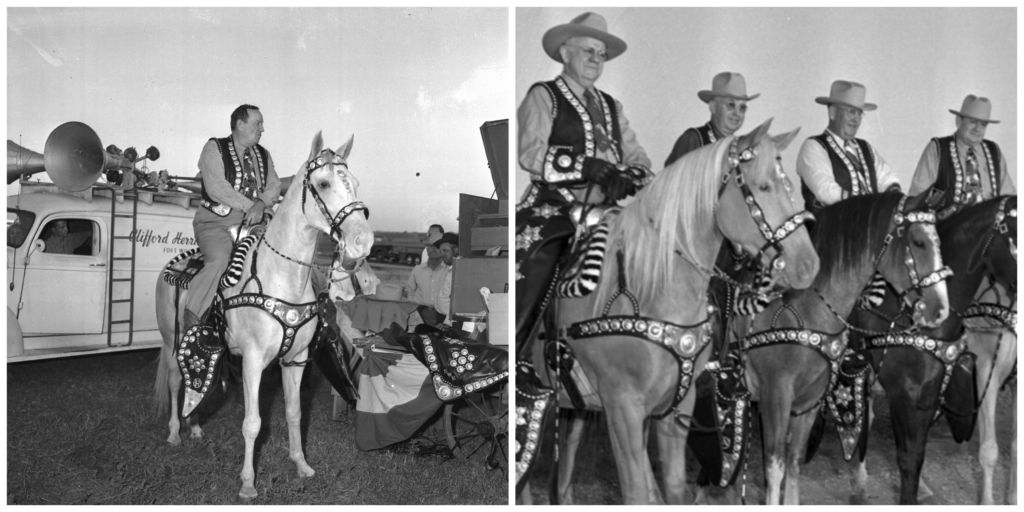 Notice the fine details of beautiful silver decorations on Sid Richardson’s saddle. Bohlin used several different methods, including repousse and engraving. Repousse, a French word meaning “to push back,” can be seen on the front of the saddle with the concho, or largest round ornament (top left image). The metal was hammered on the underside, causing the main form of the horse head to be raised. Next, details are added by carefully pushing down the metal, which is called chasing, as seen on the horse’s mane. Around the concho Bohlin used engraving to create the beautiful floral designs. Engraving is achieved by delicately chiseling away the silver. 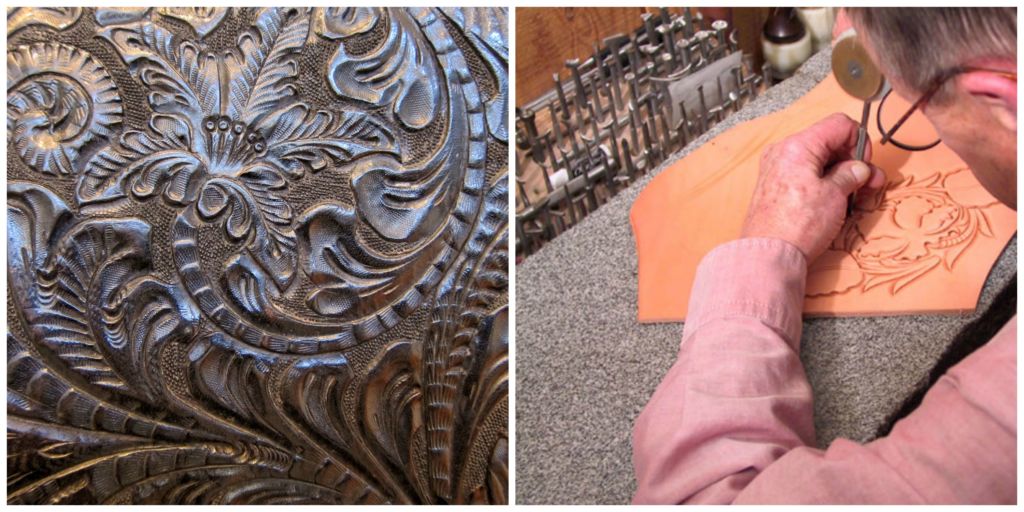 Leather tooling is another way to add decoration to a saddle. After the leather was dyed and generously moistened, the basic shapes were carved into the leather piece with a swivel knife. Then beveller tools and a hammer were used to deepen the lines that were first made with the swivel knife, making the design look three dimensional (as seen in the right image). Beveller tools can also be used to add more detail to the designs, such as the flowers and curling leaves seen on Mr. Richardson’s saddle.