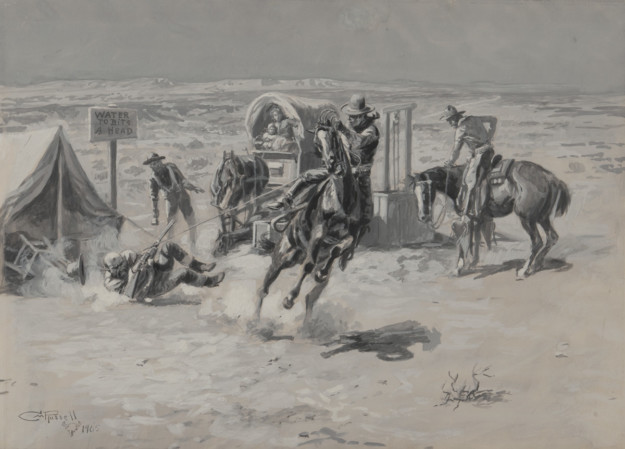 During the winter of 1904, while the Russells were staying with fellow illustrator John N. Marchand in New York, Charlie was not made short of work. He received several illustration jobs while in town: Scribner’s, Outing, Leslie’s, and McClure’s magazines. He Snaked Old Texas Pete Right Out of His Wicky-up, Gun and All was one of the pictures that Russell painted for McClure’s Magazine and was used to illustrate the first two installments of Stewart Edward White’s story Arizona Nights. 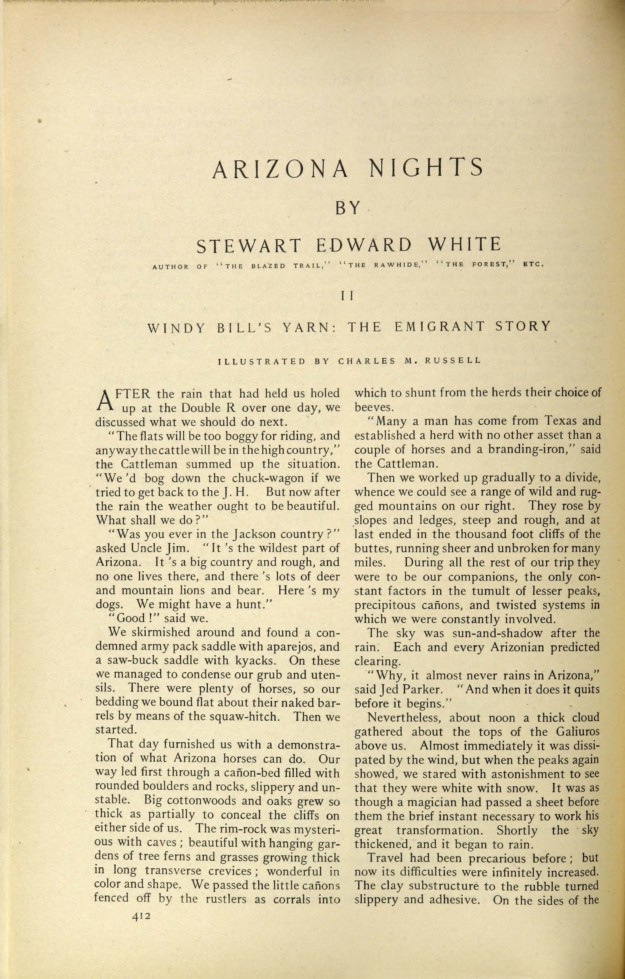 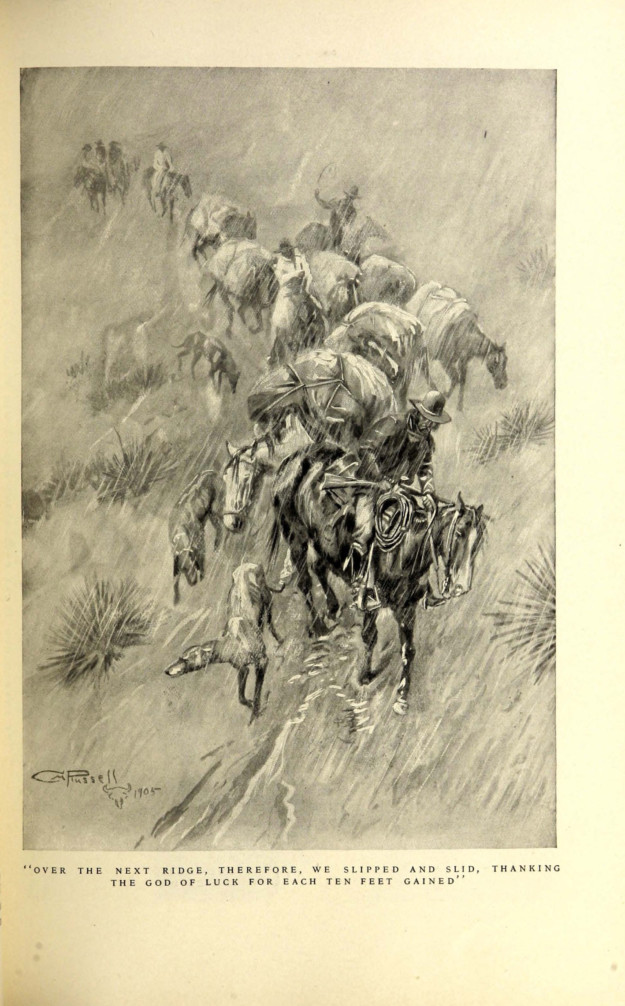 The famous American artist and illustrator, N.C. Wyeth illustrated the remaining installments of White’s story.  At the time, Wyeth’s mentor, the great illustrator Howard Pyle, was the magazine’s art director. Perhaps his personal preference influenced his change artist selection. Pyle turned down future requests for Russell’s illustrations, as evidenced by writer Edgar Beecher Bronson, who had appealed on Charlie’s behalf. Nancy Russell’s response to Mr. Bronson sheds some light on the issue:

We appreciate what you have done in trying to get McClure to have Chas. illustrate for them, but the art editor and I had a disagreement about some pictures about two years ago and I can understand how he would dislike to ask any favors or even to give work to Mr. Russell. We appreciate your efforts but don’t try to have Chas. illustrate anything for McClure because I know the present art editor will not have him if he can help himself.

Tellingly, all of Russell’s previous illustrations were replaced with Wyeth’s when White’s book Arizona Nights was published in 1907. 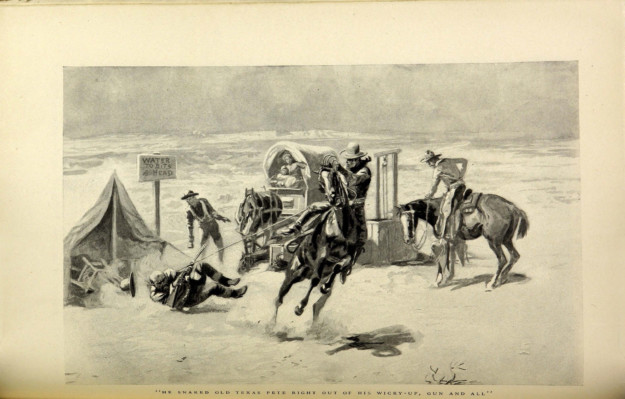