Rowing Up a Muscle and Fighting Mosquitoes

Rowing Up a Muscle and Fighting Mosquitoes 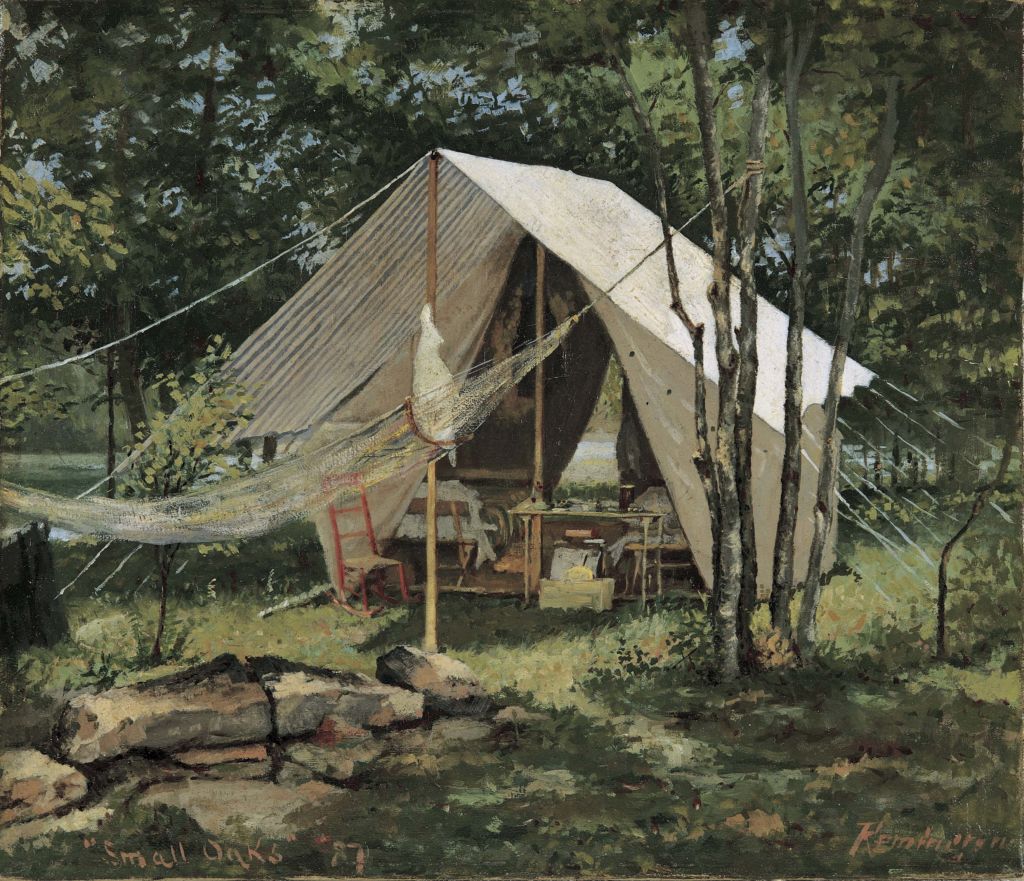 Frederic Remington enjoyed spending his summers outdoors, preferably camping. In his painting Small Oaks, he records his campsite from the summer of 1887, on Small Oaks Island in the St. Lawrence’s Chippewa Bay. In a letter to his friend Lt. Powhatan Clarke, Remington clearly expresses his fondness for the outdoors, writing: “a friend of mine owns the Island and has a small cottage but we ‘are in camp’—camp is the only thing in summer—if I had money enough I would live in a bark camp the year round . . .” 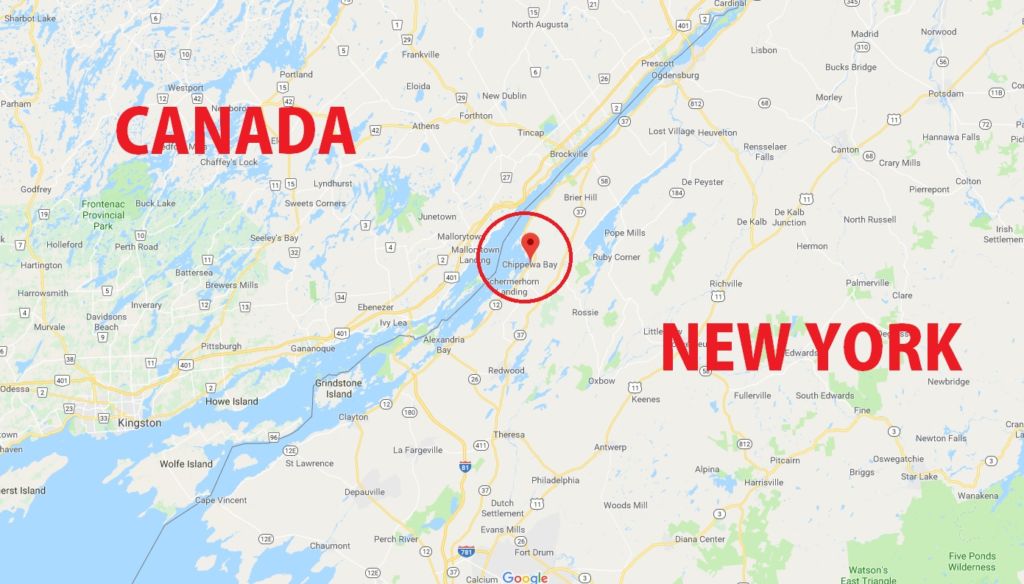 Remington wasn’t the only one who enjoyed camping in the summer. One of the little-known turning points in the history of American travel occurred in the spring of 1869, when a Boston preacher named William H.H. Murray published one of the first guidebooks to a wilderness area – the Adirondack Mountains of Remington’s North Country. Murray made the then-outrageous assertion that taking trips into the great outdoors could be a virtuous way to spend one’s leisure time. With the country’s rapid rise in industrialization, life in the city was beginning to take its toll on its citizens. The wilderness was the antidote for restoring one’s mind, body and spirit. Many of Murray’s suggestions of hiking, canoeing, and fishing were among Remington’s favorite pastimes. 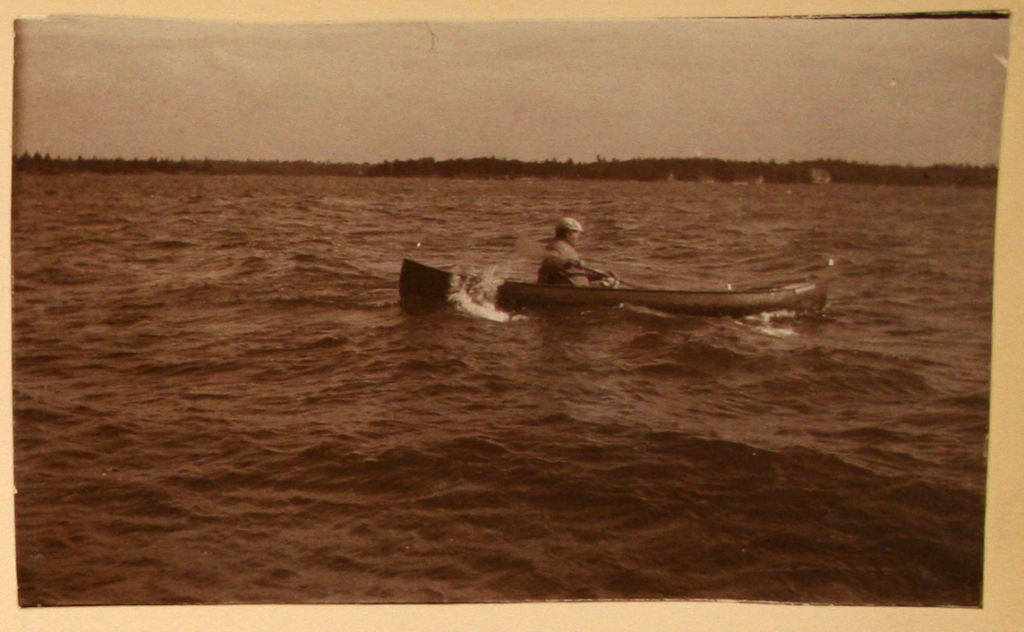 Following the camping trail further, I was curious to learn more about the history of this outdoor pursuit at the turn of the century. The tent featured in Remington’s campsite resembles a wall tent, a common style of tent used in the early 20th century. Today, wall tents and the similar bell tent have become used in recent years for “glamping” – a style of camping that is more luxurious than rugged.  A quick Google search of bell tents today will result in a slew of advertisements for the ultimate glamping or music festival tent. 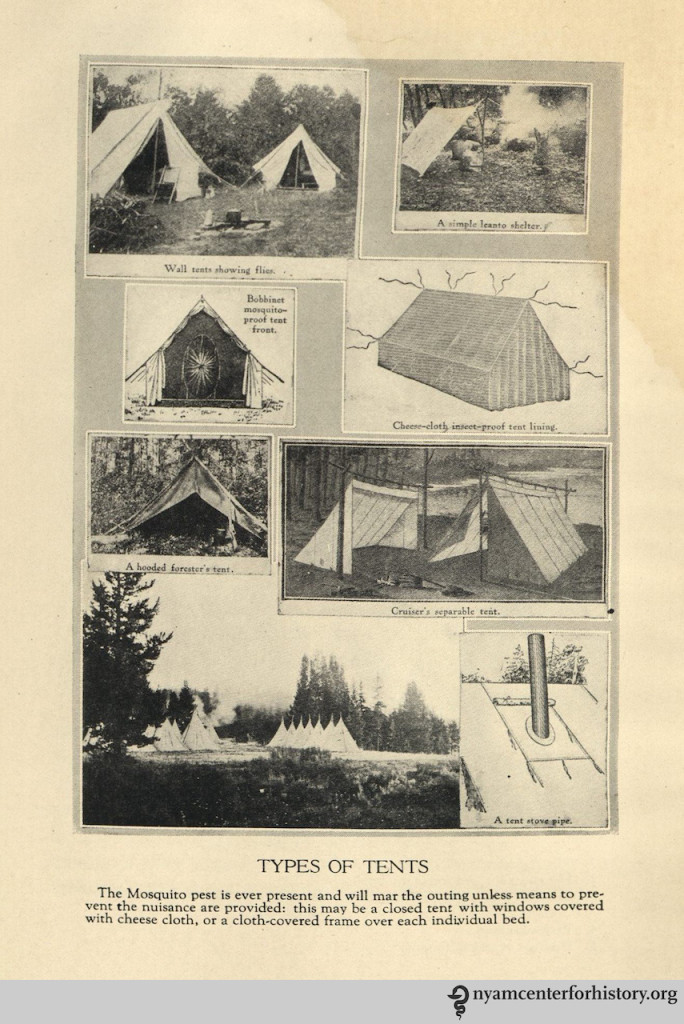 ‘Trail craft; an aid in getting the greatest good out of vacation trips’ by Claude Powell Fordyce (1922) 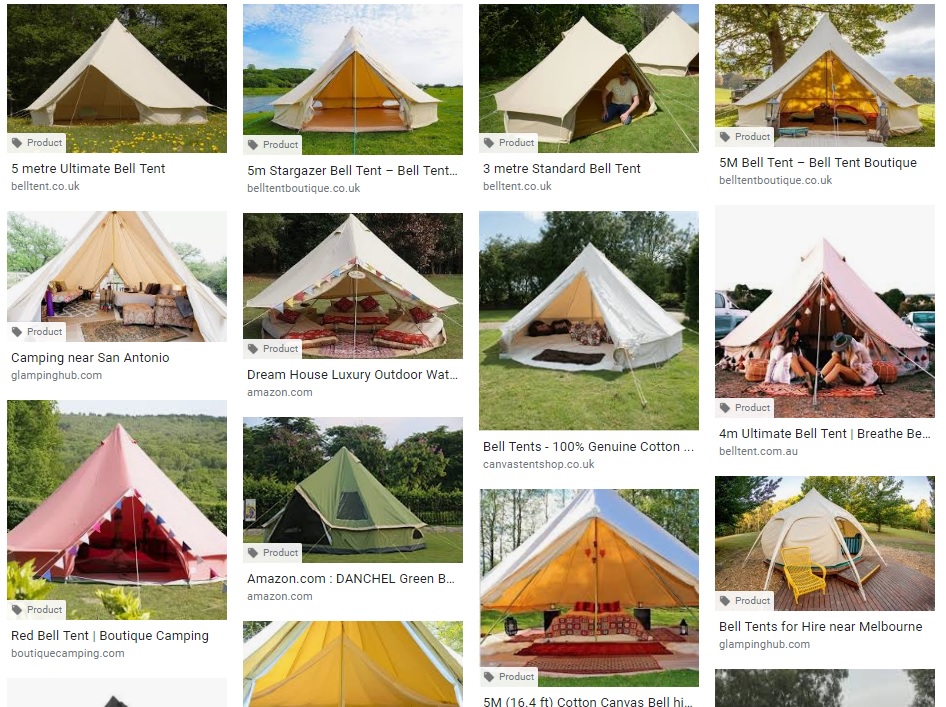 Camping today is vastly different than it was when Remington took off to Small Oaks. Tents were made of heavy canvas and outdoor clothing was heavy, bulky, and hard to dry. Today, thin, synthetic fibers simplify packing and keep campers more comfortable.

Not having access to insect repellant back then, Remington spent his evenings fighting mosquitoes. However, all in all, he reported having a good time camping, and this 1887 experience on Small Oaks may have planted the seed that led to his 1900 purchase of his own Chippewa Bay island, Ingleneuk – a place where Remington could nourish his inner being.

“I am in Chippewa Bay 10 miles below Alexandria Bay. Seven miles wide here and blows like hell every minute. Got a dandy lumbered island – 6 acres – good house – kitchen outside – boat house – two docks and a hospital tent. Its cool here all the while and I work summers. It was a good scheme since no one can live in New R – in the summer and work. It is cheaper than travel and anyhow summer is no time to spend on cars…” FR to Julian Ralph, Summer 1900 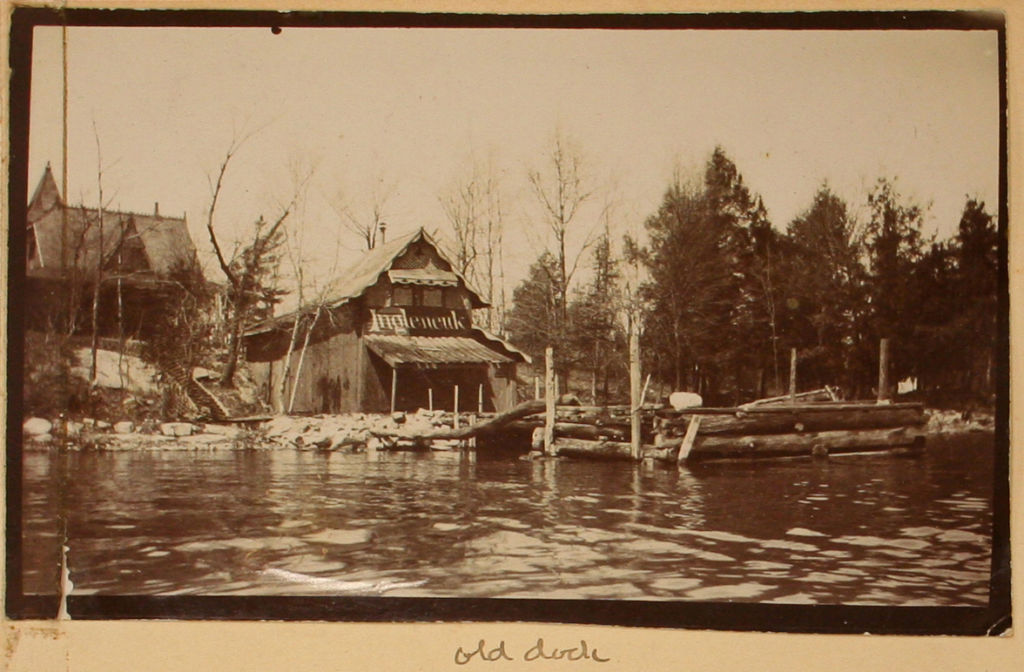