It’s August, and for students in Texas, that means the beginning of another school year. For some students, this month marks the beginning of their college years and will perhaps set the direction of their future careers. For many co-eds, college will be a time to discover their path, as was the case for SRM artist, Frederic Remington.

In the spring of 1878, Remington wrote to his Uncle Horace Sackrider, “I am going to try and get into Cornell College this coming June and if I succeed will be a Journalist. I mean to study for an artist anyhow, whether I ever make a success of it or not.” However, Cornell University did not have a journalism department at that time, so instead Remington enrolled in the newly created School of Fine Arts at Yale. He was one of 7 men, along with 30 other art students, in both the first art school at an American university and the first coeducational school at Yale.

Remington’s art instructors included J. Alden Weir and John Henry Niemeyer, both of whom had studied under French academic painter Jean-Léon Gérôme. Niemeyer, his drawing instructor, had come to Yale as a professor in 1871, just 2 years after the art school was founded and remained for over 30 years. Many considered Niemeyer a great teacher.

While at Yale, Remington successfully published his first illustration in one of the college newspapers, the Yale Courant. The sketch portrayed an injured football lineman recuperating in his room, his right foot elevated and his desk covered with bottles of liniment, or healing ointment. Could this be a self-portrait? 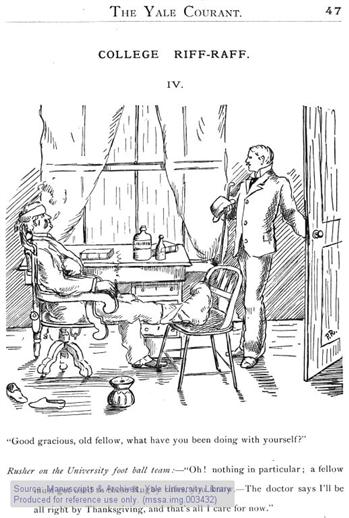 Remington disliked the academic approach of his art school which followed the strict, classical training of the period, like sketching from plaster casts. Instead, Remington preferred to focus his attention on playing football. The young co-ed joined the Yale team as a rusher in the fall of 1879. The team did not fare so well during Remington’s sophomore year, losing the 1879 championships in what became one of the highlights of the Yale-Princeton rivalry. 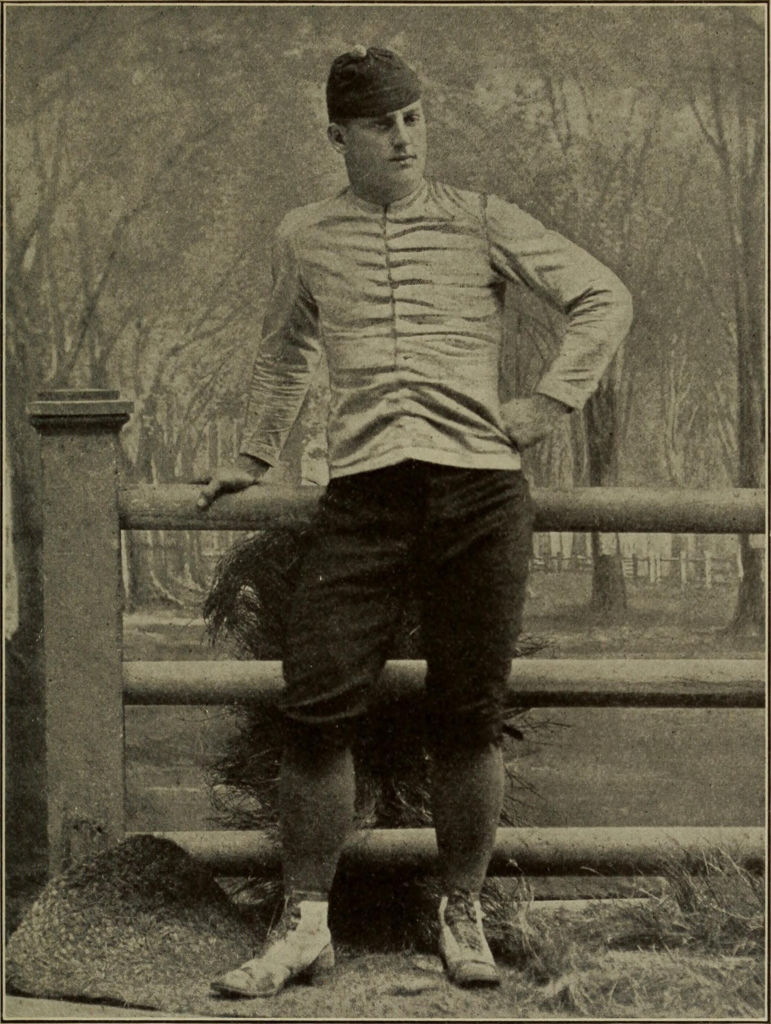 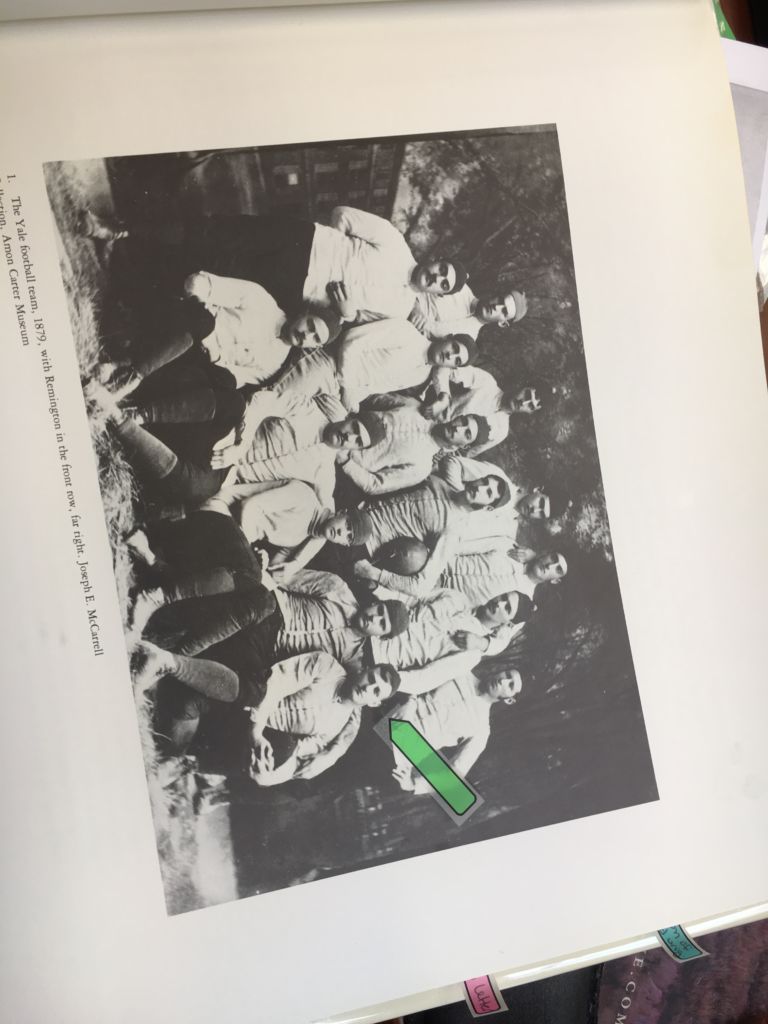 Unfortunately, Remington did not return to college after the holiday break that year due to the death of his father. Although college did not work out for Remington, it did not deter him from pursuing a career in the artist, first as a commercial illustrator, and later as a painter and sculptor, achieving success in all media.