Endion: The Place Where I Live

Endion: The Place Where I Live

Without a doubt, the iconic Western artist Frederic Remington was a New Yorker. He was born in Canton and raised in Ogdensburg, both small towns in Remington’s beloved North Country. Like many artists of his day, he developed his professional life in New York City, having lived in Brooklyn and Manhattan before purchasing a house in New Rochelle, a suburb of the Big Apple. 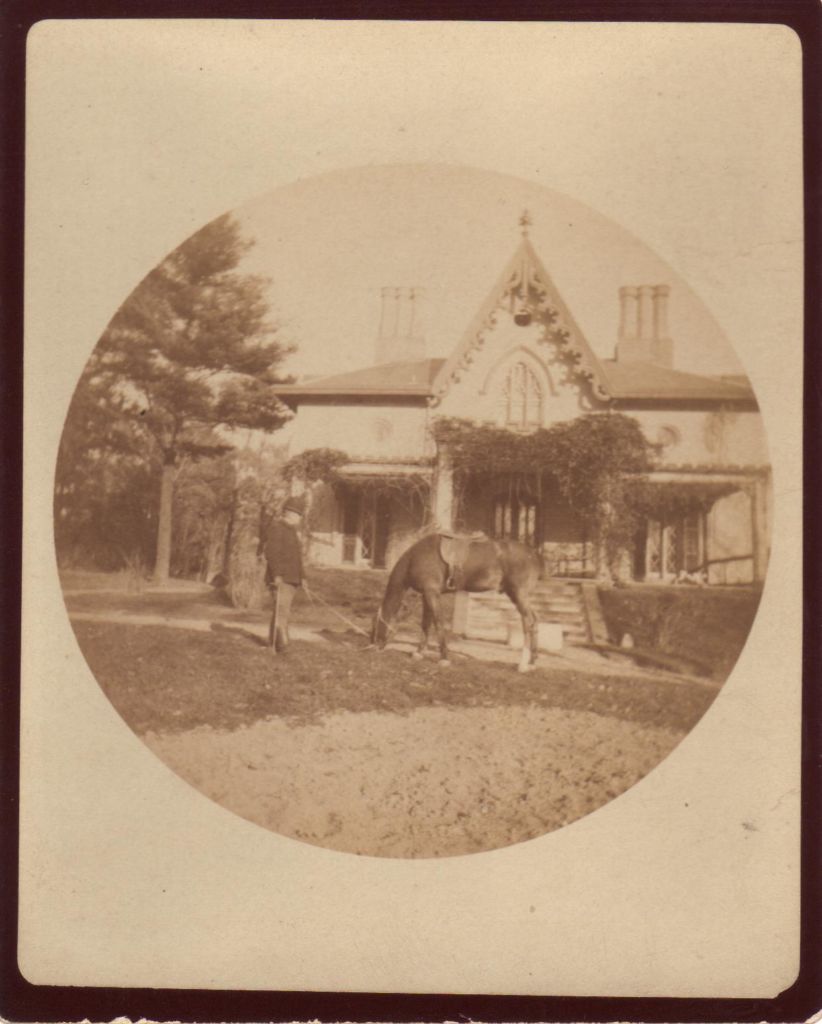 Frederic and Eva named their new home Endion (pronounced ahn-dy-yon), a Chippewa word meaning “my home” or “place where I live.” It’s hard to imagine that the home’s original name was “Coseyo,” as Remington’s description of his gentleman’s estate sounds far from quaint and cozy:

“- three acres – brick house – large stable – trees – granite gates – everything all hunk – lawn tennis in the front yard – garden – hen house – …located on the ‘quality hill’ of New Rochelle – 30 minutes from 42nd with two horses – both good ones on the place – duck shooting on the bay in the Fall – good society – sailing & the finest country ‘bout you ever saw – what more does one want.”

The Gothic-revival cottage was designed by Alexander J. Davis, a very successful and influential American architect of his time. Though the house was without a studio in the early years of Remington’s residence, he later contracted an architect to design a studio addition to the home. In a letter he wrote to his friend, the novelist Owen Wister, Remington shared, “Have concluded to build a butler’s pantry and a studio (Czar size) on my house—we will be torn [up] for a month and then will ask you to come over—throw your eye on the march of improvement and say this is a great thing for American art.” 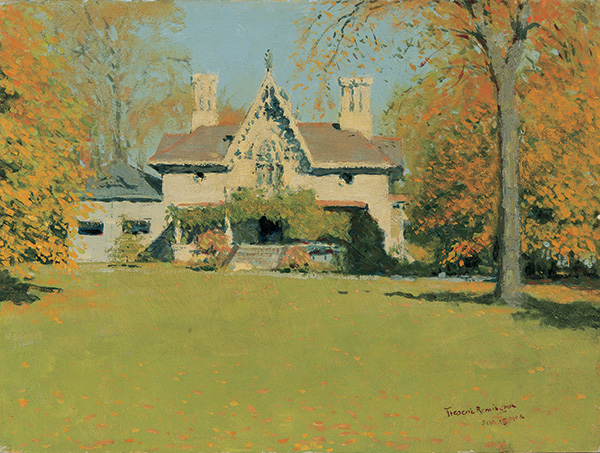 Remington rendered this 1908 view of Endion a few months before leaving for his new home in Ridgefield, Connecticut. His description of the weather that day matches the composition: “Warm—smoky autumn—the finest possible day.” Remington’s next home would be his last, and is actually the house wherein the artist painted the SRM composition The Love Call. Today, the Connecticut home is a National Historic Landmark. 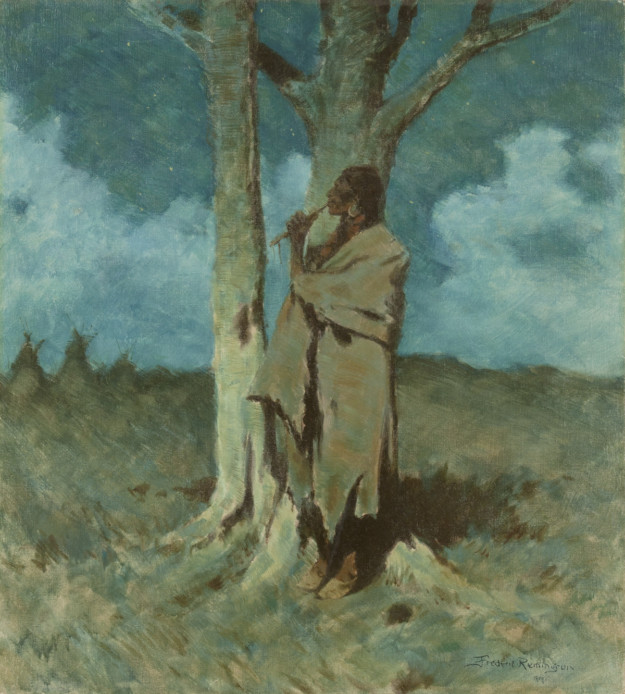