Western Treasures reunites significant paintings by Charles M. Russell, Frederic Remington, and their contemporaries with rarely seen paintings from the Museum’s permanent collection, combined with six bronze sculptures by Remington and Russell on loan from private collectors. The exhibition provides an opportunity to celebrate the strength of the collection and gain an appreciation of the early work of Russell, with emphasis on his affinity with the American Indian. 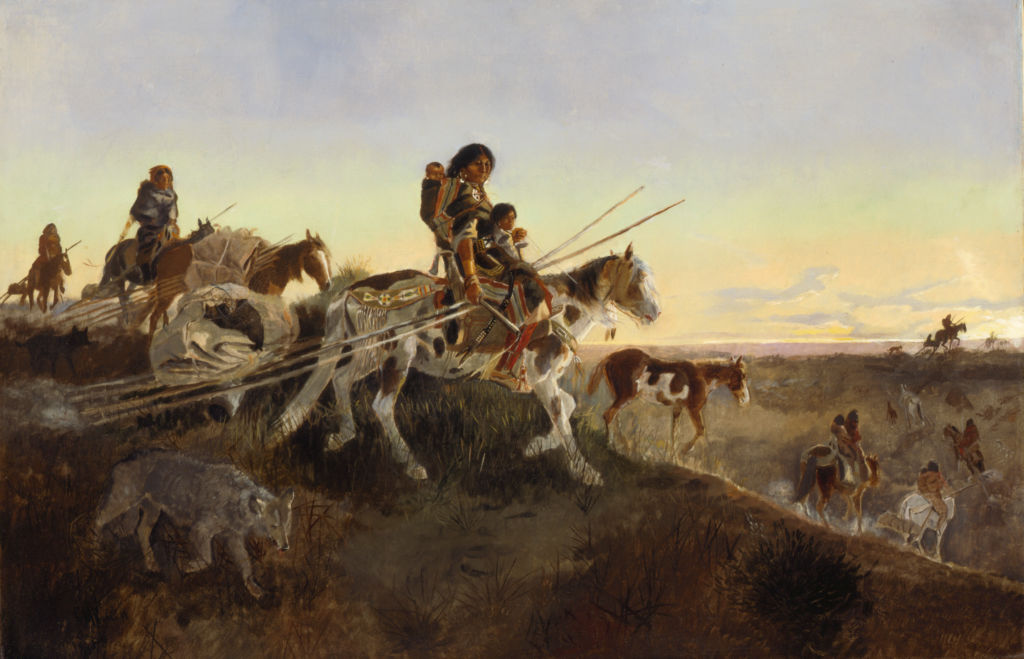 Seeking New Hunting Grounds (ca.1891) and Bringing Up the Trail (1895), two early oil paintings completed when Russell was 27 and 31, respectively, celebrate one of his favorite themes before the turn of the nineteenth century: Indians breaking camp. These two compelling paintings, with sun-struck horizons, celebrate women and children on the move, outfitted for travel. At this time, Russell was recognized as much for his depictions of American Indians as for cowboys. The light effects in these early oils are precursors to the artist’s mature works, as seen in the Museum’s When White Men Turn Red, painted 27 years earlier. 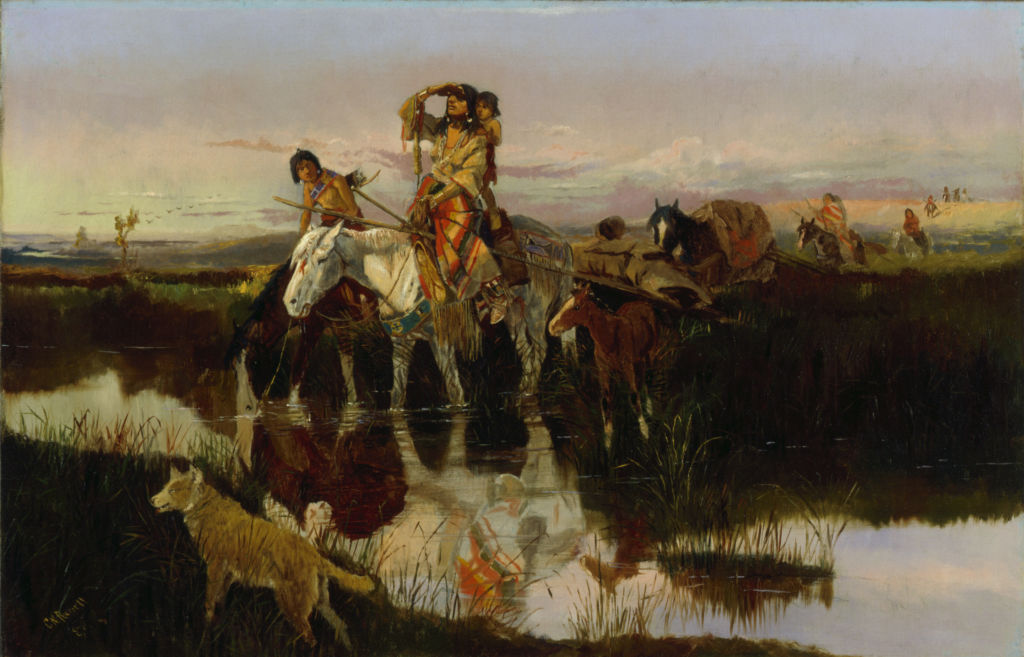 Seeking New Hunting Grounds and Bringing Up the Trail have not been on display for nearly nine years, and have been recently reframed for their return to the gallery. Want to learn more? Come spend time with these two works as we discover new insights during our upcoming Tea & Talk, Wednesday, November 6 from 2-3pm.