Basket weaving is an ancient craft, as old as the human race. In fact, basketry antedates pottery, having been in an advanced stage while pottery was still in its infancy. The word “basket” has changed very little from its original, the Welsh “basgawd,” which literally means a weaving or putting together of splinters.

It is believed that the development of baskets originated first from canes and then gourds, used to carry water. But gourds were heavy and difficult to transport, especially when travelling long distances across a desert. To help alleviate this distress, the carrier wrapped the gourd in a fibrous net of yucca leaves or flexible willow or splints – the birth of the basket. Baskets quickly became common, known for their strength and durability in carrying water and other supplies long distances. 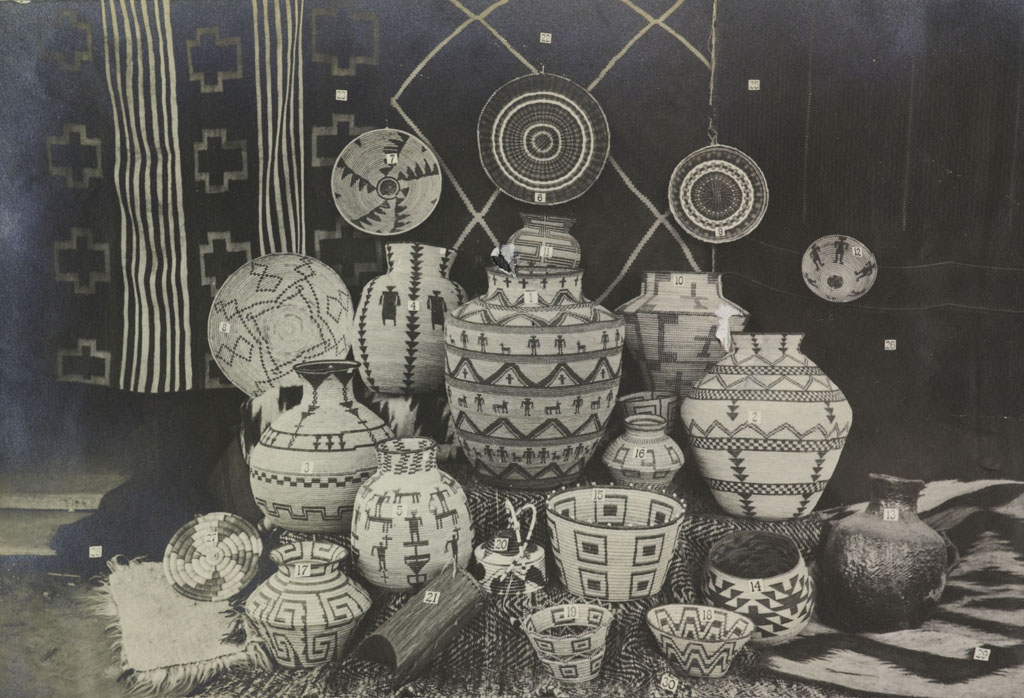 The production of basket-making is an arduous task. American Indian basketry was almost entirely the work of Indian women and was a highly respected skill. Life’s ambition set a sequence of goals: to be the best weaver of the family; to be the head weaver of the tribe; to be recognized as the leader of head weavers of other tribes. This approval from others meant great power and influence for the American Indian woman, and also provided a practical advantage. To be a good weaver often meant a guarantee of many suitors. The woman of many suitors had greater opportunities of choice. 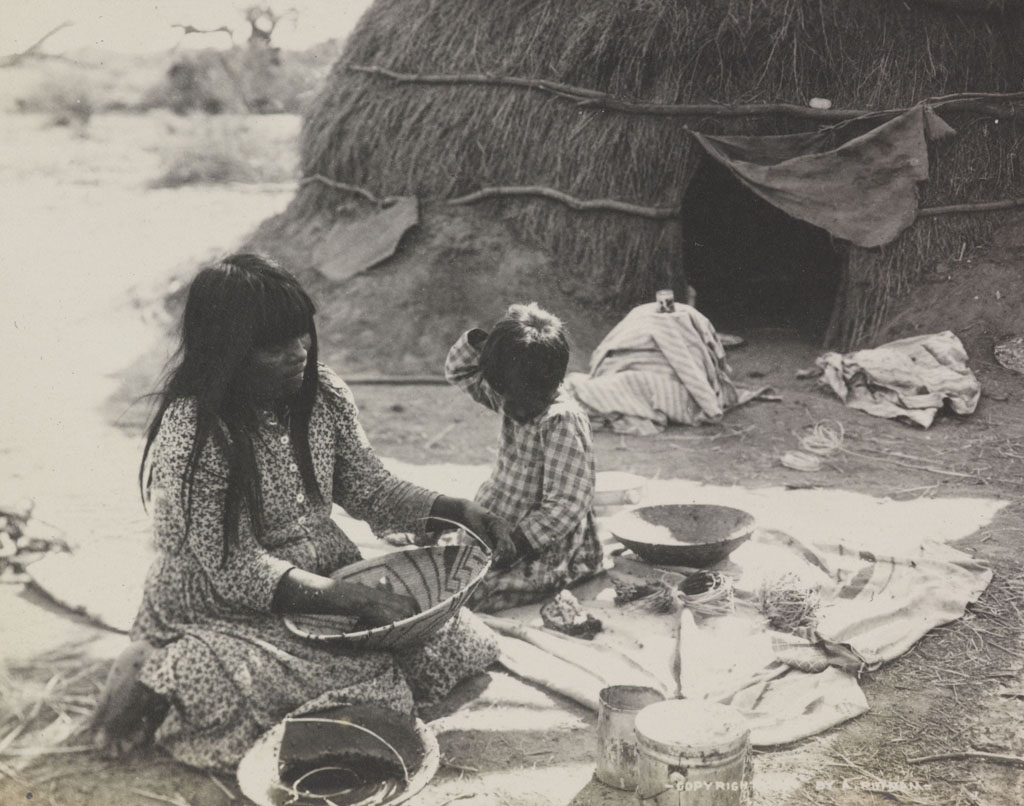 Basket-making is a multi-step process. First, one must harvest the materials. This requires a deep knowledge of where to find just the right resources, and to know when each element is ripe for the gathering. One must also have experience with the methods of growing and harvesting these resources, and have the tools used in gathering. These women knew which part of the plants provided the toughest and most pliable roots, where to find the best source of this root, which plants yielded the colors desired, etc. Likewise, the Indian women were well-practiced in the preparation of natural dyes.

Next, once the materials have been carefully selected and gathered, one must prepare them for weaving. This could include peeling, splitting, making splints, yarning or twisting, twinning, braiding, soaking, gauging, and coloring. Colors were significant and often symbolic. For example, red was a sacred color to many American Indians, and generally symbolizes life.

Finally, with the materials gathered and prepped, production can begin. As with most Native American art, there were originally multiple distinct basketry traditions in North America. Different tribes used different materials, weaving techniques, basket shapes, and patterns, dependent on their region and what materials were available to them in that environment. Northeast Indian baskets, for example, are traditionally made out of braided sweet grass or pounded ash splints. Similarly, different tribes and different baskets had various uses, whether for medicinal rituals, sacred meals, or wedding ceremonies. 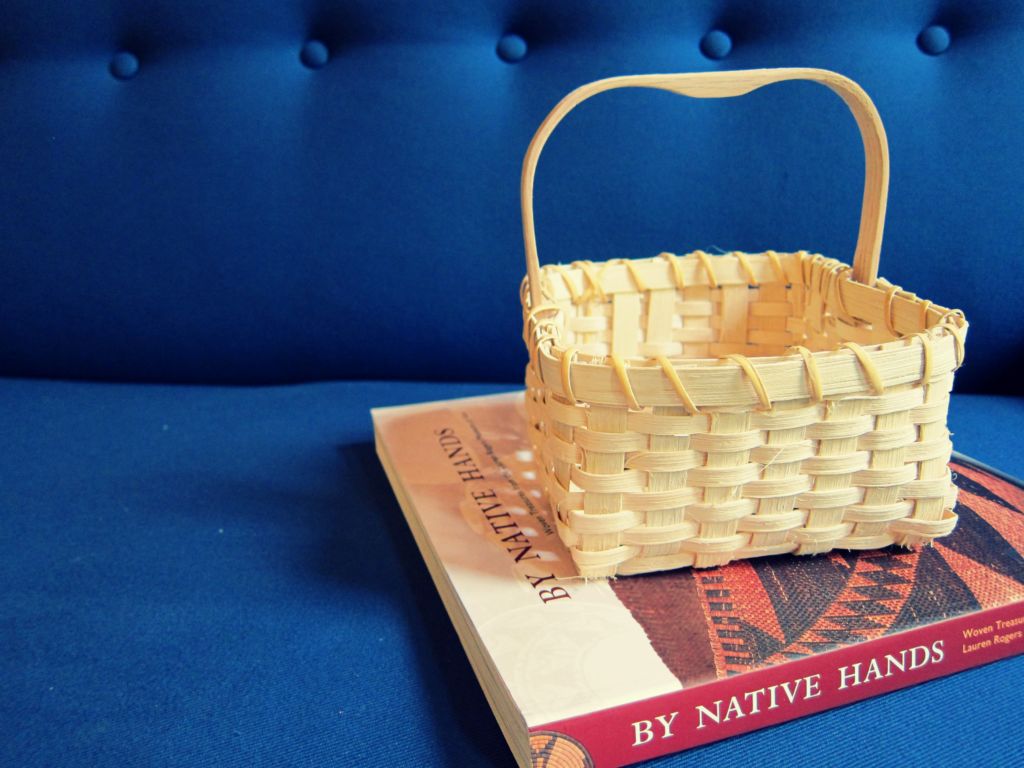 Above all, fine basketry preserved the traditions and ideals of the American Indian. You can discover more about this ancient craft at our upcoming adult program, Sid’s Studio. Participants will learn about the American Indian tradition of basket weaving and will create their own woven baskets in the studio. Because space is limited, registration is required along with a $10 supply fee.  To register, visit www.sidrichardsonmuseum.org/sids_studio. 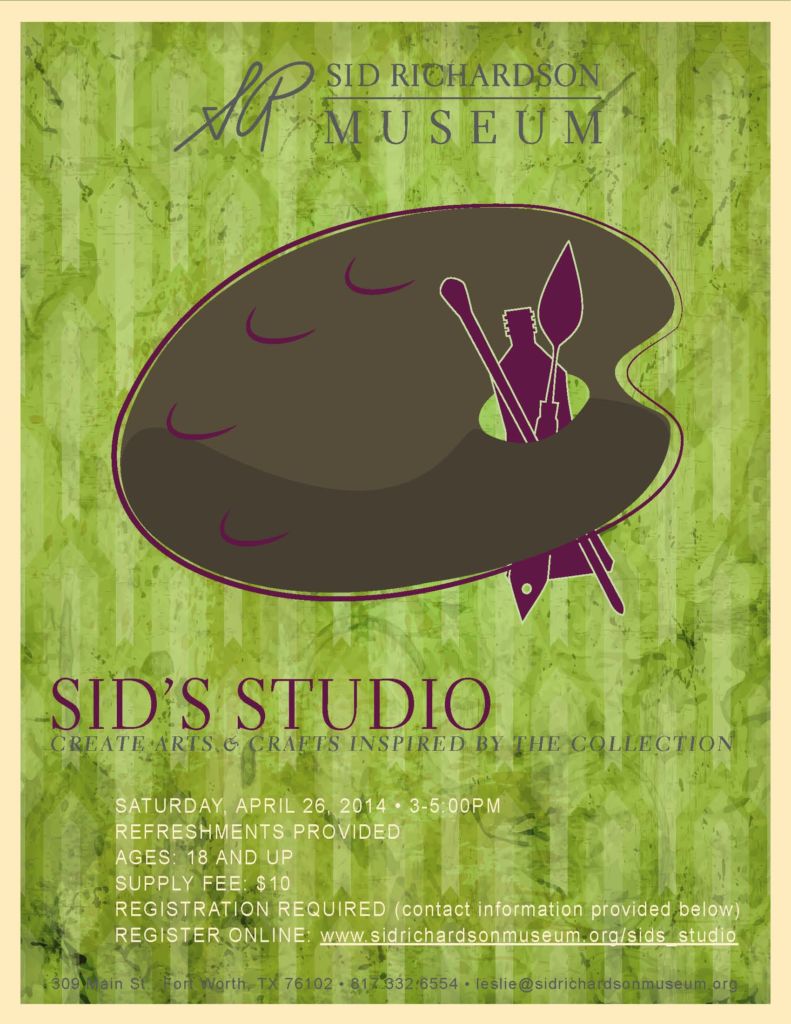