Today we highlight a work by New Jersey artist Charles Schreyvogel. As noted on our blog, Schreyvogel gained national attention after a much publicized controversy between the artist and Frederic Remington. Best known for his depictions of horse soldiers of the Indian Wars, Schreyvogel’s Attack on the Herd is a unique composition in that it portrays a cowboy protagonist rather than a cavalryman. The striking canvas engages the viewer, inciting visual curiosity as the exciting spectacle of frontier conflict unfolds. 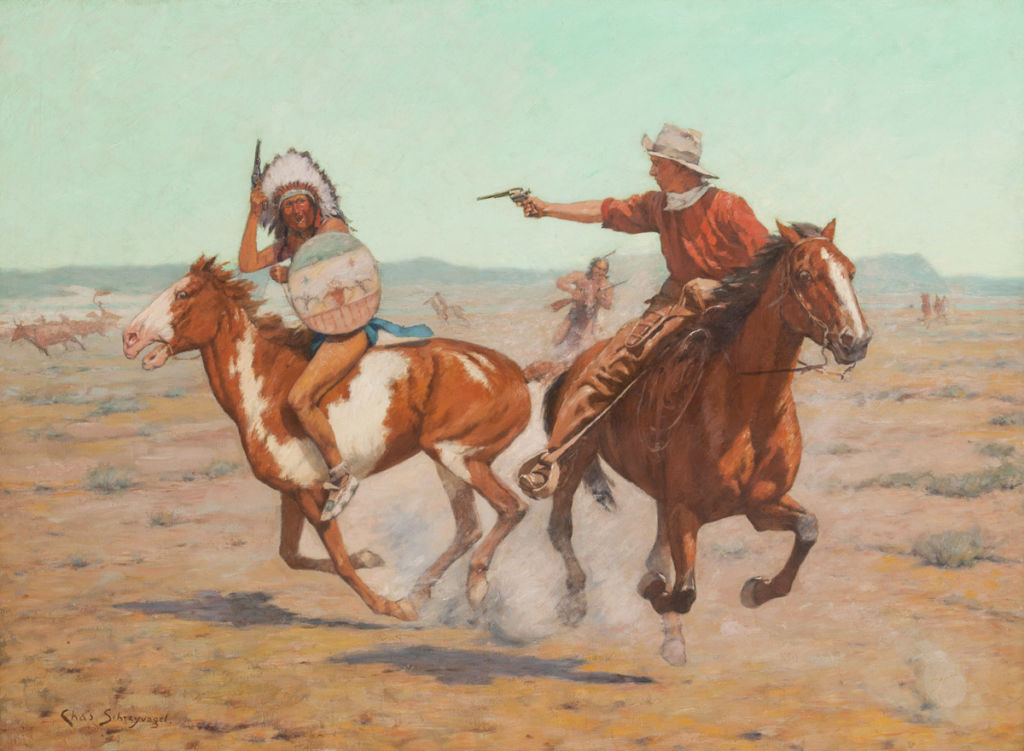 The frantic movements of the horses in the foreground heighten much of this theatrical display. Schreyvogel paid particular attention to the horses in all his paintings. During an 1893 sojourn to the West, the artist made several sketches of cavalry horses and Indian ponies, which he used back in his Hoboken studio to mold clay models from which to paint.

In addition to sketches, Schreyvogel liked photography and used it for his studies. Familiar with Eadweard Muybridge’s famous motion experiments of the 1880s, Schreyvogel often left his studio to conduct his own investigations of movement. To capture the various positions and expressions of the horse and rider, the artist relied on photography to collect images of his mounted cowboy friends as they galloped about. Encapsulating these dynamic details gives paintings such as Attack on the Herd an added charge and immediacy. 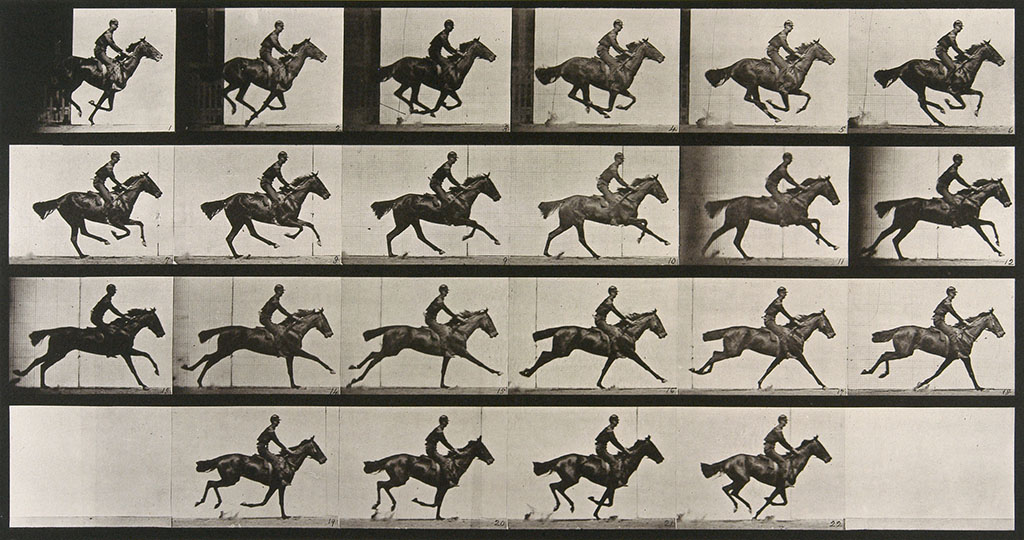 Want to discover more insights about this painting? Join us for our upcoming Tea & Talk, Wednesday, February 19 from 2-3pm.