One aspect of our current exhibit In A Different Light: Winslow Homer & Frederic Remington, is the examination of the illustration career of both artists as a defining element of their success among the American public. On display is a great example of how Remington’s art was disseminated in printed form with a copy of the December 21, 1889 issue of Harper’s Weekly. Here we have a boisterous group of cowboys in revelry during the beloved Christmas holiday. 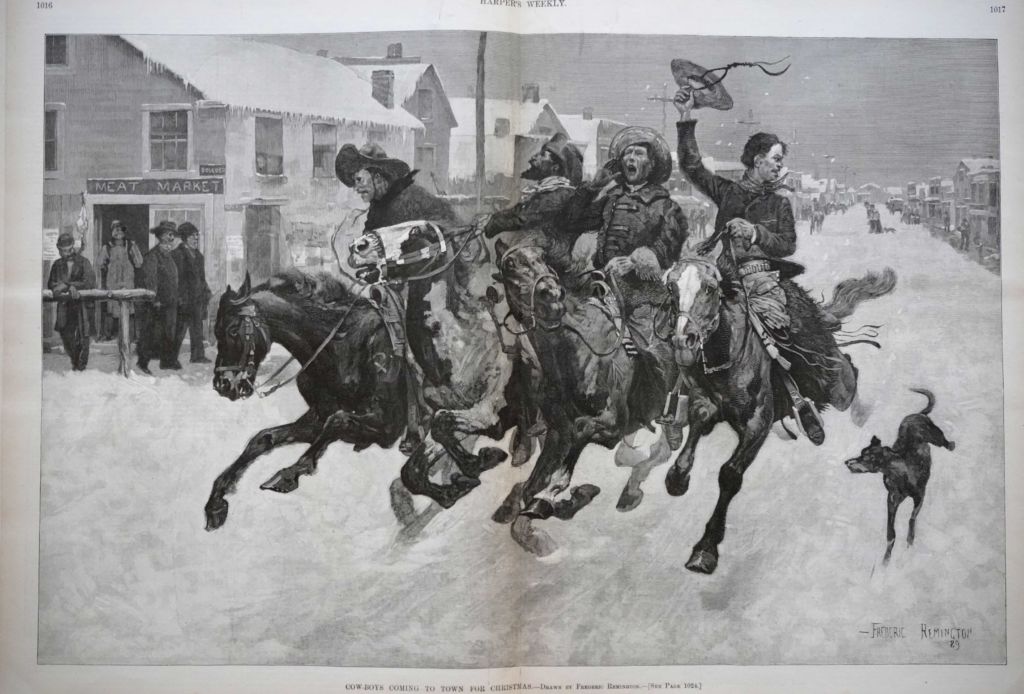 In the American West, cowboys, soldiers, and settlers celebrated Christmas in many of the ways some of us do today. But of course, life on the frontier was challenging and unpredictable – gifts and decorations were humbler in nature.

In Army Letters From an Officer’s Wife, 1871-1888 by Frances M.A. Roe, wife of Army Lieutenant Colonel Fayette Washington Roe recalls the first Christmas she and her husband spent in Colorado Territory in 1871.  She writes:

“Our first Christmas on the frontier was ever so pleasant, but it certainly was most vexatious not to have that box from home … however, … a number of things came from the girls, and several women of the garrison sent pretty little gifts to me. It was so kind and thoughtful of them to remember that I might be a bit homesick just now. All the little presents were spread out on a table, and in a way to make them present as fine an appearance as possible.”

On the prairie, holiday decorations were often homemade from whatever natural materials were available, like pine-cones, evergreen, nuts and berries. A Christmas tree in every home was not common until the late 1800s and early 1900s, and was more likely to be decorated on the frontier with yarn, ribbon, berries, popcorn strings, paper stings, and cookie dough ornaments. 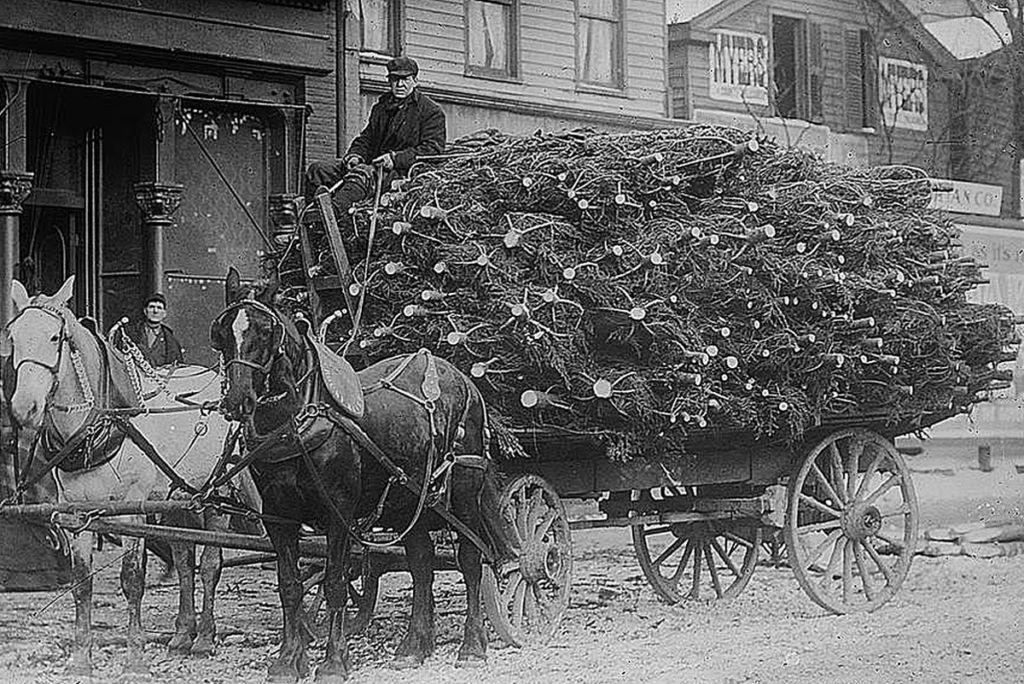 In her book Little House in the Big Woods, Laura Ingalls Wilder wrote of the preparations for Christmas on the Kansas Prairie:

“Ma was busy all day long, cooking good things for Christmas…She baked vinegar pies and dried-apple pies and filled a big jar with cookies, and she let Laura and Mary lick the cake spoon.” Gifts received included a new tin cup, a peppermint candy, a heart-shaped cake, and a brand-new penny in her stocking – all of which would be considered a wealth of gifts at that time.

In the 1880s, New York newspaper reporter William Lawrence “Larry” Chittenden attended a Cowboy Christmas dance at the Star Hotel in Anson, Texas. He made that event famous with a poem he published in 1890 titled “The Cowboys’ Christmas Ball.” Here’s a few lines from the poem that read:

While the Double Mountains slumber, in heavenly kinds of dreams;

Where the antelope is grazin’ and the lonely plovers call—

It was there that I attended “The Cowboys’ Christmas Ball.” 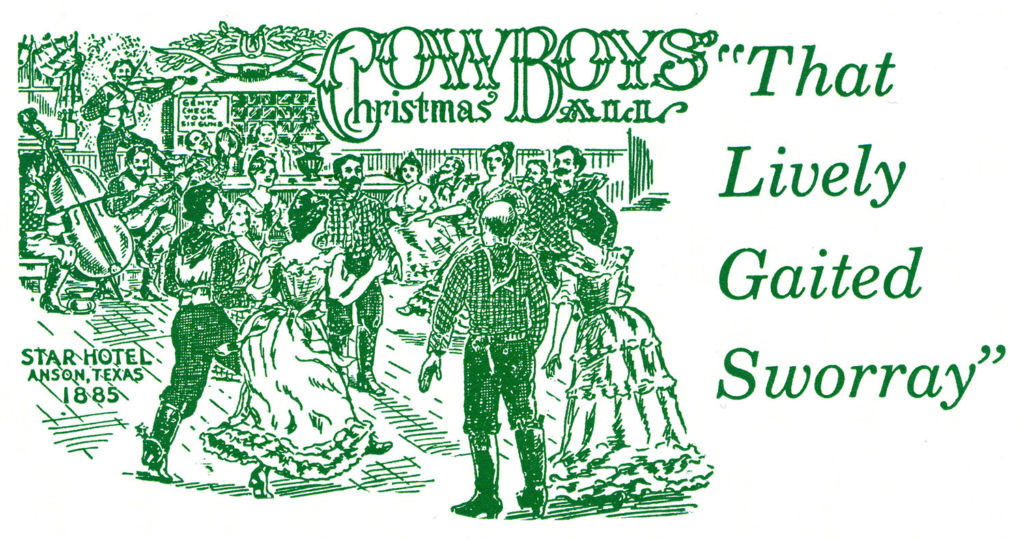 Mr. Chittenden eventually became known as the poet-ranchman of Texas, and that poem became a song that was recorded in 1985 by Michael Martin Murphey. The Texas Cowboys’ Christmas Ball remains an annual event in Anson.