Hide & Horn On The Chisholm Trail

2017 marked the 150th anniversary of the Chisholm Trail, which brought cattle drives to Fort Worth and spurred the city’s early growth. As part of a community-wide celebration, the Sid Richardson Museum welcomed rare collector’s items from the cattle trail era as “guests of honor.”

Two such items, a trail map and a guide book, were on display. Printed in large numbers with variations in text, trail maps and guide books were used as promotional materials for the Kansas Pacific Railway as a means for luring cattle drovers from the shipping centers of rival railroads.

An 1872 lithograph map shows Texas and parts of the Indian Territory, Arkansas Territory, Kansas, Colorado, and New Mexico, indicating cattle trails from Texas to Kansas. The map showed cattle routes to be followed by ranchers to market their beef, stretching from Texas points to Kansas railheads, with rail lines leading to western points such as Denver, Colorado. The longhorn steer with the Kansas Pacific Railway’s name on a banner spanning its horns, and the title of the map on a Texas lone star badge hanging from a ring in the steer’s nose, underscored the map’s marketing function.

Trail maps were issued folded inside of the back cover of an accompanying guide book. This 1873 edition of a guide book offered concise descriptions of the routes, showing distances, streams, crossings, camping grounds, wood, water, and supply stores, etc., from the Red River crossing to cities in Kansas. The guide book described the benefits of driving cattle to the Kansas railheads, and concluded that with “the principal advantages claimed and admitted for this great popular Trail—grass and water in abundance, good markets, plenty of purchasers and unexceptional [sic] facilities for handling and shipping cattle, no drover having his own interests in view will fail to drive to the old reliable Kansas Pacific Railway.”

Originally from the library of Sid W. Richardson was a 1941 copy of J. Frank Dobie’s book The Longhorns, illustrated by artist Tom Lea, and dedicated to Richardson by the author. The Longhorns described the roots of the Texas Longhorn, and is considered to be one of the best accounts of the traditions of the Texas Longhorn cattle breed during the 19th century. Dobie used Richardson’s island ranch as a writer’s haven in 1939 when he wrote the book. Each print edition opens with a dedication to Sid, and each of the chapters was dedicated to a significant individual in Dobie’s life. Dobie wrote a personal inscription in Richardson’s copy of The Longhorns, and “branded it” in the upper and lower left corners. Dobie aided his friend in his mission to preserve the Texas Longhorn by selecting a herd to be purchased by Richardson, and finding placement for the Longhorns in Texas state parks. The herds were later consolidated and in 1948, moved to Fort Griffin State Park.

Longhorns were particularly suited to cattle drives, sturdy and able to graze on whatever plant material was available. Dobie called longhorns “cow brutes on the open range.” In 1925, artist Charlie Russell created a reclining longhorn in plaster to give as Christmas gifts to friends, giving each distinctive horn shapes and painted in a variety of colors. After Russell’s death in 1926, several of the plaster versions were cast in bronze with permission from Russell’s widow. Additional casts of The Texas Steer continued to be fabricated into the mid-1970s. 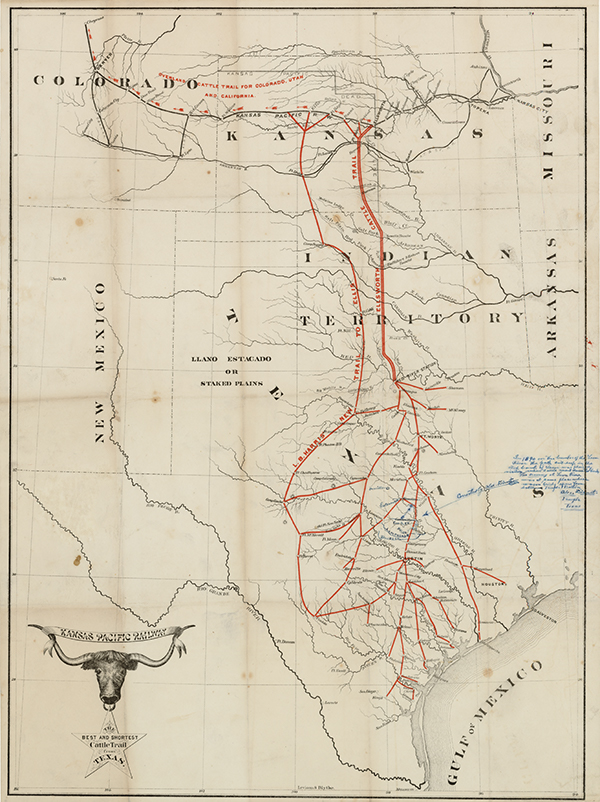 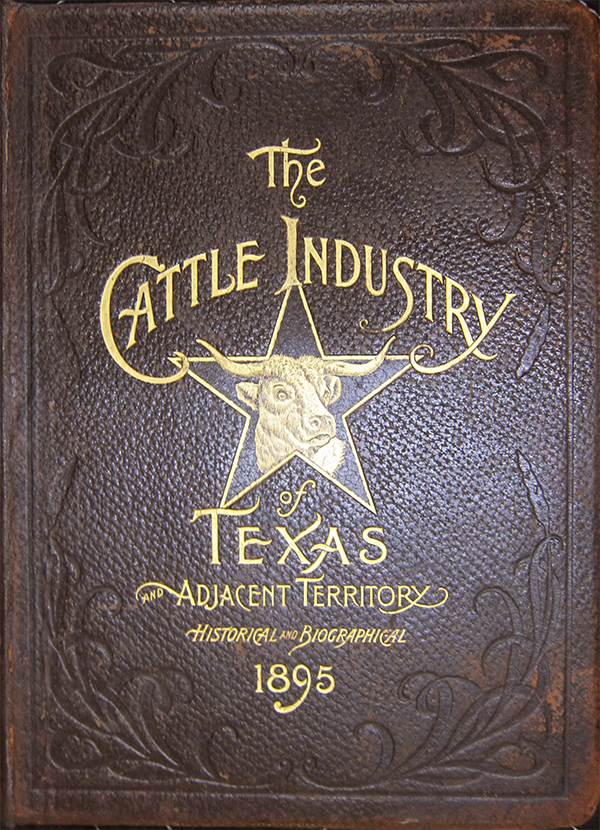 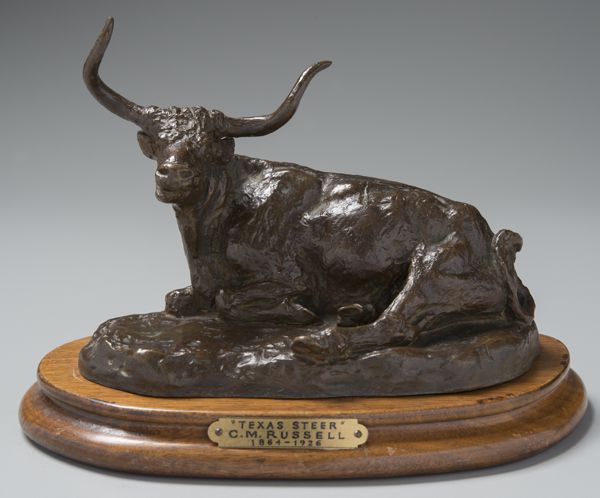 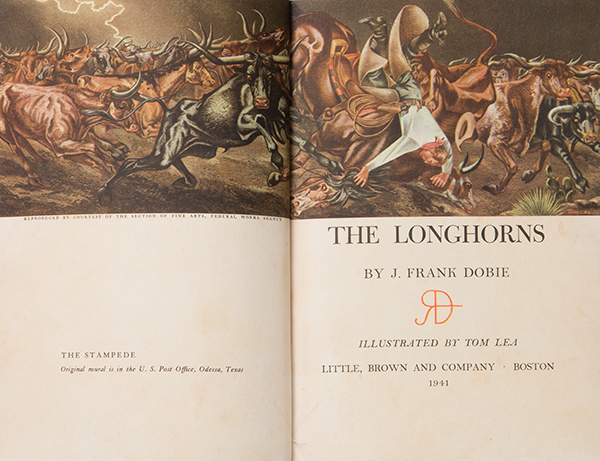