The American watercolor movement — both amateur and professional — came to fruition in the 1880s and 1890s during Charles M. Russell’s formative years as an artist. The rapid popularization of watercolor painting made it possible for a young, untutored artist like Russell to find his own way, even within the confines of an isolated frontier society. Russell thought he was a better watercolorist than a painter in oils, and some family members and friends agreed with him. Even today, experts who have studied Russell’s art believe that his watercolors are among his finest efforts. Those who view the sixteen watercolors on display in this gallery will understand and appreciate the high degree of his achievement.

Many people think of watercolor as a spontaneous medium, because the washes and brush strokes look like they were laid on rapidly and with great assurance. However, watercolor is a difficult medium to master. As one authority on watercolor painting observed, the process of creating a successful watercolor is complex — much like thinking through a chess match. There are a multitude of decisions to be made, any one of which could adversely affect the outcome. It is all the more remarkable that Russell arrived at his mastery of the watercolor medium with little or no formal training, several years before his first trip to the artistic mecca of New York.

This companion exhibition of Russell’s watercolors was held in conjunction with Romance Maker: The Watercolors of Charles M. Russell, on view at the Amon Carter Museum of American Art from February 11 to May 13, 2012. 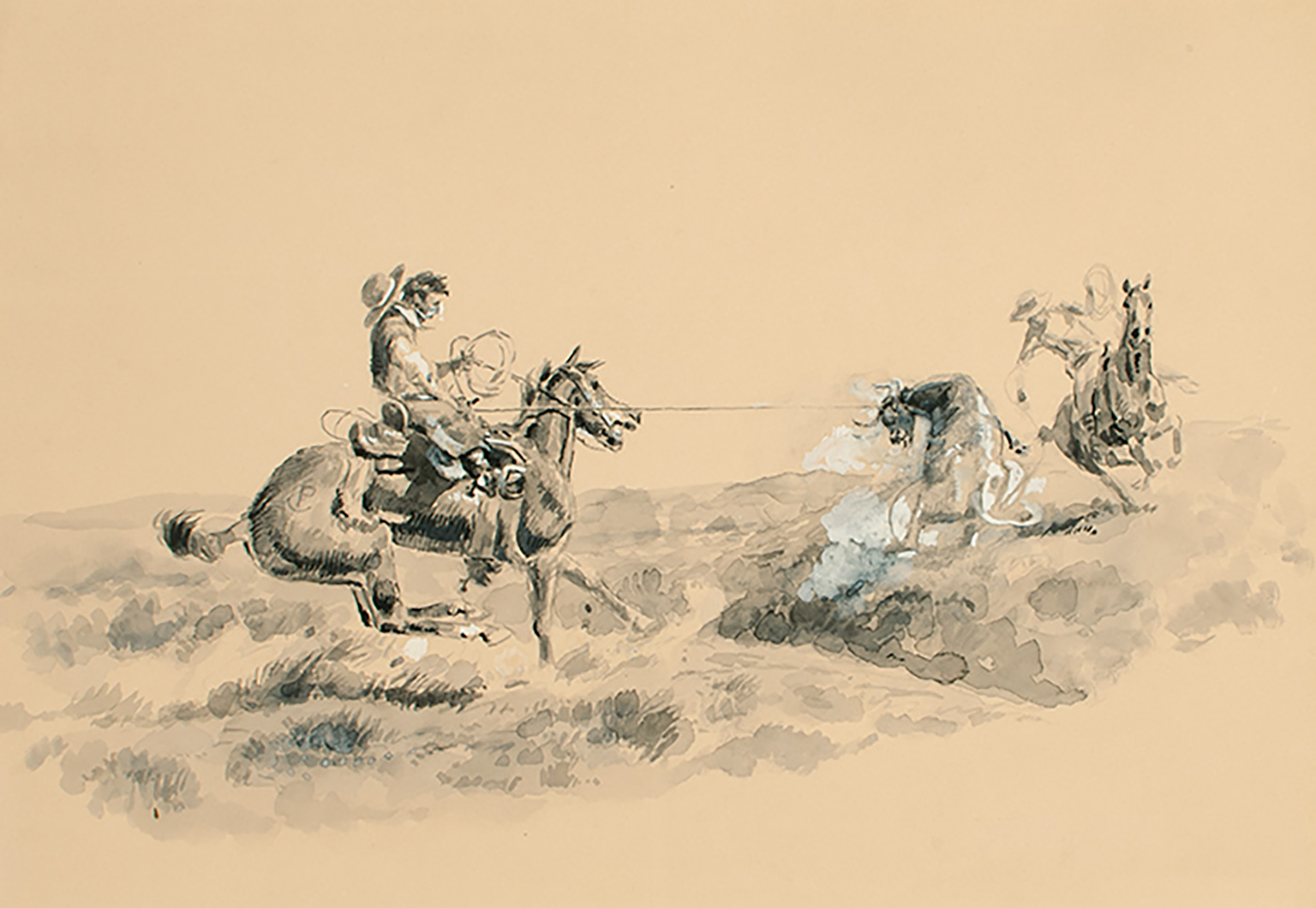 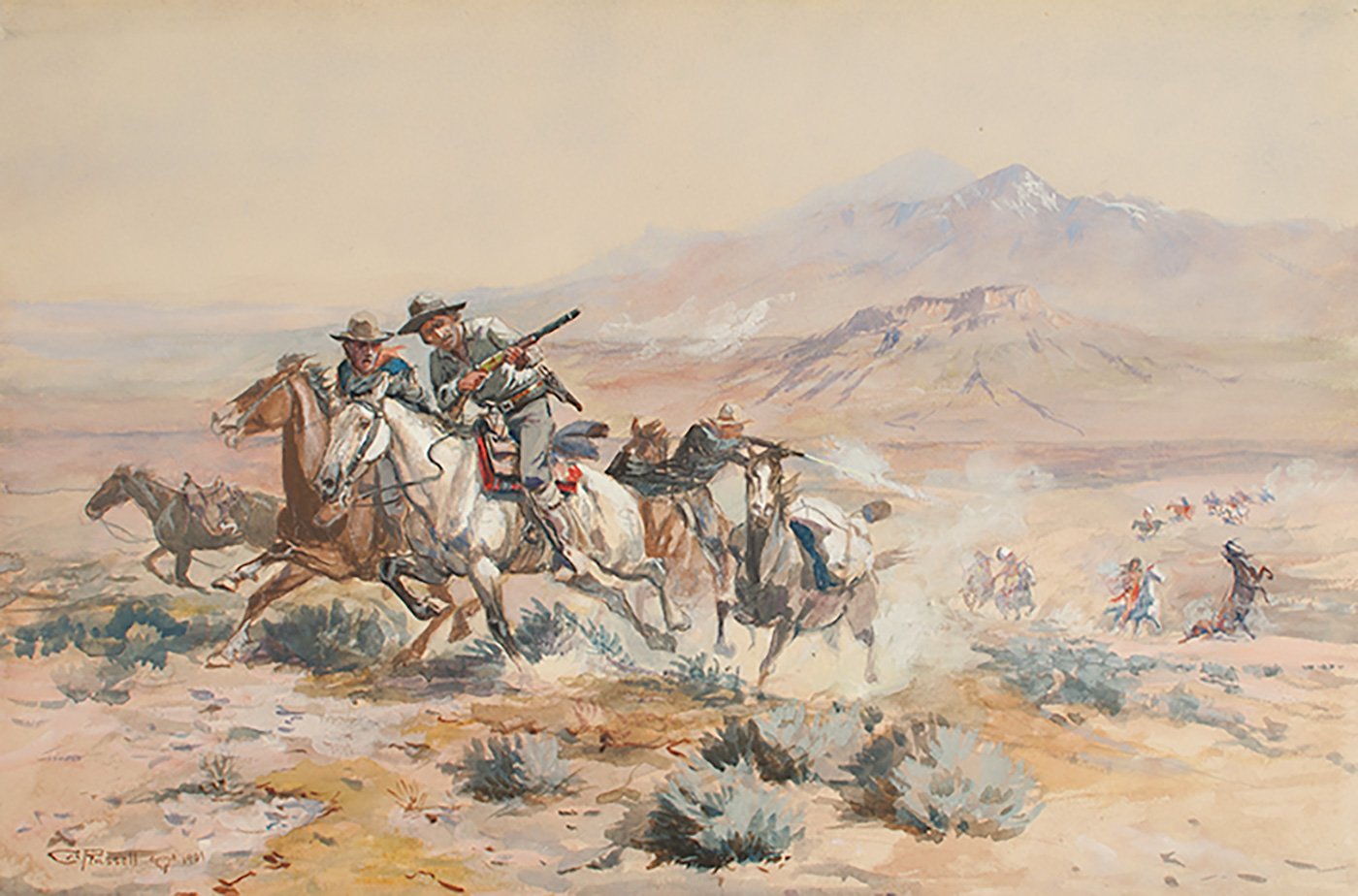