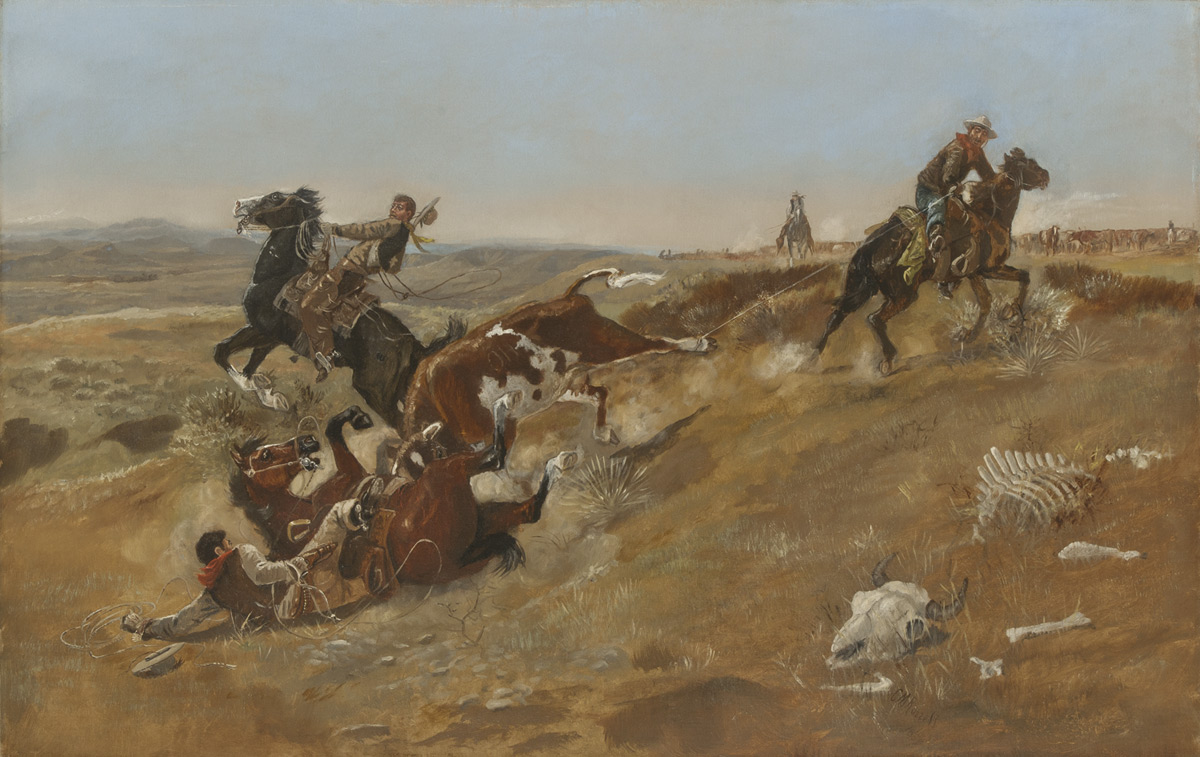 For over a century, the image associated with the Texas cowboys is a white man, like those painted by artists Charles Russell and Frederic Remington as found in the Sid Richardson Museum’s collection. Yet, one-quarter of the 35,000 cowboys who participated in cattle drives between 1866 and 1895 were Black. Less understood or appreciated is that many of these cowboys learned their craft while enslaved. We will explore the role of enslaved and free Black cowboys during the Republic of Texas and after statehood in Texas’s nascent cattle industry during this talk. These men participated in cattle roundups and short cattle drives, branding cattle and tending livestock. For many Black cowboys in the 19th century, their first job was managing horses and cattle from horseback. Some began breaking horses as young as ten or eleven years old. After the Civil War, many of these men continued to work on ranches throughout Texas. Some went on drives, but many stayed and continued working on the range. In their words, we will see how they broke horses, managed stampedes, and lived their lives. This talk will provide a window into the lived experiences of enslaved and free Black cowboys in Texas.

American Sign Language (ASL) interpretation may be provided during this event upon advance request.

Tall Tales | The End of Night