When Cowboys Get in Trouble (The Mad Cow) 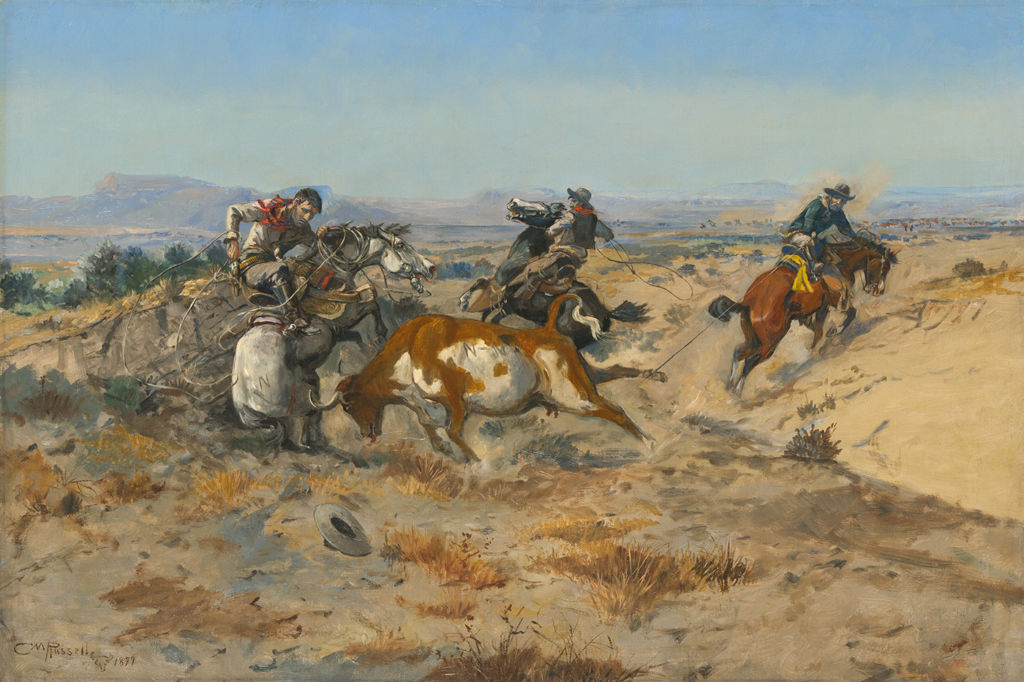 When Cowboys Get in Trouble (The Mad Cow)

Most cow work was routine. However, there were perilous moments in cowboying, and the incident shown here was one Russell painted several times. The cow, roped by the heel by the cowboy on the right, has lunged at the horse and rider, backing them against the side of a cutbank. A toss of its head and the horse will be gored. The cowboy reaches for his revolver as he scrambles out of the saddle to avoid being gored himself or crushed by his rearing mount. Russell implies more trouble ahead for the cowboy, since his gun hand is about to be snagged in the loop of his rope. The third rider, preoccupied with controlling his horse, is unable to come to his aid. The action is tense, the composition tight. The brand on the cow identifies him as being from the Niedringhaus N-N (N bar N) Ranch, one of the largest ranches in northeastern Montana where Russell had been an on-and-off again wrangler. In 1888, the N-N base camp was in Rock Creek, Montana, 20 miles north of the Milk River—so named by Captain Meriwether Lewis, who described the river as being of “peculiar whiteness…about the colour of a cup of tea with the admixture of a tablespoonfull (sic) of milk.”