Utica (A Quiet Day in Utica) 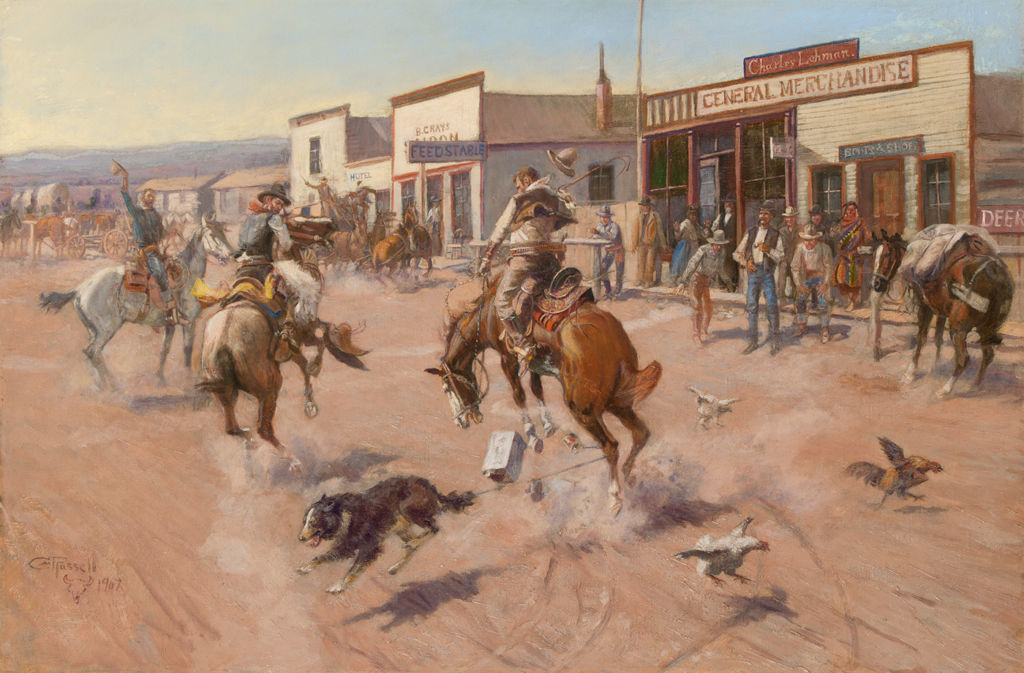 Utica (A Quiet Day in Utica)

The Lehman store in Utica, Montana, had already closed when this action painting of Utica’s main street was commissioned in 1907 by Charles Lehman’s sons to advertise the Lehmans’ Lewistown store. Russell created a portrait gallery of the Lehmans’ former Utica customers. Charlie Russell leans on the hitching post just in front of his old friend Jake Hoover. Charles Lehman lounges in the doorway. Frank Hartzell’s bucking horse and the tin-canned dog cause just enough excitement to bring a little wild to the West and enliven what would have otherwise been a dull day in Utica. Lehman’s sons neglected to ask the cost of this painting by their old customer. Expecting a watercolor, they received an oil instead. While telling their father it cost a hundred smacks the boys had to pay off the actual figure in installments.