Trouble On The Pony Express 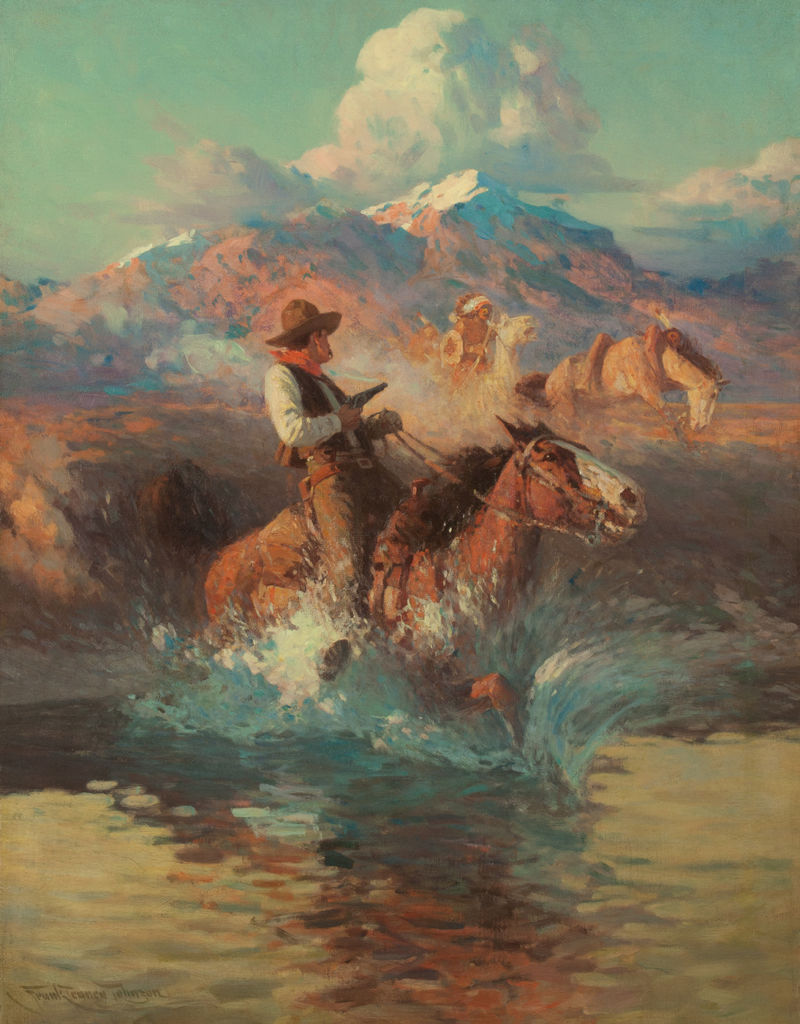 Trouble On The Pony Express

In 1904, Frank Tenney Johnson realized his childhood ambition to see the West, filling his reference files with oil sketches and hundreds of photographs of the subjects that would preoccupy him—cowboys, Mexicans, and native people of the Southwest. In 1912 he joined Charles Russell on a sketching expedition to the Blackfoot Reservation east of Glacier National park in Montana and fondly recalled camping with him. Charlie “liked my work and said so emphatically.” But Nancy Russell was another matter; Johnson remembered her coolness—she did not cotton to competitors. Johnson’s considerable reputation was based on his fluid painterly oils and his dramatic use of color. He favored nocturnes and sun-splashed scenes capturing the light early in the morning and late in the day when shadows and warm orange tones soften the floodlit clarity of mid-day.