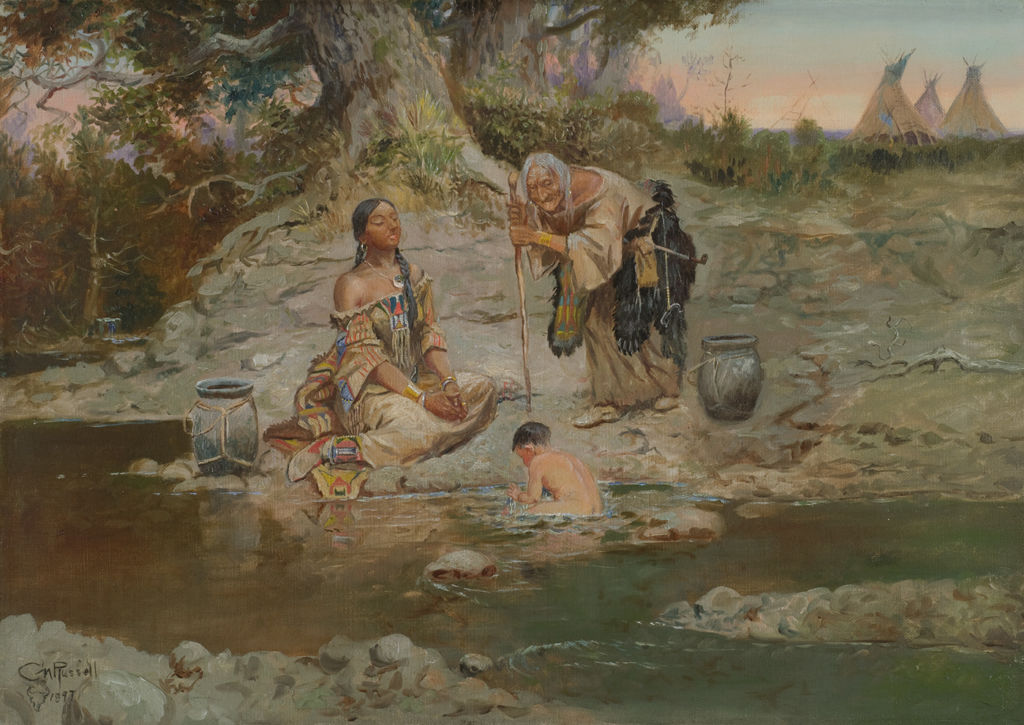 Throughout the 1890s and 1910s, Russell featured Native American women as prominent subjects trailing the hunt, or in the domestic sphere of the camp. While this work appears to be a straightforward family portrait, Russell seems to be addressing the traditional artistic theme of the three stages of life: infancy, maturity and old age. The triad is echoed in the painting by the three teepees seen in the distance. The young woman is similar to many of the idealized beauties Russell cast in his paintings around this time, while the old woman became an ubiquitous character in many works. In the Sid Richardson collection she shows up in The Defiant Culprit, 1895, and Captain William Clark of the Lewis and Clark Expedition Meeting the Indians of the Northwest, 1897.