The Thunder-Fighters Would take Their Bows and Arrows, Their Guns, Their Magic Drum 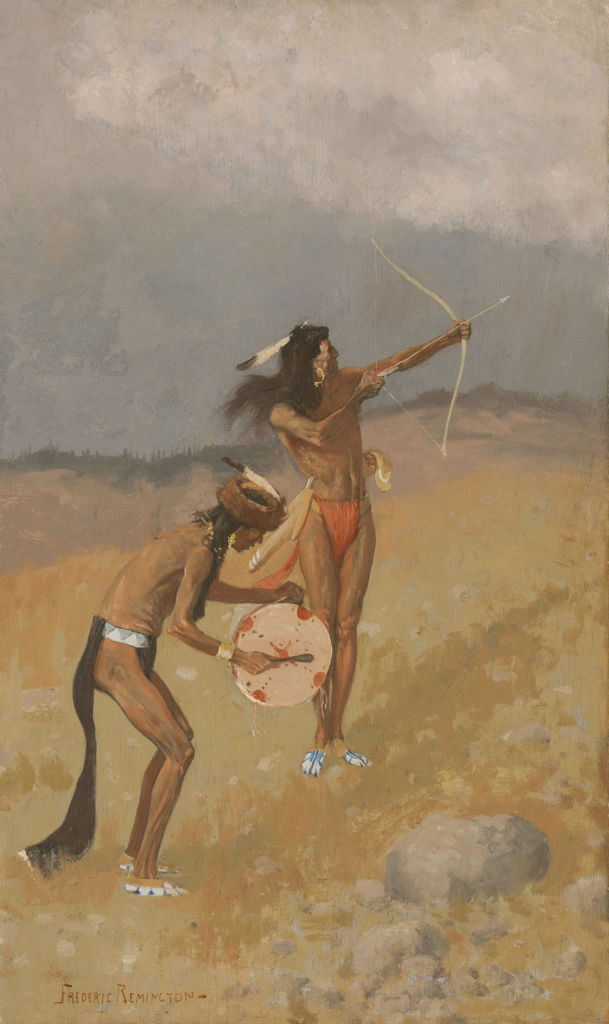 The Thunder-Fighters Would take Their Bows and Arrows, Their Guns, Their Magic Drum

In The Oregon Trail, author Francis Parkman recounts how an elder Oglala Sioux described thunder as “a great, black bird…with its loud-roaring wings. When the thunderbird flapped its wings over a lake, they struck lightning from the water. It is said to have wings with no body eyes with no face, and teeth with no mouth.” Remington’s accompanying illustration in the 1892 edition of Parkman’s book depicts Sioux “thunder fighters” braving a storm and their own fears to chase off the huge black thunder bird.

The original painting, in color, showed three figures trying to frighten the cloud down to the earth: in the foreground, a man beating a drum; in the middle ground, a man shooting an arrow; and, behind them, a third man standing, discharging his musket into the sky. Remington later painted over the third figure and the revised painting was offered at auction in New York in 1893 with a new title, The Storm Medicine. In early attempts to remarket his work, Remington occasionally repainted finished pictures.