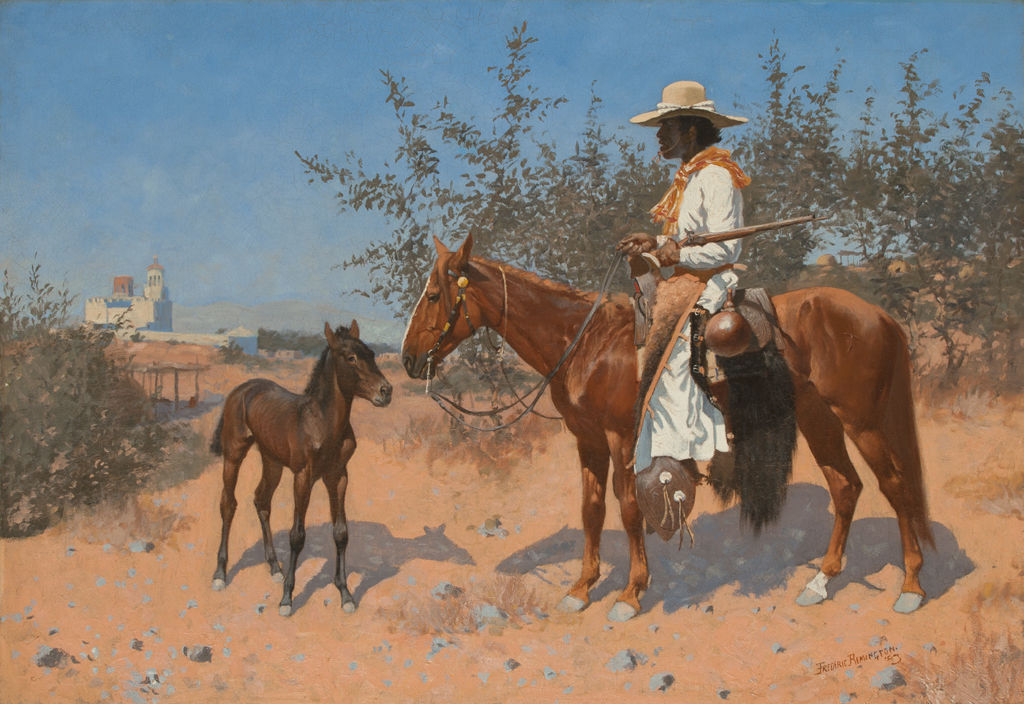 Painted in 1889, The Sentinel was inspired by an earlier trip to the Southwest that took Remington through Colorado, Arizona, New Mexico, and into Mexico. In the deserts of southern Arizona, Remington sketched the Tohono O’odham people, as they refer to themselves, or the Papagos, as they have been called by others. A peaceful people long under the sway of the Spaniards and Mexicans, the Tohono O’odham had no enemies, apart from members of the Apache tribes, who were a constant menace. Here, outside the mission San Xavier del Bac, a mounted guard keeps vigil. Remington published a sheet of twelve drawings, Sketches among the Papagos of San Xavier, in Harper’s Weekly, April 2, 1887. In this striking oil, he combined three of these drawings—a home, the mission proper, and the guard on lookout for Apaches.