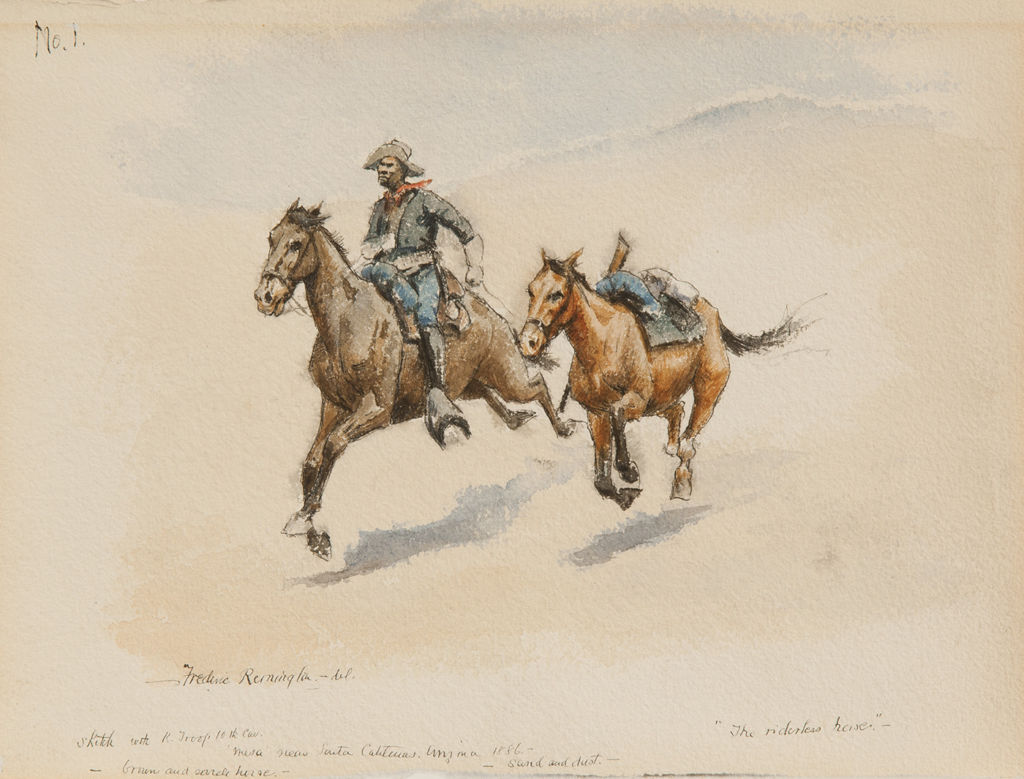 Remington was often called “The Soldier Artist” due to the large number of vivid battle scenes he painted during his career. Remington was in Arizona in June of 1886 as a correspondent for Harper’s Weekly covering the Geronimo campaign. He patrolled with Company K of the Tenth Cavalry, an African-American regiment in the Santa Catalina Mountains north of Tucson but saw no action. Although seeming to be eyewitness accounts, his sketches are based on imagination and tales recounted by the troops with whom he traveled. The Riderless Horse was reworked as one of thirteen sketches titled Types from Arizona published in Harper’s Weekly, August 21, 1886.