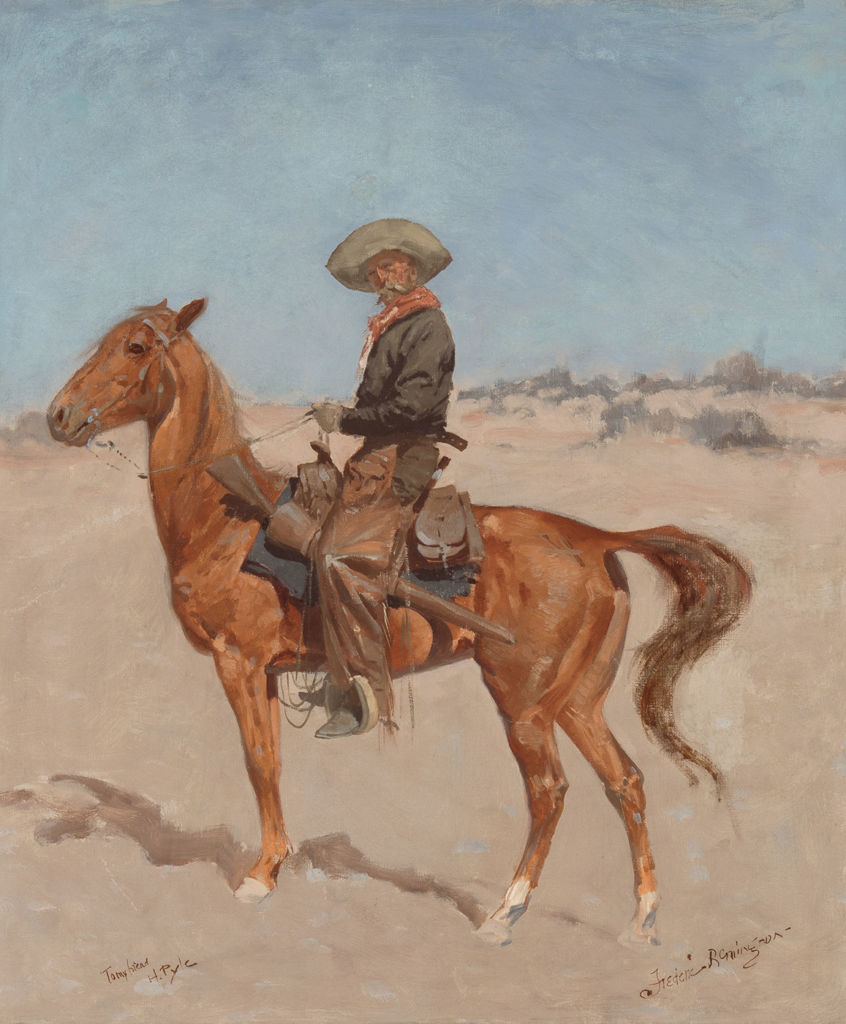 Painted in 1895, The Puncher was a trade with noted illustrator Howard Pyle in return for one of Pyle’s pirate illustrations, which had caught Remington’s eye when it appeared in a popular magazine. Remington wrote Pyle, “The pirate captain dead on the sand, if I get that I will worship you, it, and once more take stock in humanity. As for what you’ll get—anything I have. I have nothing which is good in oil . . . but whatever you see of mine that suits your fancy, is yours.” They eventually agreed on an exchange, Pyle’s dead pirate, for a cowboy to be made at a future date which resulted in Remington’s The Puncher. The grizzled and sun scorched face of the subject embodies the rugged individuals that Remington populated his works with throughout his career. Set against this simplified background, he elevates the figure to heroic status.