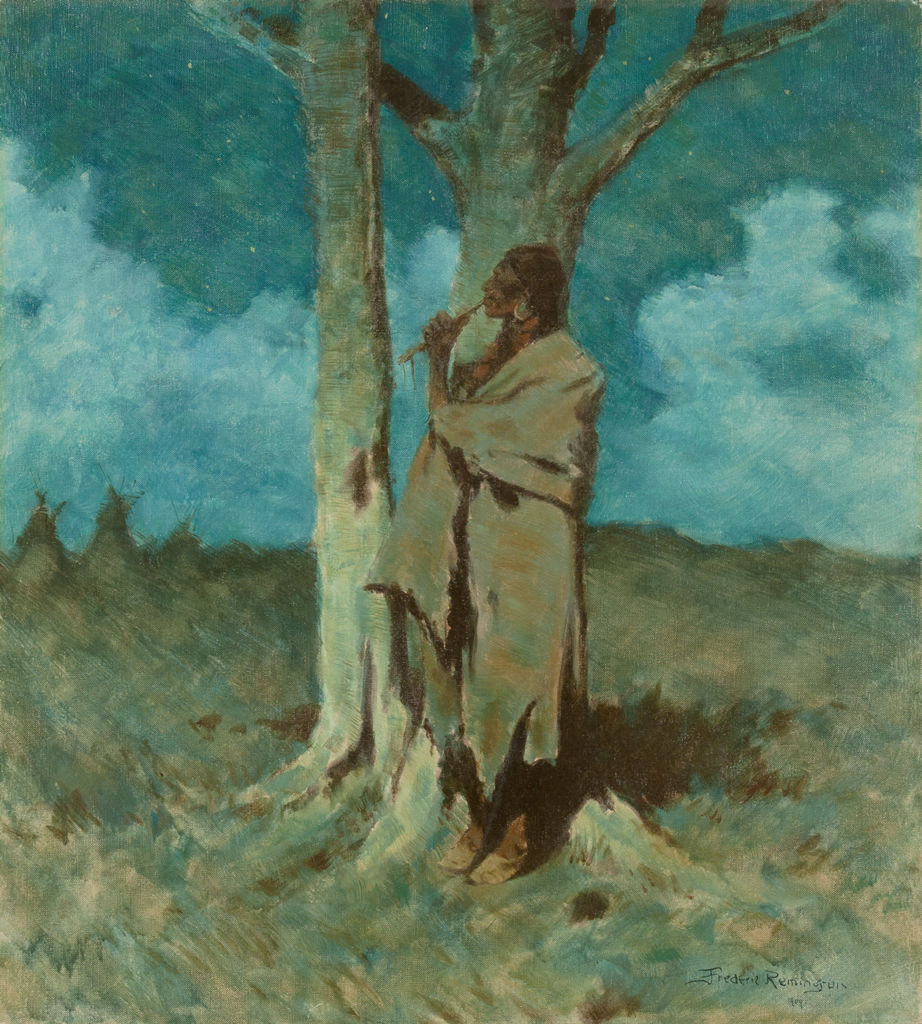 The Love Call depicts a lone indigenous man playing a flute beside a tree in the evening twilight. (Is he, perhaps, calling to his love?) At the time, critics differed on the romantic aspect of the painting, one stressing its poetic, feminine appeal while another called it an interesting landscape‚ realistically produced.” During an intensely creative period in July of 1909 Remington completed The Love Call in just one sitting. “I worked to great advantage—the color vibrated for me,” he wrote in his diary on July 6, 1909. He recorded that he also worked on two other paintings that day and still had time to be concerned with the day-to-day events of his neighbors’ lives. The painting was used as a backdrop for the meeting of Pope Paul VI and President Lyndon Johnson in October, 1965 at the Waldorf Astoria in New York City. The Love Call was only exhibited twice from the time it was painted and then remained in private collections until 1996 when it was acquired by the Sid Richardson Museum.