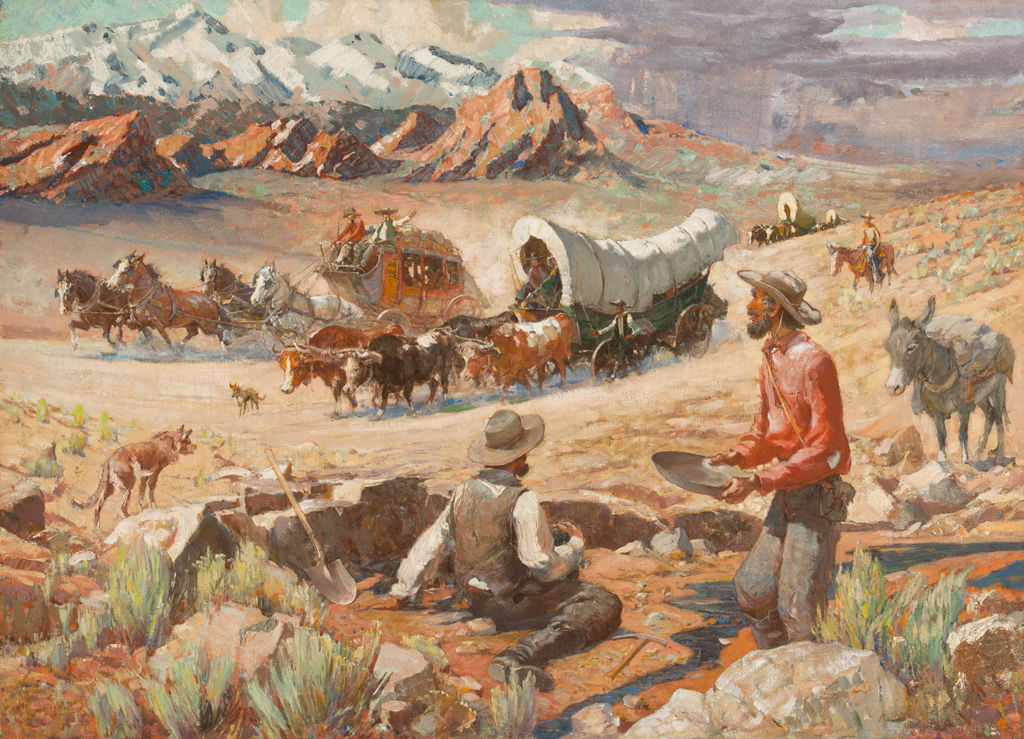 Oscar Edmund Berninghaus was an established commercial artist when he visited New Mexico in 1899 and became “infected with the Taos germ.” Berninghaus painted many indigenous American subjects giving them the full Taos treatment but also created works in which horses and humans were reduced to inconspicuous elements in the spectacular mountainous landscape that lured painters to northern New Mexico. He did paint Western historical pictures and a series of oils on the theme of early western transportation. The Forty-niners in subject matter and style forms part of this less familiar body of his work. The conjunction of stagecoach covered wagons and prospectors west of the Sierra Nevada range gave it an allegorical quality. It is the artist’s unapologetic tribute to westward expansion.