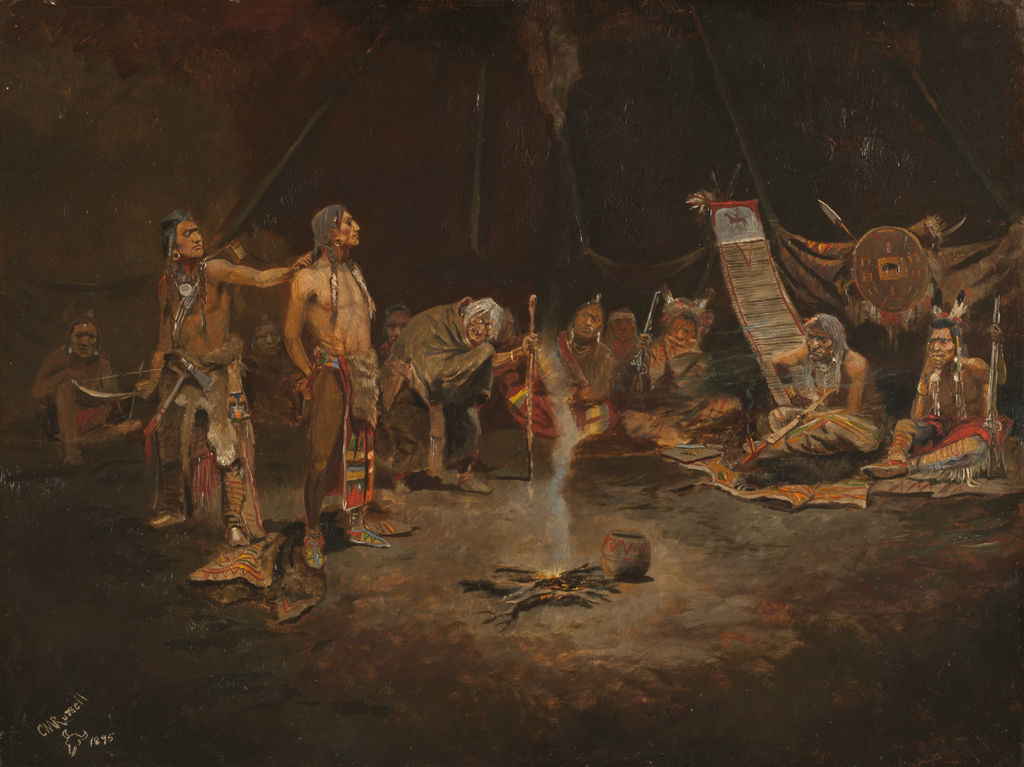 Lacking specific information on the incident portrayed here, it is a fair guess that the “defiant culprit” has been captured on a horse raid and is now about to pay the price of his audacity. Clothing and hair styles suggest that a Sioux warrior is facing his Blackfoot captors. Russell has underlined the melodramatic nature of the moment by throwing the tipi into deep shadow allowing the flickering firelight to play over the stern features of the culprit’s judges and the stooped figure of the old woman. The long arm of the law literally rests on the culprit’s shoulder while he stands with his blanket dropped at his feet vulnerable in his nakedness but arrogant in his pride. “It’s their religion to die without a whimper,” Russell wrote in one of his American Indian stories.