The Courrier du Bois and the Savage 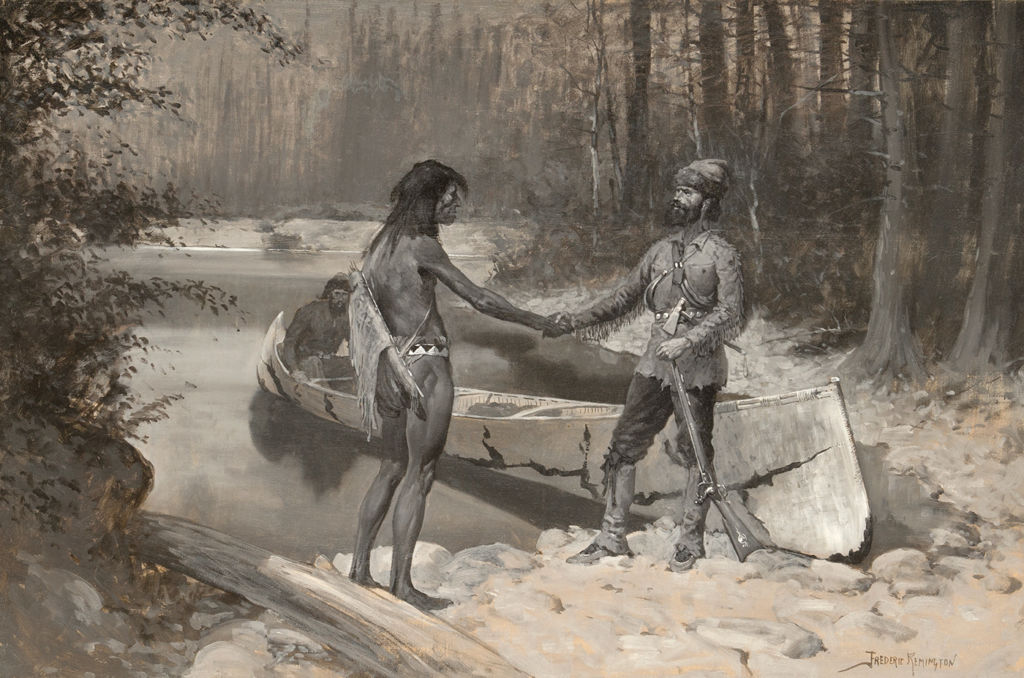 The Courrier du Bois and the Savage

The fur trade was a business proposition. It involved Indigenous and white people in what both considered a beneficial exchange, symbolized by the handshake that spans racial and cultural barriers in Remington’s The Courrier du Bois and the Savage. This black and white oil illustrated an article by Julian Ralph, a good friend of Remington’s, who was narrating the early history of the Hudson’s Bay Company in the Canadian Northwest. In the article he wrote that, before the Bay men came, there were “the French from the Canadas and the coureurs des bois or ‘runners of the woods’ “: “They were hardy adventurous stock and they loved the free-roving life of the trapper and hunter. Fitted out by the merchants of Canada they would pursue the waterways, which there cut up the wilderness in every direction, their canoes laden with goods to tempt the [Indigenous people] and their guns or traps forming part of their burden. They would be gone the greater part of a year and always returned with a store of furs to be converted into money which was in turn dissipated in the cities with devil-may-care jollity.” The coureurs du bois were precursors to America’s storied mountain men.