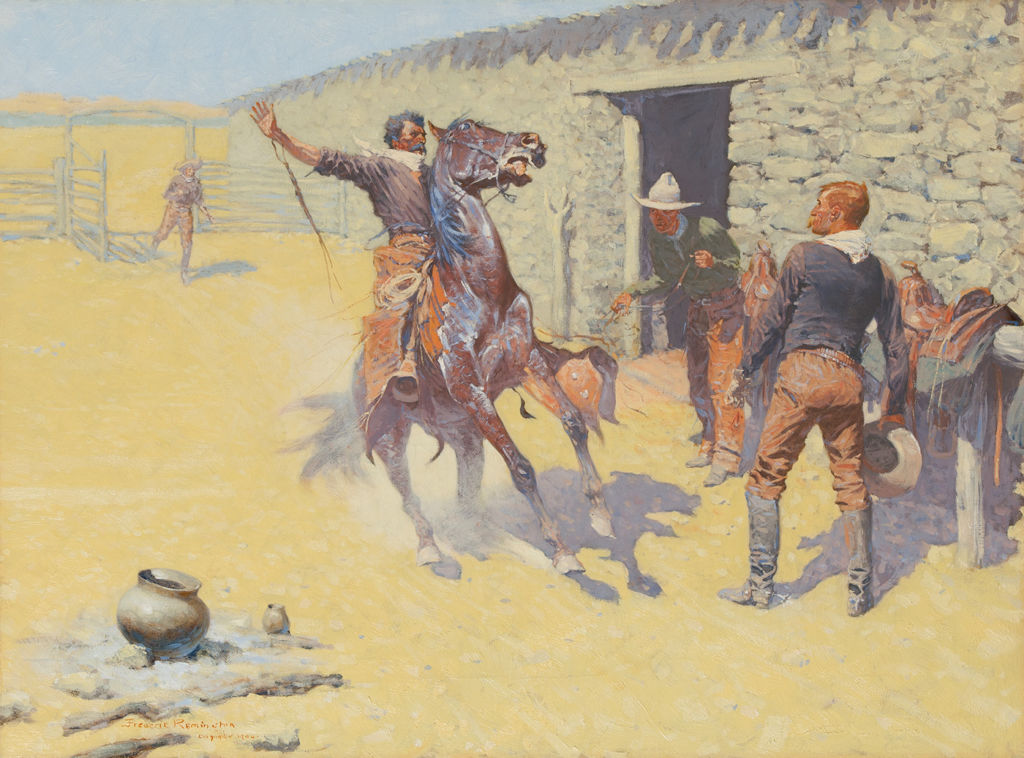 Responding to a readership’s fascination with the Apaches and in particular Geronimo, Remington painted The Apaches! He had previously portrayed the Geronimo campaign in 1886 in Harper’s Weekly with his sketch, The Apaches are Coming. Remington was familiar with the fearsome reputation of the Apaches through stories from the Army. The Apaches! illustrates the moment when a terrified cowboy brings the news of approaching Apache warriors. As he did on several other occasions, Remington returned to a favorite theme, reworked it in a more sophisticated style and color sense that marked his evolution as an artist in the first decade of the twentieth century.