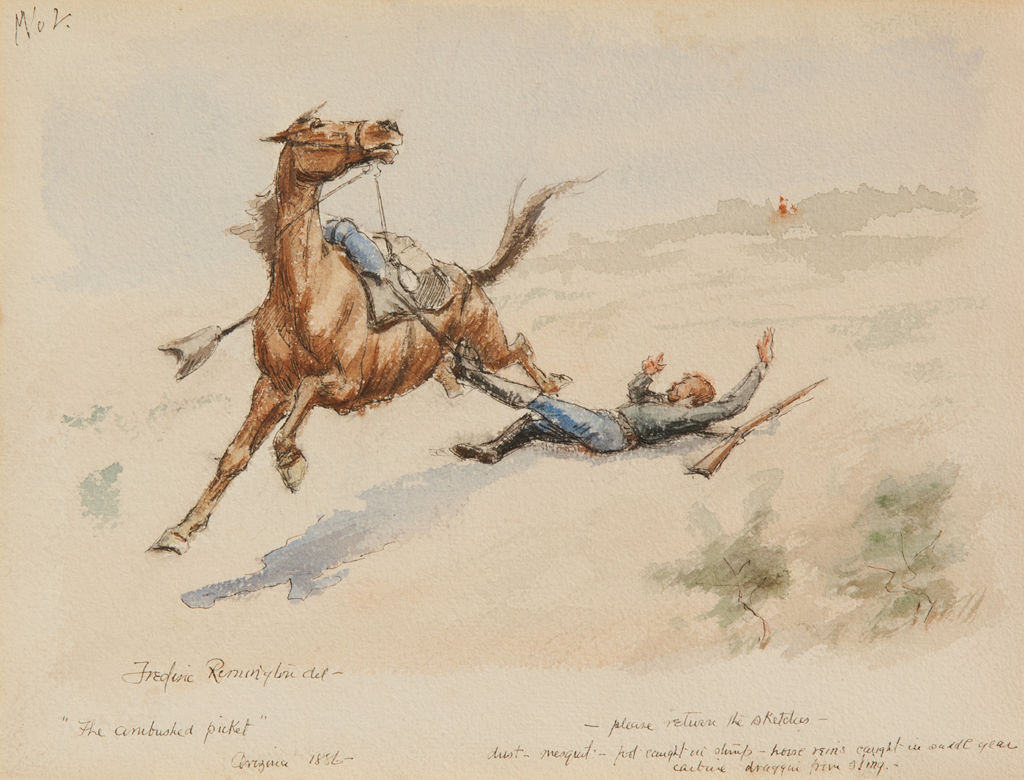 The Ambushed Picket, representing a dramatized moment during the Geronimo Campaign, illustrates the potential danger in battle, not an actual incident witnessed by Remington. Remington, as an illustrator, routinely took liberties with fact, blending it skillfully with imagination. He knew that much of what he wanted to paint was already in the past. “D— the future” he wrote to an officer friend in 1890. “Soldiers by profession deal in the future, artists deal with the past though. I don’t care a d— what you cavalrymen are going to do—its what you have done.”