The Ambush (The Road Agents) 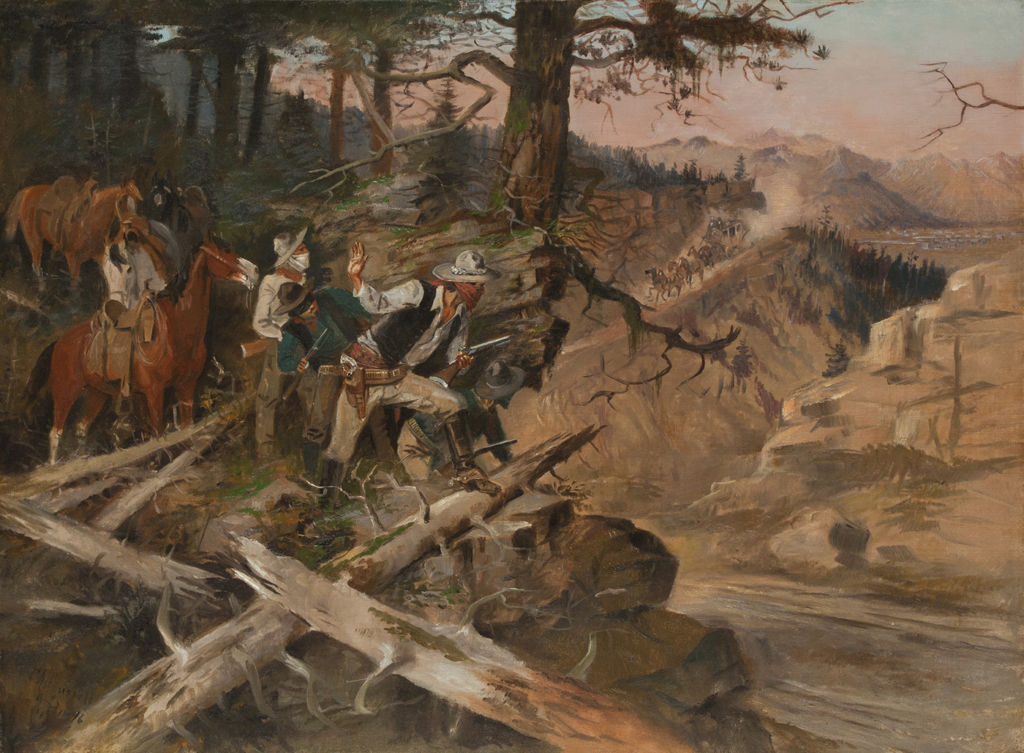 The Ambush (The Road Agents)

Russell was fascinated with a gang of Black Hills hold-up men, active in the late 1870s, led by “Big Nose George” Parrot who was later arrested and hanged by vigilantes only a year after Russell arrived in Montana, an impressionable youth of 16. Although their activities frequently included violence and cold-blooded murder, Russell often made the bandits appear more comical than threatening. Realism simply lost out to his conviction that everything was better in the old days.