Self-Portrait On A Horse 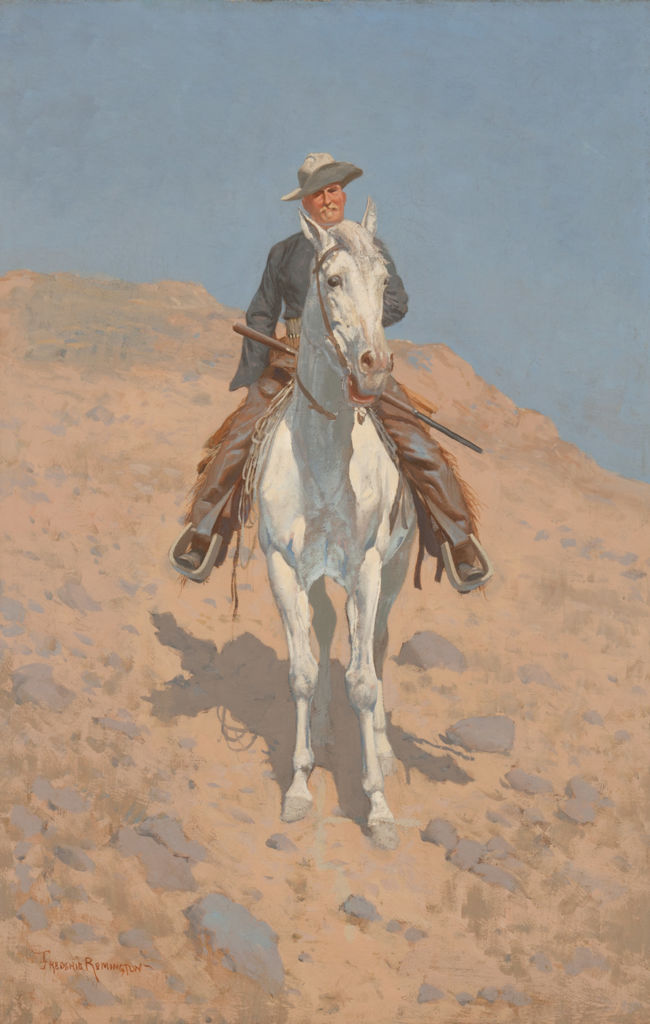 Self-Portrait On A Horse

In paint and prose Remington paid enduring tribute to his ideal, the officers and men of the U.S. Army. Yet, he realized that not being a professional soldier himself permitted him to romanticize the soldier’s calling. When he came to paint himself into the West he was immortalizing, it was as a cowboy. Although he never worked as one, he claimed to know “that gentleman to his character’s end.” Asked about the audience for his art Remington replied in 1903, “Boys—boys between twelve and seventy….” Here in his only full-fledged self-portrait we have a boy of nearly thirty dressed up as a cowboy on a white horse under one of those skies that are not cloudy all day. The angle is heroic. Horse and rider tower over the viewer who has no choice but to gaze up at them. Youthful fantasies can be realized.