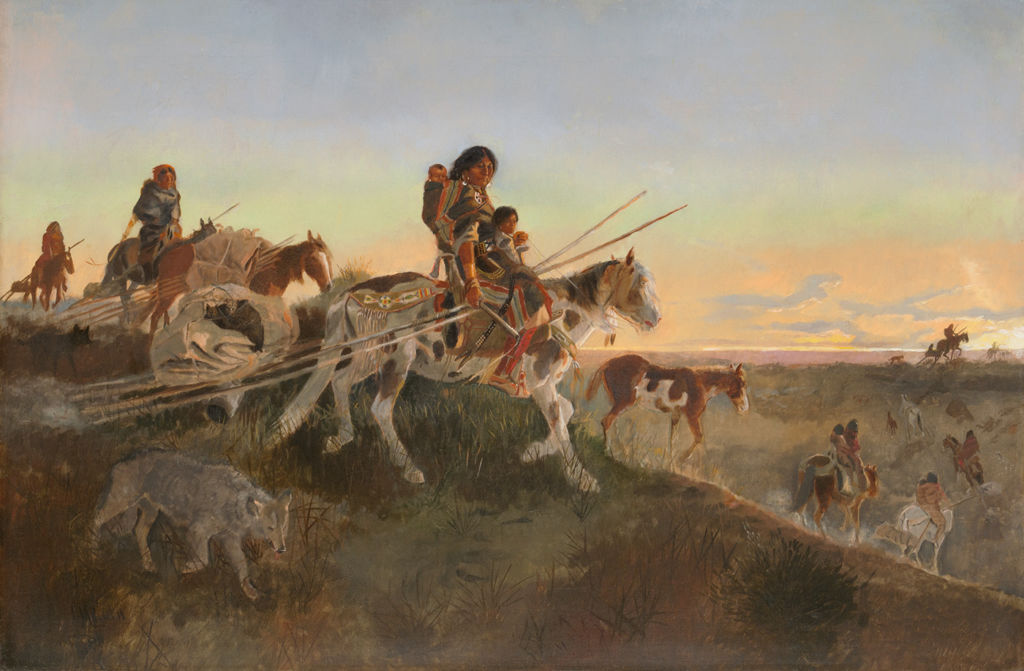 Indigenous Americans moving camp was one of Russell’s favorite themes before the turn of the century. Seeking New Hunting Grounds, with its almost photographic detail, is an excellent early oil. While the men rode ahead and guarded the flanks, the women moved their children and worldly possessions, dragging their lodge coverings and other possessions on tipi-pole travois behind their horses. This painting could easily be called “Families” in recognition of the mare and her gangly colt, the wolfish dog with its puppies riding in the cook pot, and the American Indian mother and baby wrapped in her blanket and her next youngest mounted in front. Ideally a Blackfoot family on the move used three packhorses but reality was something else and here Russell shows one packhorse doing double duty.