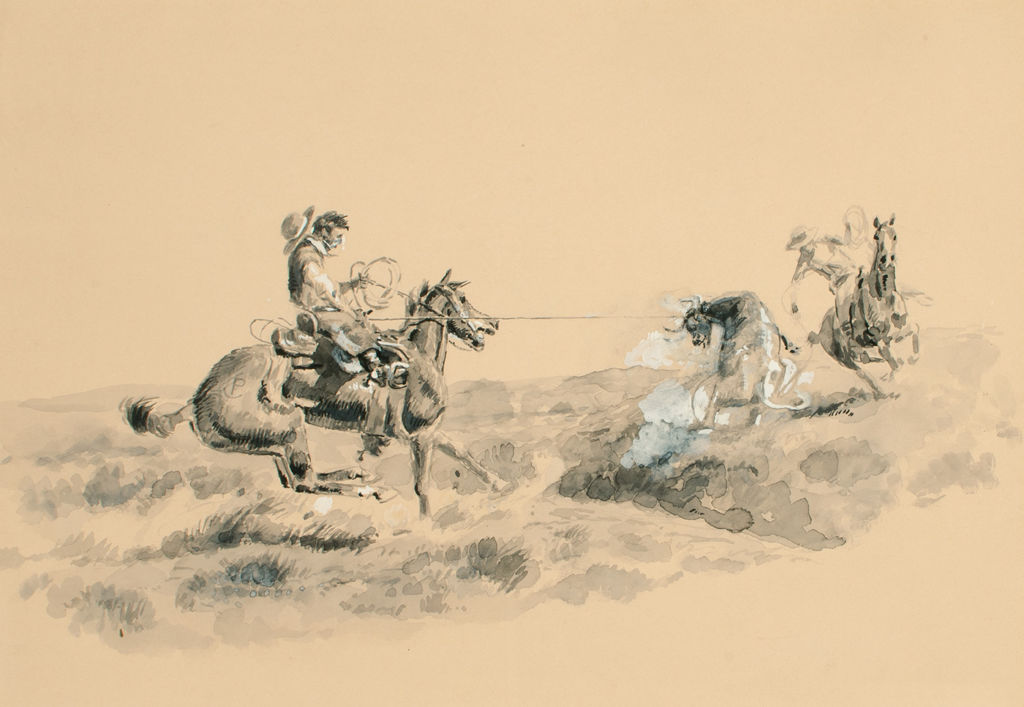 This painting, probably done around 1925-1926, takes us back to Russell’s years as a cowboy and his watercolor Roping the Renegade, the first and last works by Russell in the Richardson Collection. Both show a cowboy taking his “dally welts” while his partner attempts to drop a second loop on the cow. As Ramon F. Adams wrote in his book The Old-Time Cowhand: “Judgement of time and distance was half the battle in good ropin’. Top ropers seem to know by intuition the proper time to throw.” Here the roper’s problems are compounded since the cow has already been caught and is struggling to pull free. But the throw is accurate and the animal is about to have its hind feet pulled out from under it. Executed in black watercolor with touches of opaque white, the work is almost more drawn than painted. The linear hatching that defines the animals and figures in the scene relate closely to a series of pen and ink sketches that Russell produced in the 1920s.