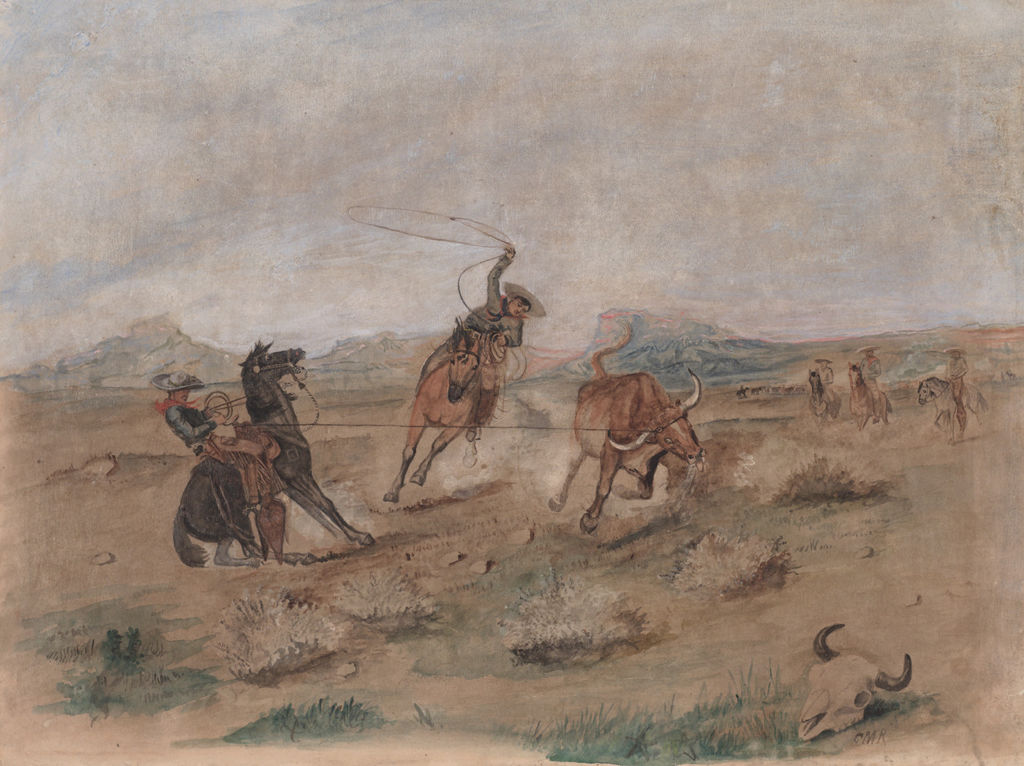 This painting was done as early as 1883, at a time when “Kid Russell” was still learning the ropes both as a cowboy and artist. He first worked as a horse wrangler with the Judith Roundup in the spring of 1882 and the next year as a cowpuncher on the Shonkin range in the southern extremity of Choteau County below Fort Benton. With the watercolors and brushes that he carried rolled up in a pair of socks Russell recorded what he saw. Most of his later roping scenes depict moments of high drama and danger but in 1883 the typical still engrossed Russell because it was all still novel to him. Here he shows a rider who has lassoed a bolter with his rope wrapped around his saddle horn and is bracing to hold the steer while his partner rides up to drop a second loop.