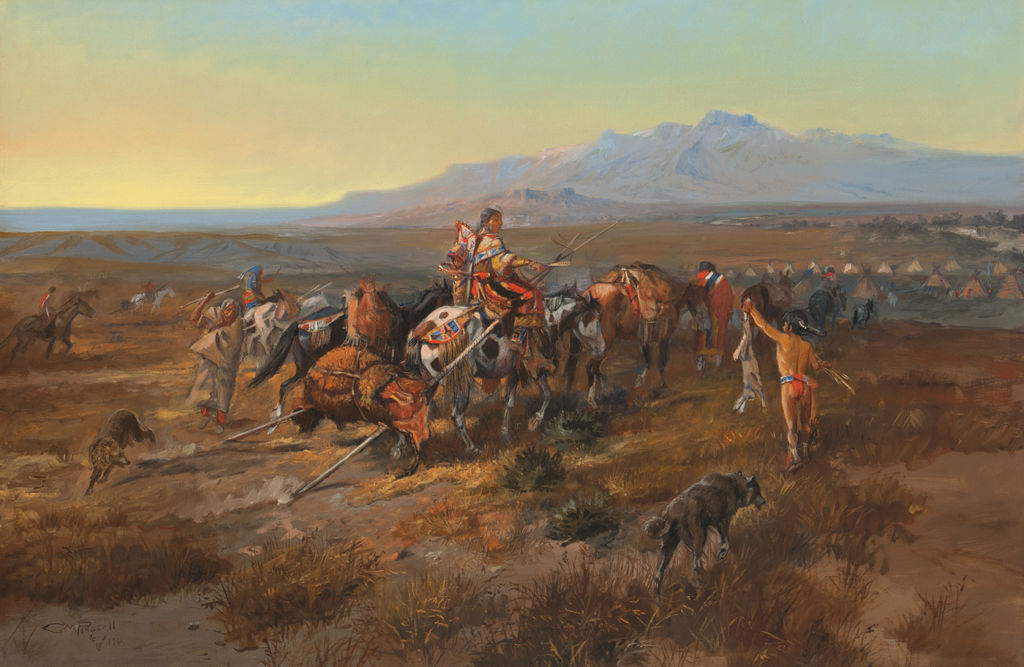 In this sequel to Buffalo Hunt, the hunters, having butchered the kill, have ridden ahead, leaving the women and boys to transport the spoils of the chase back to the village by travois or on the back of pack horses. Returning to Camp is full of human interest and rich in the kind of detail admired in Russell’s work. A mother, watching her son display the trophy of his chase, knows that soon he, too, will hunt the mighty buffalo. An elderly woman drives off one of the wolf-like dogs, frustrated in its effort to partake of the feast so tantalizingly near. For many, the buffalo provided food, clothing, home and tools, a point Russell made visually in this oil. Returning to Camp was purchased by Sid Richardson in 1942, the first year he began collecting.