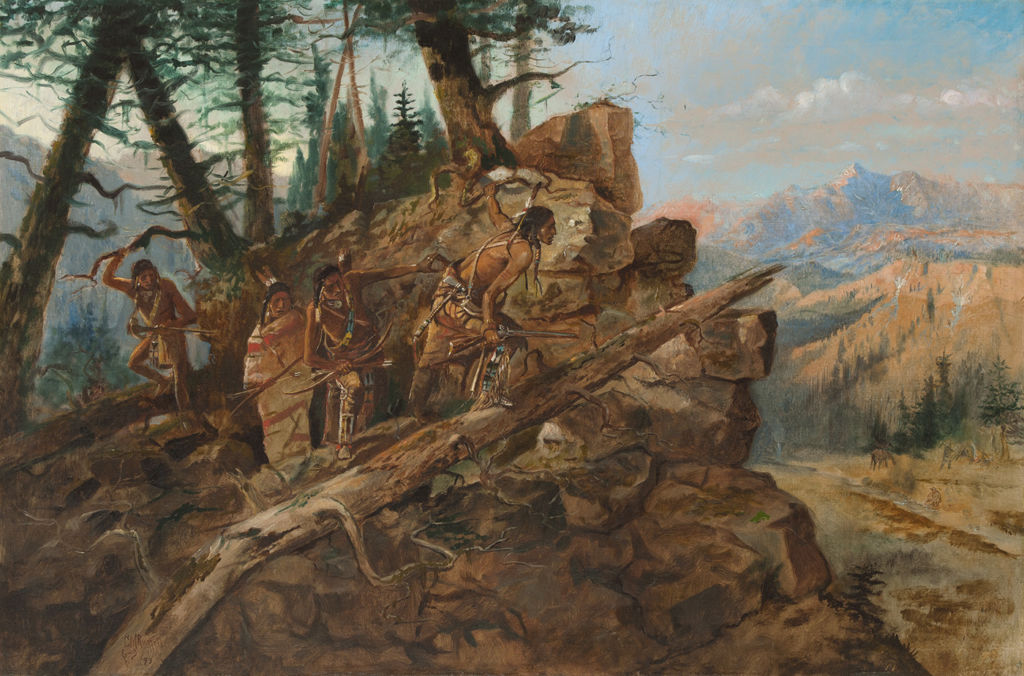 In Plunder on the Horizon, a companion piece to Trouble on the Horizon, American Indians emerge from a tangle of trees to spy on three prospectors panning for gold in the stream below. They are clearly calculating the odds and planning a surprise attack on the unwary prospectors, who are about to relax over a meal. At the time he painted this piece, Russell had not yet fully developed the empathy for the Indigenous peoples that he acquired later. Here he depicts the American Indians as pure products of the wilderness from which they are emerging to spy on the men below. Soon after, Russell quit cowboying on the range and settled down, American Indians almost always appeared in his art in a more sympathetic light.